Oyinlola Will Turn Around The Fortunes Of NIMC – Eze 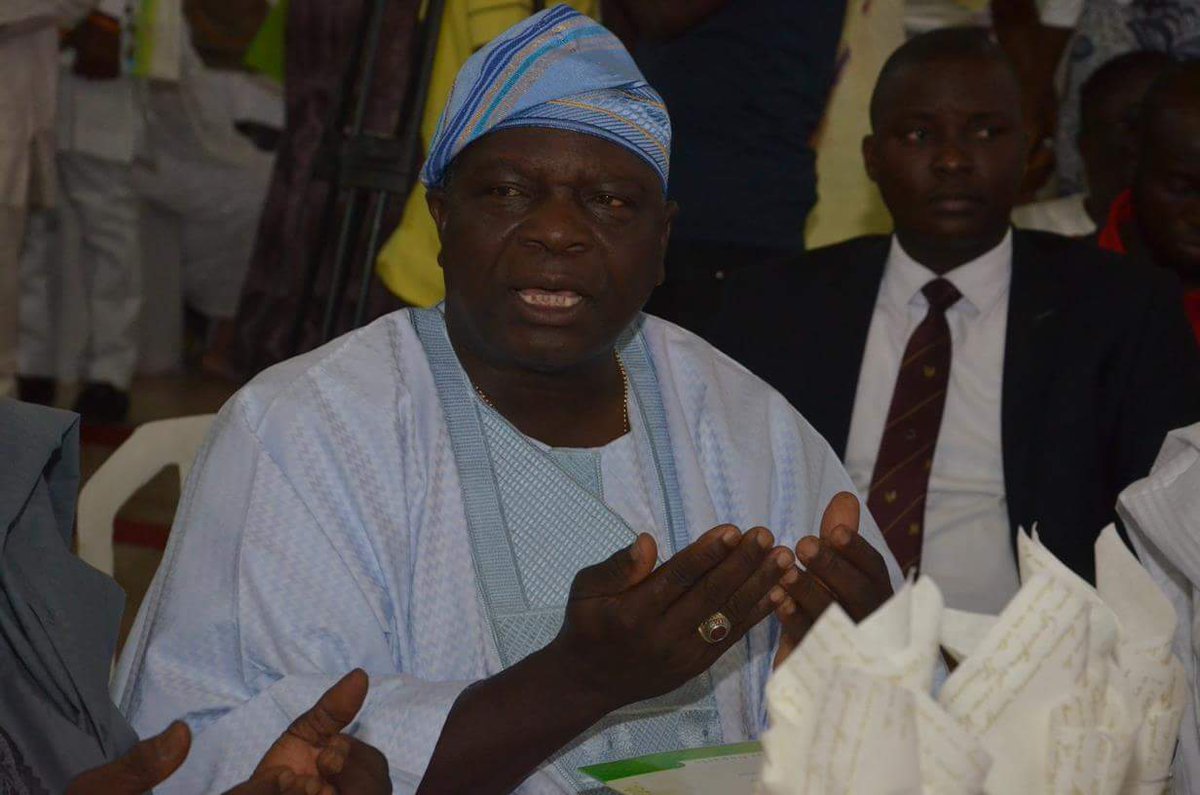 …Describes his appointment as in order, recognition of hard-work and patriotic disposition

The recent appointment of Prince Olagunsoye Oyinlola as the new Chairman of the Board of the National Identity Management Commission (NIMC) has been described as a development that will change the fortunes of the Commission for the better.

This assertion was contained in a statement issued on Wednesday in Abuja the National Capital by Chief Eze Chukwuemeka Eze, an associate of Prince Oyinlola and National Publicity Secretary of the defunct New Peoples Democratic Party (nPDP), one of the parties that merged to form the ruling All Progressives Congress (APC). Prince Oyinlola was at various times Secretary General of PDP and nPDP.

According to Chief Eze, “Prince Oyinlola’s appointment as the new Chairman of the Board of NIMC didn’t come as a surprise to me and others who know him. An astute administrator and patriot, Prince Oyinlola made great sacrifices towards the formation of APC and her victory in the 2015 general elections.

“Having worked closely with him in the past, I can confirm that this retired Army General, one time Military Governor of Lagos State and former Civilian Governor of Osun State, is a first-class manager of men and resources.

“One thing that helps Prince Oyinlola to achieve results is his legendary humility. Despite that he is a Prince of high repute, his great feats and high pedigree; he bonded very well with us during our days in nPDP. He motivated and carried us along as one team committed to make a change in the politics of our dear Nation.

“Even after our victory during the 2015 general elections and when nobody talked about the need for his appointment to appreciate him for his sacrifices, he still kept his cool. To me, Prince Oyinlola is truly a study on how leaders should conduct themselves in the face of challenges. Now that God has done it with the Federal Government announcing his appointment as the new NIMC Chairman, I am convinced, knowing his astuteness, that he will surely do a great job of this new task.

“I have much faith that Prince Oyinlola will turn around the fortunes of NIMC knowing his antecedents, pedigree, patriotic zeal and commitment to excellence.

“Hearty congratulations to my boss and Leader. May God bless you and may this new appointment be the beginning of your greatness in the politics of our Nation.”

With his recognition some of us are still very hopeful that one day we shall be remembered.

No Difference In Intelligence, Capacity And Resourcefulness Between A Boy And A Girl –  Osinbajo