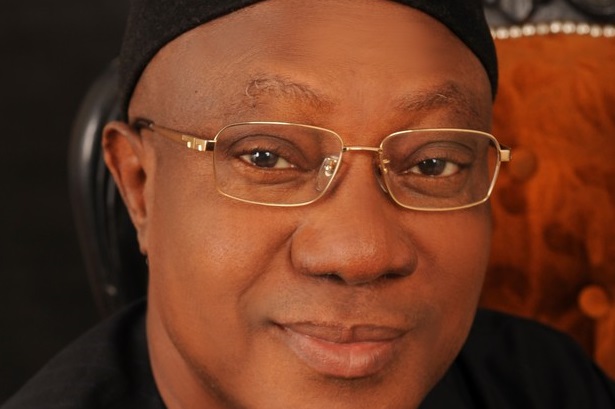 Ahead the fast approaching 2017 governorship poll, the long-drawn internal crisis rocking both the All Progressives Grand Alliance (APGA) and the People’s Democratic Party (PDP) respectively in Anambra state have apparently assumed a very troubling dimension within the week.

A mass decamping of no fewer than fifty thousand (50,000) members across the state into the All Progressives Congress (APC) was witnessed.

On hand to receive them was the state executive of the APC led by its visibly hardworking chairman, Barrister Emeka Ibe who described the event as “memorable and long expected”.

The event took place at the premises of the former 2013 APGA governorship candidate in the state and international leader of the popular Osisioma Foundation, Dr Chike Obidigbo who led the exit door.

The event attracted members of the foundation from across the country.

In his remarks, Dr. Obidigbo disclosed that APC was not the first or only political party to approach them, but got the nod because “it is peaceful, has the political muscle and national spread.

“It’s not always wise to stay on the fringe, because the nation’s democratic system was such that one need to be there when issues were being discussed for you to be properly accommodated”.

He disclosed that the APC Chiefs had come to lobby Osisioma Foundation members to join the party having found their ideology, spread and numerical strength attractive.

Obidigbo told journalists that he sees the APC as the place to be if the South East geopolitical zone must be heard and positively considered in the national scheme of things in the nation now.

An executive of the foundation, Col Geff Onyejegbu (rtd) said it was established to be a vessel to empower the nation’s youth and redirect those going astray due to social challenges.

And that they now want to take the foundation beyond the South East to the national through the instrumentality of the APC as the ruling party.

A chieftain and leader of the APC in the state, Chief Azuka Okwuosa who also on hand to receive the new entrants.

He pointed out that Dr Obidigbo has deep knowledge and experience of life having traversed the lecture halls of higher institutions across nation’s and continents, as well as vast business/investment world.

Okwuosa described him as ever ready to touch and transform lives of citizens.

Chief Buzogu Chidi, an APGA chieftain from Anambra North one and a key member of the Osisioma Foundation, hailed the mass dumping of APGA and PDP by the members of the foundation who cut across party and non-political activists.

He said it would affect to a large extent the re-election hopes of the incumbent Gov Willie Obiano who incidentally come from the North zone.

Chief Ejike Uche, aka Dimkpa Asaa, a former leader of the APGA in the zone, leading others from Imo, Enugu, Ebonyi, Abia, Delta and Rivers state amongst other states were on hand to support them.

This development has created intense panic within the ranks of APGA and the PDP who have resorted to nocturnal meetings in a bid to salvage the situation and see if they would prevent the APC from taking over the state.

Unfortunately, none of them who wore long faces was ready to speak on the matter after each of their numerous meetings.