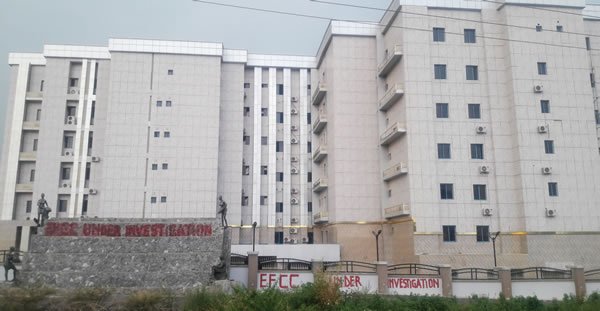 The former First lady, Dame Patience Jonathan has recovered the hotel which was sealed off by the Economic and Financial Crimes Commission [EFCC] in June 2017 valued at over two billion naira.

The hotel is located near Setraco Construction Company, off the Mabushi-Kado Expressway in Abuja.

Recall that EFCC had placed red inscriptions all over the building that reads: “EFCC Under Investigation”.

Elombah.com, however, gathered that the inscriptions had been covered with grey paint.

When asked to comment on the current status of the building, the spokesman, Mr Wilson Uwujaren was quoted as saying he did not know much about the seizure of the building and thus could not say if it had been returned to Patience or not.

He reportedly said: “I have spoken to the appropriate people but I was not able to get any answer on the matter.”

In the meantime, lawyer to Mrs Jonathan, Ifedayo Adedipe (SAN) said he was not aware of the seizure of the property but quickly added that he has sued the EFCC for abuse of her human rights and human dignity on her behalf.

According to him, the matter is pending before the Federal High Court in Abuja and everything has been included in that suit.

Speaking to newsmen, he said: “We are challenging all the seizures because without prejudice to our case, Mrs. Jonathan was neither a public officer nor a contractor.

“So, the idea of harassing her beats my imagination.

“I don’t see the basis for the EFCC’s harassment of that woman and the case wears a political toga because she was a formidable element during the campaign,” he concluded.

Buhari: Nepotism Smelling All Over Nigeria – By Dr. Junaid Mohammed