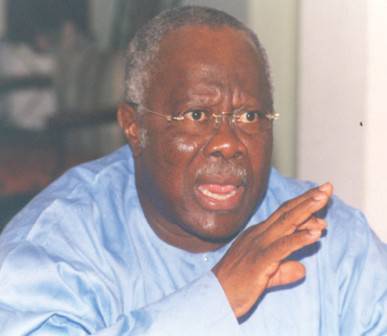 Governor Wike and Secondus visited Bode George at his Maitama home, Abuja, to seek his cooperation following the rancour that followed the national convention of the party.

Bode George, who was one of the chairmanship aspirants, had stepped down less than 24 hours to the convention, describing the event as a charade.

He had also lambasted the Rivers State governor for saying the people of the South-West did not deserve to produce the chairman of the party.

Secondus told George that he would work with everyone and nobody would feel marginalised in the party.

Confirming the meeting with George to Punch on Monday, Secondus said the former deputy national chairman of the party remained his boss.

He said, “Yes, we met. Chief Bode George remains my boss and I will always cherish him.

“I have tremendous respect for him and I will need him in the task ahead.”