Nigeria’s ruling party, the All Progressives Congress (APC), has lamented that Nigeria is fast becoming a one-party state largely due to the irresponsible, rudderless opposition offered by the Peoples Democratic Party [PDP].

APC was reacting to a press statement by PDP wherein the party accused President Muhammadu Buhari-led federal government of embarking on moves to gag the media, subjugate Nigerians and curtail their constitutionally guaranteed freedom of expression.

PDP, in a press statement issued by its National Publicity Secretary, Mr. Kola Ologbondiyan, castigated the decision by President Buhari to impose stringent regulations on online media and broadcast organisations as recently announced by the Minister of Information and Culture, Alhaji Lai Mohammed.

See the report of PDP accusation below:

Reacting in a statement, APC lamented that democracy cannot be said to be fully operational in a situation where the supposed ‘main’ opposition party can be seen to be on a wild goose chase. 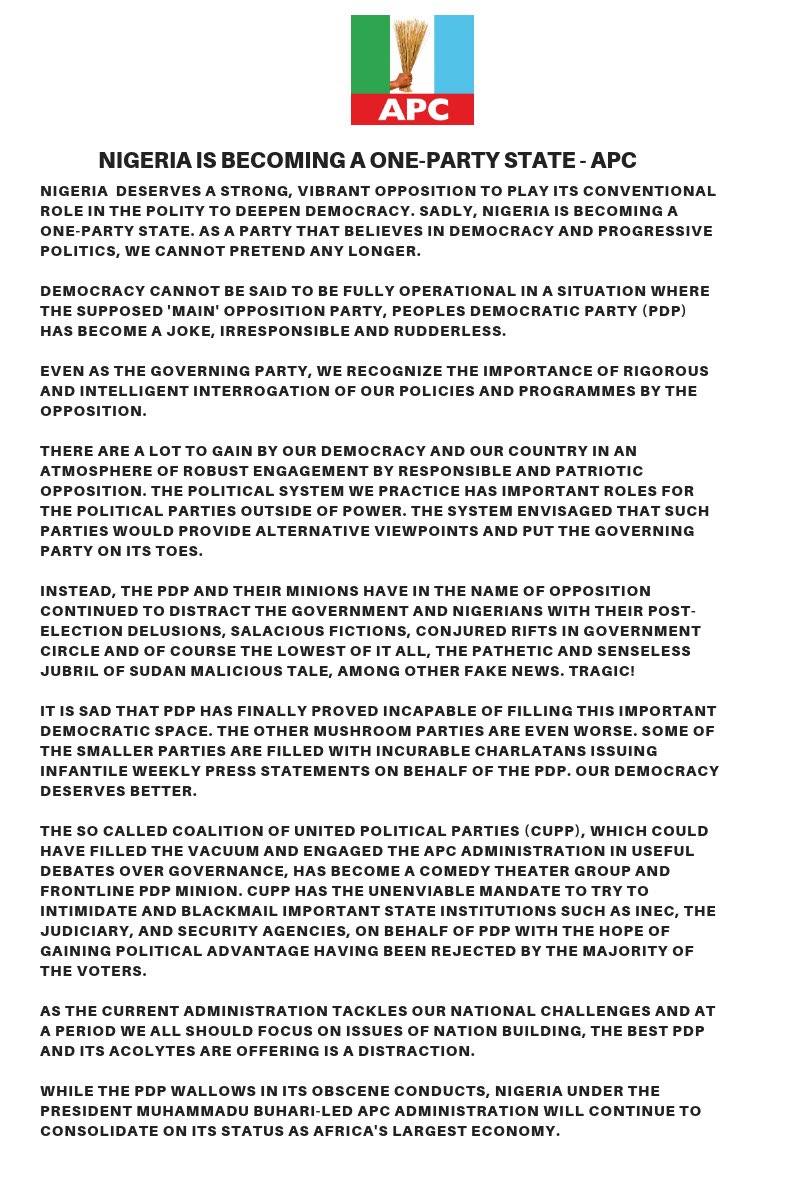 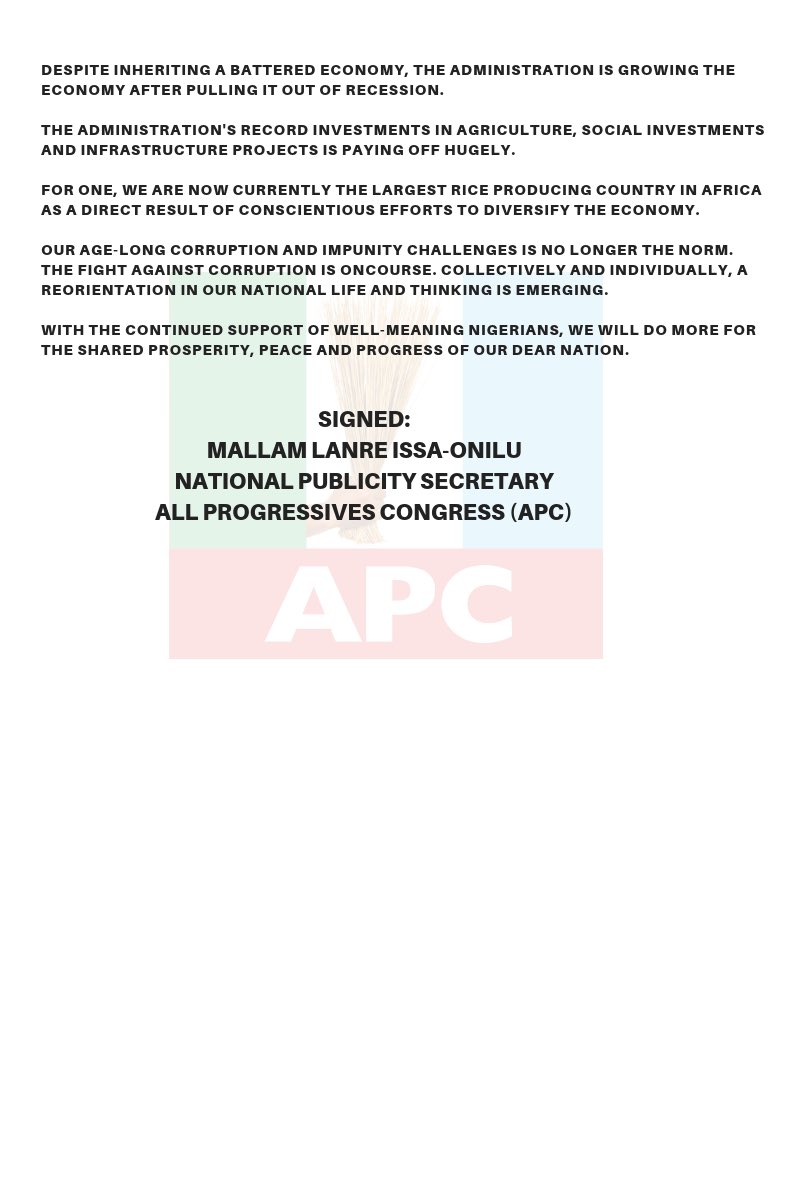