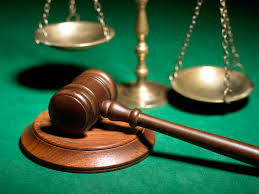 Fatai was arraigned on a two-count charge of conspiracy and stealing, which he pleaded not guilty. After accessing the case, Mrs. Sofowora, sentenced him to one year imprisonment with hard labour and without an option of fine.

Insp. Sunday Eigbejiale, The Police Prosecutor, told the court that the convict committed the offence between March and December 2012 at Olorunda village, Ayetoro Road, Abeokuta. Continuing, Eigbegiale said the convict and others still at large conspired to commit felony with the intent to deprive the said company the ownership of the company.

The prosecutor said the offence contravened sections 516 and 390 (a) of the Criminal Code of laws Ogun state. He said that Fatai and others stil still wanted by the police, did fraudulently convert N1.6 million which was the money realised from the sale of petroleum which belong to Arolat petroleum Nig. Ltd.

Fatai was sentenced without option of fine.

Government Will Give Attention To Poultry Business – Osinbajo