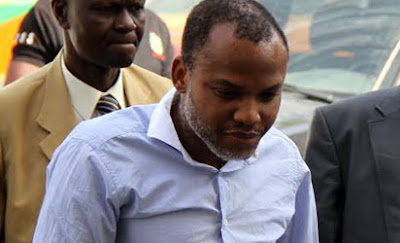 The rule of law and the constitutionalism have finally been nailed to the coffin in Nigeria by President Mohammadu Buhari. Throughout the history of democracy, rule of law and constitutionalism in the country, be they parliamentary or presidential, Nigeria had never experienced the kind of insult, mockery and bastardization it presently experiences under barely seven months old Presidency of Retired Maj. General Muhammadu Buhari.

Human rights records of the present administration are also negatively alarming, shocking and deafening.  All the third generations of human rights (civil, political, economic, social, cultural, environmental and development/community rights) are observed in gross breach by the Buhari administration. Nigerian Judiciary under his administration is no longer the bastion of democracy and last hope of the common man. It is now a leprous arm of government; being mocked and cajoled from left, right and center. A civilian government that makes mockery of and disobeys the rule of law and constitutionalism is worse than a mad man running amok with a sharp dagger in a crowded market place.

Citizen Nnamdi Kanu is today, made a prisoner of conscience by President Muhammadu Buhari and his DSS. The President and his DSS had in the past sixty days, flouted and gravely disobeyed four express and consequential orders of the Wuse Zone 2 Magistrate Court and the Federal High Court, Abuja Division bordering on Citizen Nnamdi Kanu’s constitutional rights to personal liberty, association, assembly, dignity of human person, life and expression.

It is freshly recalled that on 19th October 2015, His Worship, Hon Shaibu Usman of the Wuse Zone 2 Magistrate Court in Abuja granted conditional bail to Citizen Nnamdi Kanu and on 22nd October 2015, all the bail conditions were fulfilled; but the DSS refused to release him on bail; claiming it was acting based on personal directive of President Muhammadu Buhari.

The Magistrate Court order for his bail was followed by two other consequential orders, which were also fragrantly disobeyed by the same DSS. On 18th November 2015, the DSS told the Wuse Zone 2 Magistrate Court that it had on 10th November 2015 secured an ex parte order from the Federal High Court, Abuja Division to detain Citizen Nnamdi Kanu for ninety days for the purpose of investigating him for terrorism and terrorism financing; using the flawed defense of unconstitutional Section 27 (1) of the Terror Act of 2011 as amended.

On 17th December 2015, the same Federal High Court, presided over by Hon Justice Adeniyi Ademola struck out and dismissed the DSS fraudulently and unconstitutionally obtained 90 days detention order and ordered for immediate and unconditional release of Citizen Nnamdi Kanu. The DSS, again, flouted the order and introduced delay tactics attached with stringent conditions, to frustrate the signing of final discharge papers at the Federal High Court that would have allowed Citizen Kanu to go home same day.

We were shocked to observe that 24hours after the DSS brazen resort to delay tactics and stringent conditions; contrary to the order of the Federal High Court; it came up again yesterday (18-12-2015) with further delay tactics; claiming that its DG must be present and personally sign Citizen Kanu’s administrative release order.

As these delay tactics were going on; the Presidency reportedly called and defiantly directed that Citizen Kanu must sign an undertaking renouncing his pro Biafran agitation, as a  condition for its compliance with the court order; failure of which, he should remain detained in the DSS custody and be slammed with fresh  (false)accusation of treasonable felony.

It was on account of the insistence of Citizen Kanu’s lawyers that the order of the Federal High Court must be obeyed and enforced to the letter that the DSS refused to release Citizen Kanu; claiming that he was being held on suspicion of commission of treasonable felony. Citizen Kanu’s lawyers and family members and friends spent over 14 hours yesterday, from 10am to after midnight, waiting for the DSS to release him to them as ordered by the Federal High Court, all to no avail.

Just like the phantom and failed accusation of terrorism and terrorism financing; the second phantom accusation of treasonable felony is also dead on arrival. We had in one of our recent public statements boldly compared the difference between a democratic statesman and a civilian dictator or despot. While the former binds and heals national wounds; the latter creates and inflicts national wounds; while the former is an upholder and respecter of the rule of law, human rights and constitutionalism; the latter is a manipulator of the rule of law and constitutionalism.

He also exploits the weakest provisions of the laws including retrogressive/retroactive criminal legislations and ouster clauses; for the purpose of entrenching his dictatorial or despotic grip and engaging in gross infringement of the citizens’ fundamental human rights. All the attributes of the latter above mentioned bear true characteristics of President Muhammadu Buhari and his civilian administration.

For the avoidance of doubt, the Offense of Treasonable Felony is defined by Section 41 of the Criminal Code as follows: “Any person who forms an intention to effect any of the following purposes that is to say: To remove during his term of office otherwise than by constitutional means the President as Head of State of the Federation and Commander in Chief of the Armed Forces thereof or to likewise remove during this terms of office the Governor of a state or to levy war against Nigeria in order to put any force or compel the President to change his measures or counsels, or in order to put any force or constraint upon, or in order to intimidate or overawe any House of the National Assembly or any other legislative or legislation authority or to instigate any foreigner to make any armed invasion of Nigeria or any of the territories thereof. Manifestation of such intention by an act is guilty of a felony and is liable to imprisonment for life”.

Under Section 43 of the same Criminal Code, “a person cannot be tried for treason, treasonable felony or concealment for treason; unless the prosecution is commenced within two years after the offense is committed”.

Provided below is the Detention Time Limits under Part 30 of the Administration of the Criminal Justice Act of 2015 (ACJ Act, 2015)), relating to stipulated periods upon which a citizens accused of committing any offense in Nigeria can be held in pretrial detention through “court remand”, pursuant to application for and issuance of order ex parte at the Magistrate Court. By Section 293 (1) of the Act, a suspect arrested for an offense which a magistrate has no jurisdiction to try shall, within a reasonable time of arrest, be brought before a magistrate court for remand.

(2) An application for remand under Section shall be ex parte and shall: (a) be made in the in the prescribed  “Report and Request for Remand Form”, as contained in Form 8, in the First Schedule to this Act, and (b) be verified on oath and contain reasons for the remand request.

By Section 295, the Court may, in considering an application for remand, brought under Section 293 of this Act, grant bail to the suspect brought before it, taking into consideration the provisions of Sections 158 to 188 of this Act relating to bail;

Section 296 (1), where an order for remand of the suspect is made pursuant to Section 293 of this Act, the order shall be for period not exceeding 14 days in the first instance, and the case shall be returnable within the same period. (2) Where, on application in writing, good cause is shown why there should be an extension of remand period, the court may make an order for further remand of the suspect for a period not exceeding 14 days and make the proceedings returnable within the same period. (3) Where the suspect is still in custody on remand at the expiration of the period provided for under subsection (1) or (2) of this Section, the Court may, on the application of the suspect, grant in accordance with the provisions of Sections 158 to 188 of this Act.

By Section 296(4), at the expiration of remand order made pursuant to subsection (1) or (2) of this Section, and where the suspect is still remanded with his trial having not commenced, or charge having not been filed at the relevant court having jurisdiction, the Court shall issue a hearing notice on: (a) the Inspector General of the Police or the Attorney General of the Federation (AGF), (b) the Commissioner of Police of a State or the Federal Capital Territory, or the AGF, as case may be, or (c) any relevant authority in whose custody the suspect is or at whose instance the suspect is remanded, and adjourn the matter within a period not exceeding 14 days of the expiration of the period of remand order made under subsection (1) or (2) of this Section, to inquire as to the position of the case and for the IGP or the State CP and the AGF to show cause why the suspect reminded should not be unconditionally released.

Further, by Section 296(5), where the IGP or the State CP and the AGF show good cause pursuant to subsection (4) of this Section and make a request to that effect, the Court:

(a) may extend the remind of the suspect for a final period not exceeding 14 days for the suspect to be arraigned for trial before an appropriate court; and,