A group of protesters, on Wednesday stormed the Lagos State House of Assembly to protest against the planned impeachment of the state Governor, Akinwunmi Ambode.

The protesters are seen carrying banners with inscriptions of their agitations, saying No to impeachment.

The state Assembly had accused Ambode of gross misconduct, not signing into law the 2019 budget among other infractions.

Nigeria needs a new leader, or there may be no Nigeria soon, Reno… 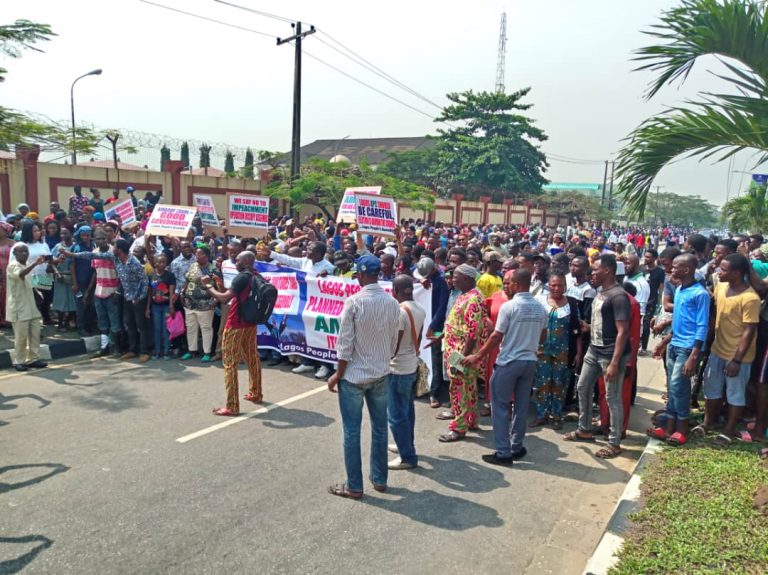 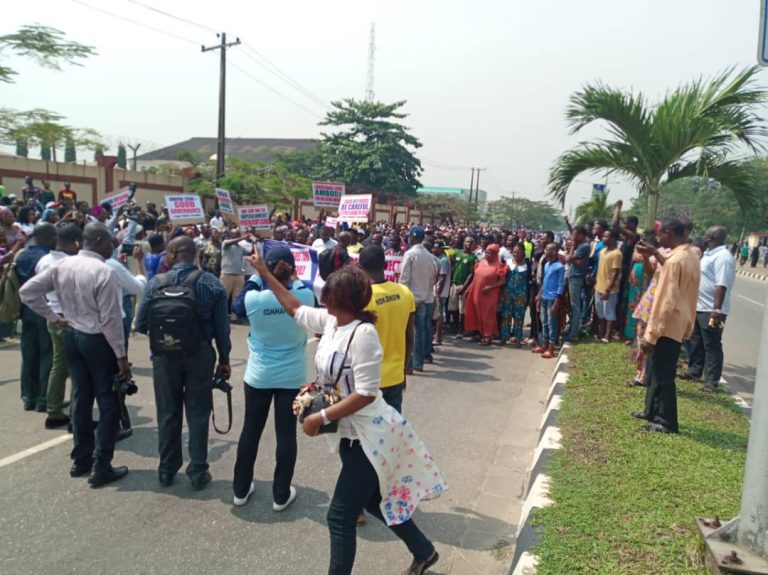 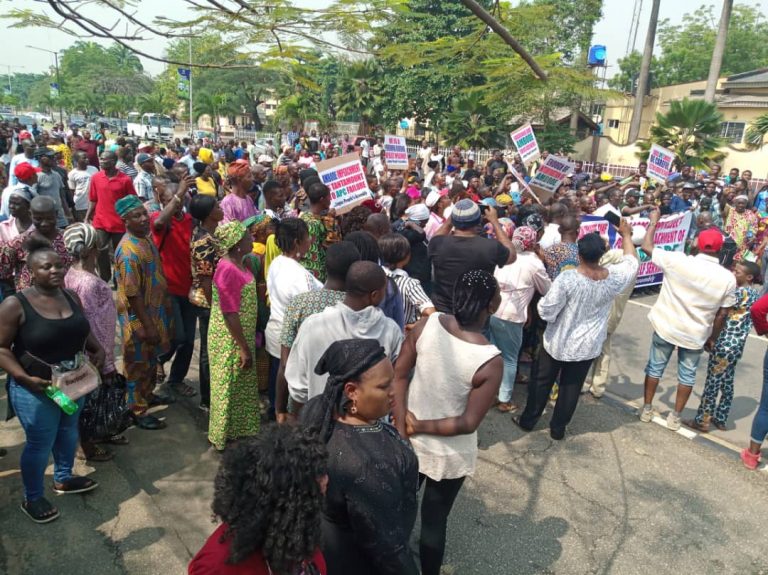 Nigeria needs a new leader, or there may be no Nigeria soon, Reno reacts as robbers…