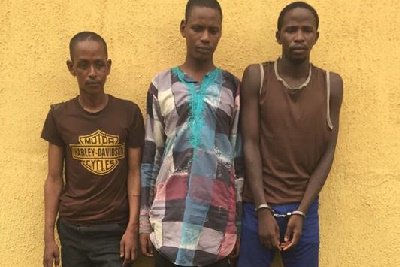 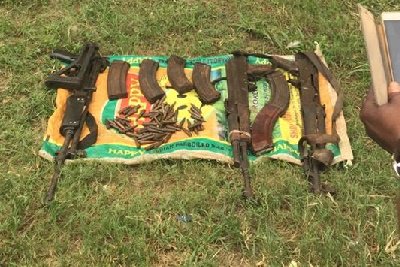 The police Intelligence Response Team (IRT) have arrested three of the suspected kidnappers of five expatriate staff of Dangote group of company.

The kidnappers also reportedly killed the driver who took the ransom money to the suspects for the release of the expatriates.

They were arrested in Ijebu Igbo in Ogun state; Epe Forest in Lagos State; and Ajase Ipo Forest in Kwara state.

A statement by the Force Public Relations Officer, Mr Don Awunah, said the suspects have confessed the kidnapping and release of all five initial victims after receiving N5.6 million ransom.

The coordinated clampdown on crime and criminality throughout the country has continued to yield positive results.

The IGP Intelligence Response Team (IRT) recorded another breakthrough with the arrest of three of the kidnappers that murdered one and kidnapped five expatriate members of staff of Dangote group.

The suspects confessed to kidnapping and releasing all five initial victims after receiving N5.6 million ransom.

However, it is imperative relations of kidnap victim(s) should exercise considerable restraint in negotiating and paying ransom.

It is absolutely important the negotiators of ransom should have confidence in the police.

Meanwhile, the suspects have since led the police to their hideout in Ijebu Igbo Ogun Forest where the following arms and ammunition they used in the operation were recovered: 3 AK47 rifles, 6 AK47 magazines and 160 rounds of ammunition.

The suspects further led IRT operatives to Apoje River where the body of Mr. Bello Gurama was recovered.

Efforts are in progress to arrest other gang members who are currently at large in other states.

The IGP admonishes police officers not to get carried away by recent successes but instead redouble their efforts in the fight against crime.

[He] has assured Nigerians that the police will remain undaunted in the collective fight against crime.

As members of the public begin the yuletide celebrations, the police will ensure the celebrations are crime free.

The police warned relations of kidnap victim(s) to exercise restraint in negotiating and paying ransom to kidnappers.