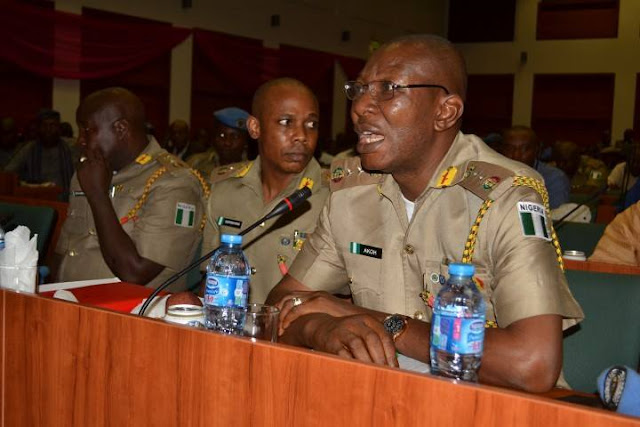 Unfortunately, his whereabouts remain unknown as no one knows which station in Abuja he was taken to though speculations are he was take to Police Force Headquarters.

Ambassador Akoh’s arrest came after the official opening of the new national office of the Peace Corps in Jabi, Abuja.

Others were minister of Sports and Youths Development, members of the National Assembly, traditional rulers, religious bodies and youth organisations.

The Police struck dramatically around 11.30pm, when the event had wound down and the national commandant was about to leave.

A source spilt to Elombah.com that the Peace Corps had recently come under serious attack by the Police, which felt threatened their jobs is being hijacked by the Corps.

Recently, a training facility belonging to the Peace Corps in Kwara and Abuja were raided and shut by the police.

Meanwhile, the bill establishing the organisation, which is already approved by the National Assembly, is currently awaiting the assent of the president.

The reason for his arrest has not been given. The police is also yet to issue an official position concerning the incident at the time of this report.