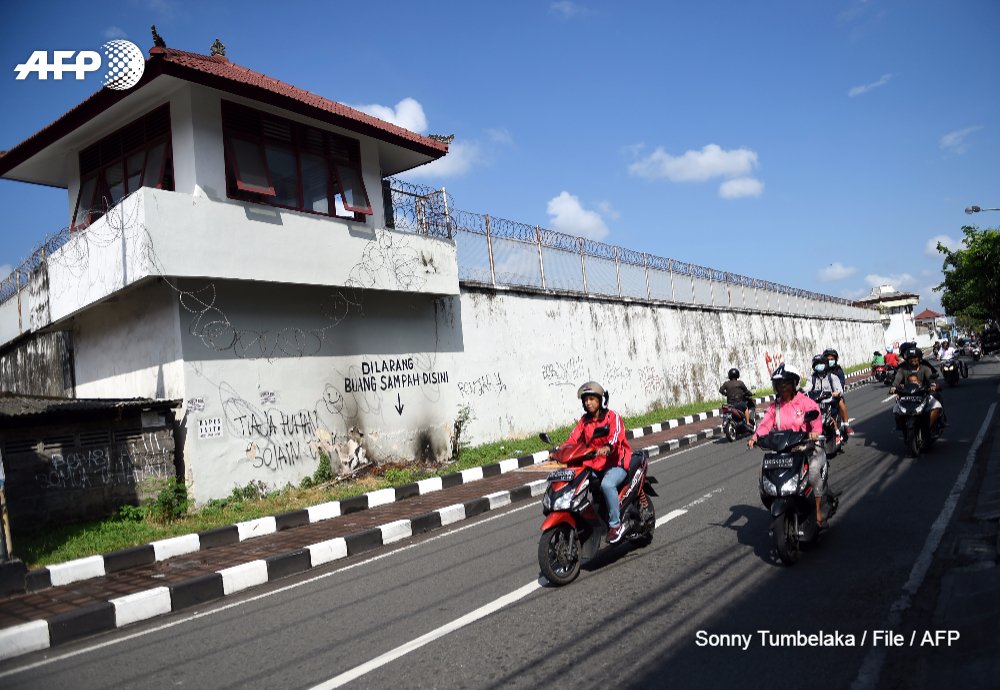 An American citizen who escaped from Indonesian prison is being hunted by the police in Indonesia. The  U.S. citizen escaped on Monday from an overcrowded prison on the holiday island of Bali. He escaped by cutting through steel bars in a ceiling of the Prison house accommodating him.

Authorities said this is the jail’s second breakout of foreign inmates this year. The Kerobokan prison, about 10 km from the main tourist beaches in the Kuta area, often holds foreigners facing drug-related charges. Badung Police chief Yudith Hananta said Cristian Beasley, who was a suspect in crimes related to narcotics but had not been sentenced, escaped at 4.10 a.m. (2010 GMT Sunday).

“It is thought that the prisoner escaped … by cutting through the steel bars above the ceiling,” he said in a statement, without giving details of how Beasley escaped without being detected.

Beasley, 32, from California, is believed to have then used a rope to climb down a wall before getting over a perimeter wall in an area being refurbished. Hananta said police had questioned witnesses and guards and were hunting for Beasley. He said another American, Paul Anthony Hoffman, 57, was captured while also trying to escape. Representatives of Beasley and Hoffman could not immediately be reached for comment.

In June, an Australian, a Bulgarian, an Indian and a Malaysian tunneled to freedom about 12m under the prison’s walls. The Indian and the Bulgarian were caught soon after in neighbouring East Timor, but Australian Shaun Edward Davidson and Malaysian Tee Kok King remain at large.

Davidson has taunted authorities by saying he was enjoying life in various parts of the world, in purported posts on Facebook. Kerobokan has housed a number of well-known foreign drug convicts, including Australian Schappelle Corby, whose 12-1/2-year sentence for marijuana smuggling got huge media attention.

Indonesia has executed several foreign drug convicts in recent years. Indonesian prisons are often overcrowded, partly because a war on drugs led by the government of President Joko Widodo has led to a surge in the number of people locked up. As of June, Kerobokan housed 1,378 inmates, more than four times its planned capacity of 323, government data show. Prison escapes are fairly common in Indonesia, which launched an investigation this year after about 350 inmates broke out of a prison on the island of Sumatra.