Reports say, Armed policemen surround #LekkiTollGate ahead of Saturday’s protests. #LekkiTollGate was the scene of the violent crackdown on peaceful #EndSARS protesters in the night of 20 Oct. 2020. 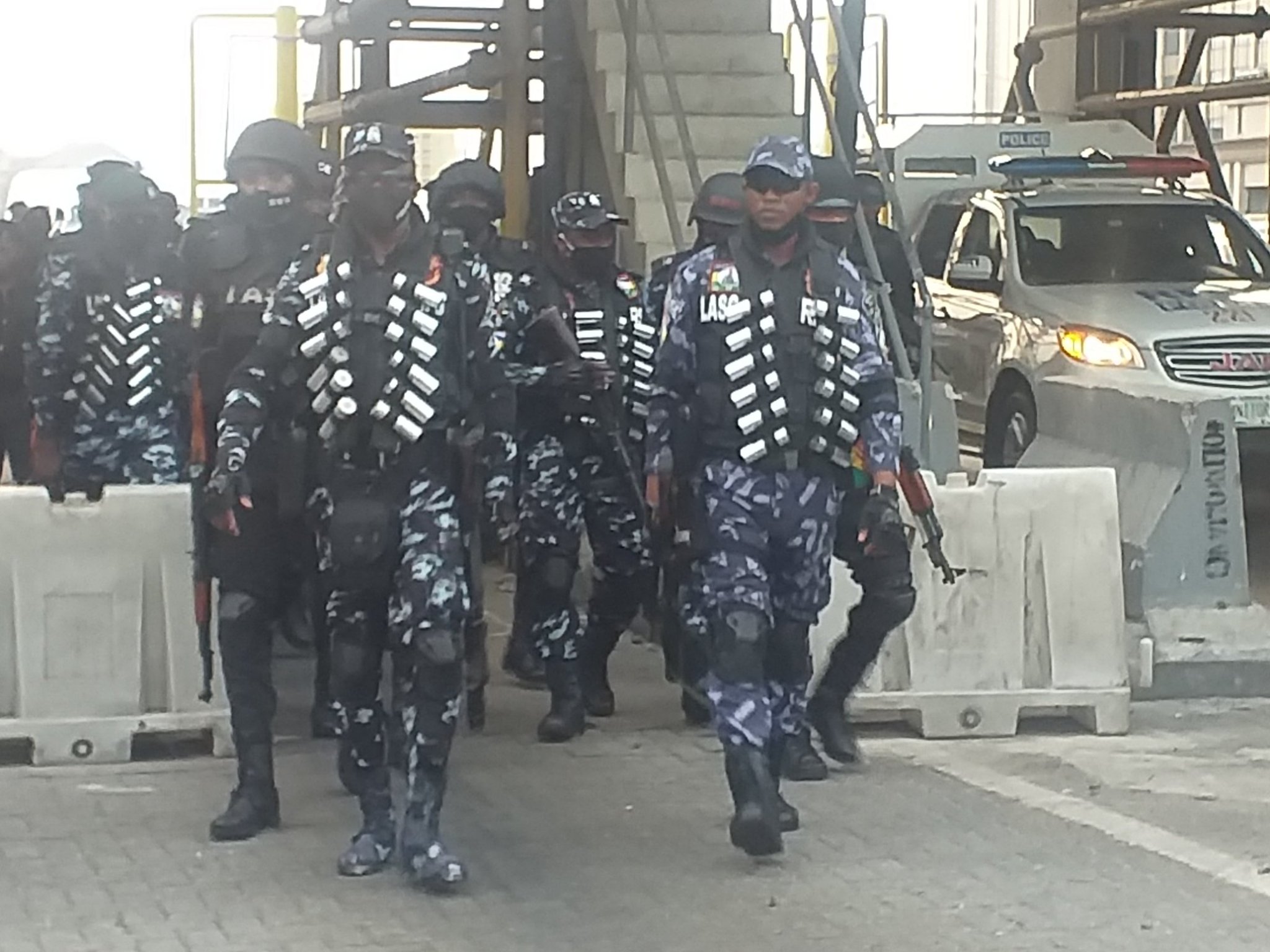 The dispatched teams of heavily armed Police operatives were seen milling around the Lekki corridor ahead of Saturday’s #EndSARS protest at the toll gate.

“CSP Yinka Egbeyemi is presently leading a team of police officers on a show of force to Lekki Toll Gate (Admiralty Plaza) Obalende, Ikoyi, Jakande Roundabout, and other areas in Eti Osa,”

The Police department said this was “part of efforts to deter crime as well as boost the morale of his officers in the areas”.

The call for Saturday’s protest commenced after the nine-member of the Lagos Panel of Inquiry approved the reopening of the toll plaza.

The chairman, Justice Doris Okuwobi and four others ruled in favour of another application by the Lekki Concession Company (LCC).

America: An Empire in the Twilight Zone by Osmund Agbo