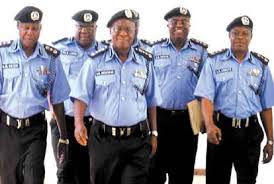 The Nasarawa State Police Command  on Friday urged residents of the state to provide it with information on  the killers  of a popular traditional herbalist,  Dr  Dennis Nakowa.

The state’s Commissioner of Police, Alhaji Sadiq Abubakar-Bello, made the plea  while speaking with the News Agency of Nigeria (NAN) in Lafia.

The gunmen on Feb. 17  kidnapped Nakowa and he was later found dead on Feb.  21 in  Gudi, Akwanga.

Abubakar-Bello said  the police had commenced  investigation to  ascertain the motive behind the killing of the herbalist as well as bring the perpetrators to book.

“ We are investigating;  investigation can take a while if you want to be thorough.

“So far,  we are trying to ascertain the motive of that act. Yes, it is a case of abduction but no ransom was paid.

“That aspect, legally,  is not  kidnapping and we are still going to work with the people because from the main road,  it is about 20 to 25 km to the village where the man was residing.

“  There were villagers around. So for the people that went out to commit this act and killed the man, somehow, somebody might have seen  them.

“That is why we are appealing to members of the public to come to us and give us the necessary information that will assist us in unravelling the circumstances behind the killing of the herbalist,” he said.

The commissioner also urged the people of the state to be law abiding while  respecting  constituted authority.

Abubakar-Bello said that the force had been  re-strategised in order to tackle the increasing cases of armed-robbery and kidnapping in the state.

He urged  residents  not to relent in their efforts at providing  information that would help tackle crime.