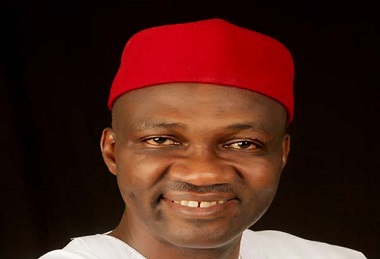 The National Coordinator of the group, Daniels Momoh said they were at the secretariat to protest against the activities of Ojougboh.

Momoh called on the party national leadership to curtail the activities of Ojougboh, which according to him was aimed at hijacking the party for his personal interest.

News Alert: Ifeanyi Uba has nothing to do with Anambra Industrial…

He said if the activities of Ojougboh in the South-south was not checked, it would not only weaken the operations of PDP, but also sent the party to oblivion.

The coordinator also called on President Muhammadu Buhari to investigate politically motivated killing in the country especially in the South-south.

“While we salute president Buhari’s commitment to bring corrupt politicians to book, it is apt that all past cases of politically motivated killings are investigated.

“The characters responsible for running the armed gangs that carried out the killings are brought to book,” he added.

The group, according to Momoh also called on the Ojougboh to step aside from his position until investigated.

Addressing the protesters, Chinwe Nnorom, the PDP Head of Publicity commended the protesters for their peaceful conduct, but promised that their protest message would be presented to the party secretariat.

News Alert: Ifeanyi Uba has nothing to do with Anambra Industrial Park project