Political leadership in Nigeria – Where are the youths? 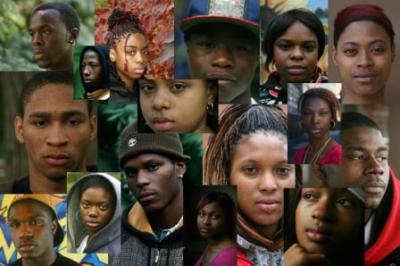 “We can’t solve problems by using the same kind of thinking we used when we created them.”- Albert Einstein

Nigeria needs fresh political thoughts, as against the uninspiring climate of leadership fatigue being experienced in the country in recent times.

Contemporary leadership thinking has shifted from the classical theme of experience, age, maturity to the post-modern dynamic of Innovation.

Given the architecture of modern societies, governments around the world are voting significant resources in securing the future of their nations, by grooming young leadership talents, not just in political leadership, but in other streams of endeavour; business and other technocratic, vocational areas relevant to society.

China in the last ten or so years had unveiled new set of young leaders, who are stepping in into the shoes of their fore-runners.

The major drawbacks in achieving sustainable political leadership succession in Africa, including Nigeria, may stem from two major reasons; first, the stereotypical perception of age, as synonymous with experience and wisdom.

Again, the superstitious belief within African societies that older persons should enjoy the eminence and rights to all forms of leadership, including political leadership.

Political parties within their own internal democracies seem to welcome the idea of choosing older persons to bear the flag of party representations during elections.

The cult of mediocrity which is apparent not only in the political culture of the nation but in all spheres of national life, is for no other reason, than the persistence of sit-tight mentality of older political leaders, without them making deliberate, systematic plans to cede the political, technocratic leadership of the nation to the youths, one hopes they took pains to nurture.

Buhari for Instance had led the nation in time past, even though as a military head of state.

He had equally held other eminent positions of service to the country, and after nearly three decades of his foray into national leadership, he reincarnates again, into mainstream leadership, albeit with foreseeable handicaps and incapacities, to administer a nation, strategically different, intensely more competitive, and sadly more divided Nation, than what it was three decades past.

Yet, mind boggling, that it is still the same actors, those that entrenched and promoted the same values and national ethic, bedevilling the nation are the same people called upon to manage its destiny.

At the point where we are, given the global shifts and trends, the growing complexities of the international community, development imperatives that rely heavily on Technology and innovative leadership acumen, all but dictates a change in the leadership complex of Nigeria.

For Instance, the average age of Nigeria’s serving Ministers skirts round about 60/70, and most of them may have lost not only the occupational zest, but the matching intellectual rigour and contemporary resources to manage a post-modern economy.

Erstwhile British Prime Minister, David Cameroun was in his 40’s, when he took the helm, a graduate of one of British’ most erudite institutions, Oxford, likewise the present foreign Affair Minister Boris Johnson. Barack Obama, equally middle-aged had a most distinguished, antecedent, a Harvard groomed leadership prospect.

The leadership bearings and dexterity of these world leaders could only be imagined by simply looking at their leadership footprints.

It’s a heartbreaking irony that Nigeria having the most strategic Diaspora resources in Africa, many of whom are leading lights in important fields of learning is right now crippled by dearth of constructive, visionary and progressive leadership.

The era of political superstition has run its course.

Nigeria had being imperiled by conservative political cartel syndrome, which made vigorous efforts to undermine the political enterprise, prospects and participation of youths in the mainstream of Nigeria politics.

Now is the time for change. The youths have the power and number to recalibrate the political thrust and tempo of the nation.

The political elites found the youths in the past, expendable political rockets, who they used and discarded, yet exploited their brains and innate creativity to launch their political shuttle to the orbit of power.

The youths who were only deemed fit as political hatchet men, thugs and trouble makers can now retrace their steps.

The youths of Nigeria can afford to wrestle the destiny of this nation from the hands of the current political predators, by refusing to be seen and treated as cheap foils.

We shall refuse to be bought by cheap perks, monies and lusty political promises.

We can channel our energies and creative resources, like the animal community did in Gorge Orwell’s epic novel, Animal farm, to oust, the greedy, puerile and ethnocentric leaders who sold the nation on the cheap.

We must infiltrate the parties and recreate their charter and form the hub- and spoke of its political visions.

We must not fight, but with our sheer energy and thinking power shift the axis of power and swing it into the path of progressive vision and true greatness.

The current leadership can also do much more by establishing a creative-synergy with the youths of the nation, bringing them under their wings, and facilitating the much needed transitional dream of handing the baton to the younger generation.

Nigeria needs its best hands, abroad or elsewhere, without allowing the obstructive lacuna of tribe, religion and red tape obscure its vision of greatness.

If Nigeria could for once muster the courage to put its best team forward, by giving the youths ample latitude to express their potentials, Nigeria would have taken a millennial leap in living up to its stupendous promise.

I pray that happens soon enough before the curtain falls.