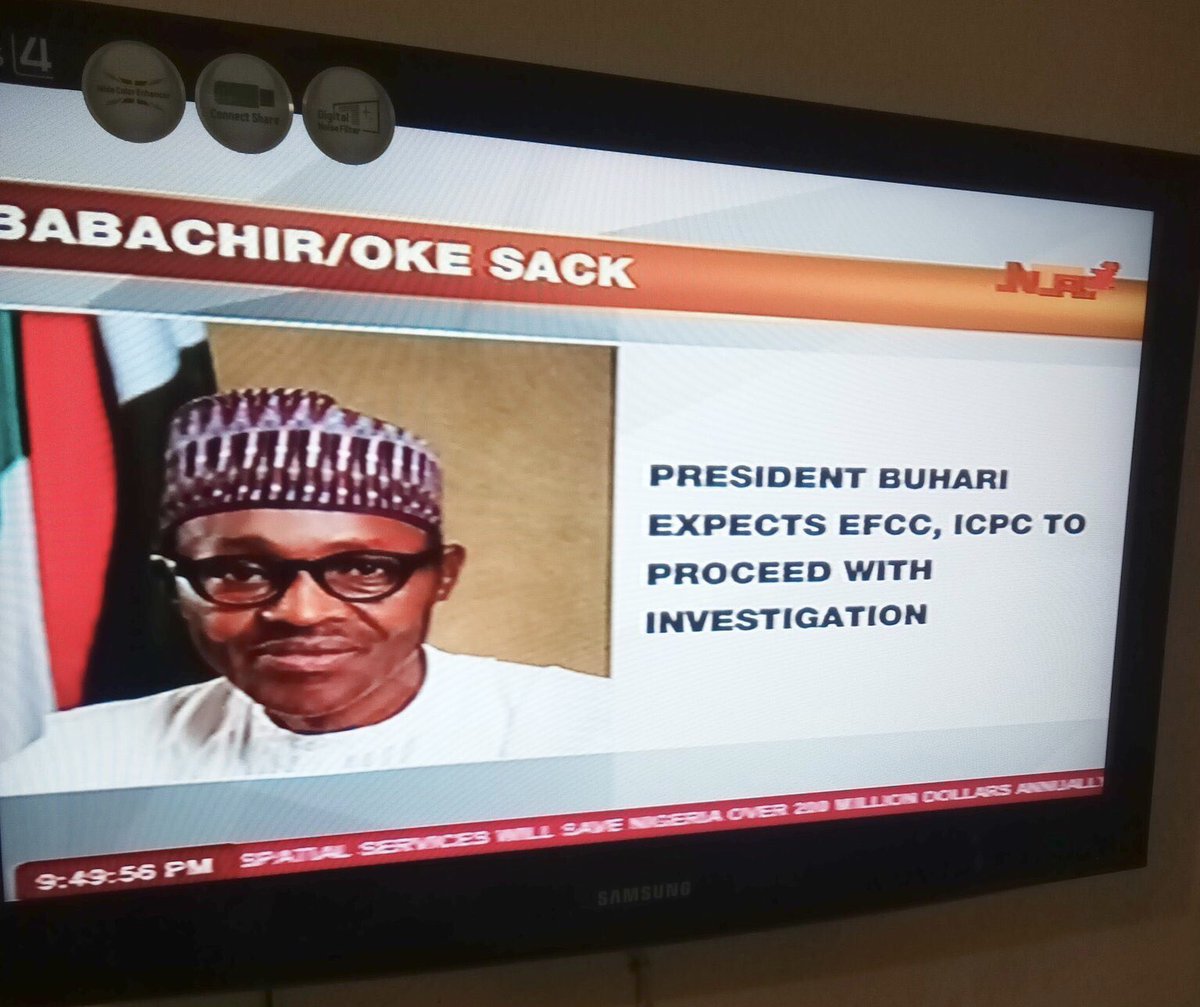 The presidency has, on Monday, washed hands off former Secretary to the Government of the Federation [SGF] Mr David Babachir Lawal and former chairman of National Intelligence Agency [NIA], Mr Ayo Oke.

Presidential spokesman Garba Shehu says that Buhari will not stop the Economic and Financial Crimes Commission (EFCC) from its investigation against them.

The presidential aide said: “The President has taken the administrative action. All other actions will be taken by relevant government agencies.

“The position of the President, therefore, is that investigative agencies, which have already commenced the investigation of the two officers removed from office, will go on with their work of investigation without any interference or hindrance.’’

According to Shehu, President Buhari is fully conversant with the provisions of the constitution and will not stop the investigation of anyone “because he has no such power under our laws.

He added that this is a decision of the Supreme Court.

“The President under our laws can, through the Attorney General enter a nolle prosequi to stop an on-going trial. He may upon conviction, order a pardon.

“Beyond these, the president cannot order investigation agencies to not investigate anyone and does not intend to do so in this, or any other circumstance.

“Based on his wish and desire for a strict observance of the law, the President expects the EFCC, ICPC and such agencies to proceed with ongoing investigations..

“When and where they have reasonable grounds to charge former or serving officers to court under our laws, they do not require the permission of the President to do so.”

Recall that President Muhammadu Buhari had fired Mr Babachir Lawal and Mr Ayo Oke after studying the report of the panel headed by the Vice President, Prof Yemi Osinbajo.

The panel had investigated allegations against the duo over their involvement in corruption allegations.

The President, thereafter, approved the recommendation to terminate the appointment of Ambassador Oke.

He, further approved the setting up of a three-member panel to, among other things, look into the operational, technical and administrative structure of the Agency and make appropriate recommendations.

On that note, the Presidency said that security agencies can now go after them and ensure that the rule of Law had its way.

NNPC Moves To Secure Facilities Amidst Threats Of Attacks

Amaechi & 25th October: Implications On Rivers State And The Nation A Decade After (I)