I am writing this article not because I am an Igbo Man of South East extraction, but because I believe in equity, fairness, equal opportunities and believer of one Nigeria.

I love President Muhammadu Buhari. His war against corruption and corrupt leaders drew me closer to him. I love him more now that he has an adopted Igbo name “Okechukwu”. This naturally makes him an “Igbo man”.

As an anti-corruption crusader, I quickly jumped into the boxing ring to assist my President to fight corruption. The result is overwhelming, as I and my colleagues have practically given corruption fatal and ruthless blows in my state (Imo). We have stripped corruption stark naked in Imo State, for the whole world to see. Buhari cannot be in Aso-Rick (Abuja) to fight corruption in the 36 states of the federation without collaborative information from those states.

However, his most recent federal political appointments have pinched me on my scrotal sack. What do I mean? When state Governors made moves to have input in Buhari’s proposed ministerial list, the President rebuffed it and many Nigerians supported him including this writer (see attached). Let me put it to whosoever cares to listen, that President Buhari has the right to appoint anybody into whichever position he deems fit. If he wants, he can appoint all his aides and ministers from one political ward in a local government area, so long as they are credible people with integrity and dignity.

The ruling APC government has made several appointments, both at the executive arm, legislative arm, service chiefs have been changed, and heads of parastatals have been changed or named: yet not a single person from the South-East geopolitical zone has been deemed fit to be named. The remaining five geo-political zones of North-East, North-West, North-Central, South-West and South-South have their sons and daughters named into various positions of influence and authority.

Even the Presidential Advisory committee against corruption with Professor Itse Sagay as Chairman, has no South Easterner as member. My very good “Friend”, Governor Rochas Anayo Okorocha of Imo State is the Chairman of APC Governors Forum in Nigeria. He is the Sign board of APC’s presence in the South-East; being the only APC governor in the South East. He led other APC bigwigs in the zone to campaign vigorously for the party and this yielded results, in that the PDP that used to post over  one million votes in each of the states in the  South-East could not muster more than 700,000 votes in the 2015 election. This actually accounted to President Buhari’s victory.

The truth is that with the political appointments so far made at the federal level, with nobody from the South-East being named, Okorocha has been stripped stark naked and completely humiliated. Please, do not get me wrong. I am not sympathizing with Okorocha. No. I am rather laughing at him. He has been stripped naked, both at home (due to corruption) and at the federal level (because it has been proved that he is a nobody). CHAI President Buhari, it is very unfair.

one million votes in each of

the states in South-East could

Nevertheless, I am calling on Nigerians, especially the people of South-East geo-political zone to continue to support President Buhari, despite the fact that they are no longer part of Nigeria, judging from appointments so far made. Yes, the Igbos are no longer part of Nigeria. The Managing Director of NNPC is not even from South-East, so I know what I am talking about. Otherwise why single out one section of the country for non-recognition. The only political position of Deputy Senate Presidency did not come from the APC. Even at that, the ruling party and government are busy plotting on how to take away that position from the South-East.

The position of Deputy Chief Whip at the Federal House of Representative that was to come (zoned) to South-east was halted by President Buhari, who reportedly told Speaker Yakubu Dogara to observe party’s directive. Yet the same party (APC) reportedly zoned the post of Secretary to the Government of Federation to the South East, and President Buhari disobeyed the party by giving out the position to somebody from the North. Federal character indeed. The Second Niger bridge project has been halted. Alvan Ikoku University of Education has been reverted to a College of Education. Boko Haram suspects have been moved from the North to the South East. President Buhari, this is very unfair. 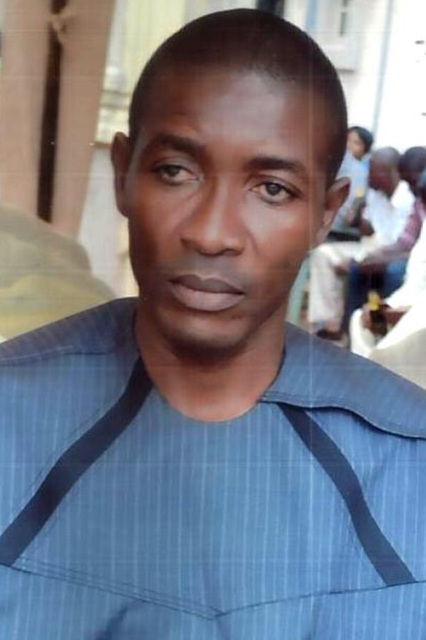 The actions of President Buhari have given the people of South East new ideas. I am therefore calling on the people of South East to stand up now and be counted. The five South East Governors should come together irrespective of party platforms and issue a statement condemning this obvious threat to national unity. Our state Houses of Assembly should pass a motion of National importance, condemning the actions of Mr. President. The South-East caucus of the National Assembly should condemn the undemocratic actions of Mr. President. Other South-east leaders should follow this module.

Finally, the Igbos should go back to the drawing board. It is very obvious that the civil war is not yet over. President Buhari, your actions are indeed very unfair to the South-East.

Was Olatunji Dare commissioned to pass guilty verdict on Okiro?

Did you know my wife Aisha is Ijaw and other Fulani stories?