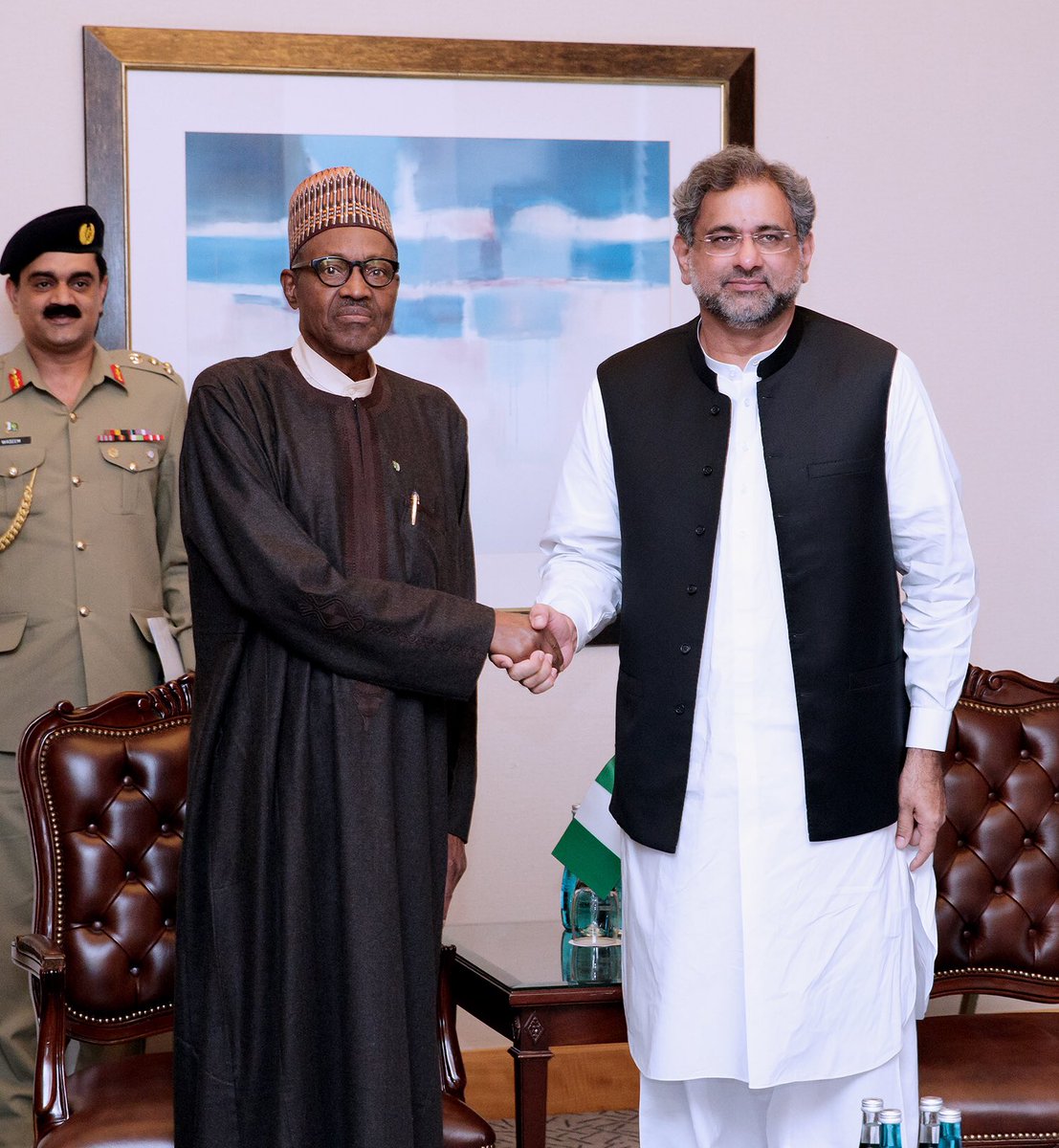 President Muhammadu Buhari on Saturday in Istanbul said the Nigeria-Pakistan Joint Commission will be revamped as a veritable platform to strengthen economic and trade relations between both countries.

President Buhari gave the assurance at a bilateral meeting with Prime Minister Shahid Khakan Abbasi, on the margins of the ninth D-8 summit in Istanbul, Turkey.

The President, who expressed satisfaction at the level of defence and military cooperation between both countries, however agreed with the Prime Minister that there was still room to do more.

He regretted that same could not be said on the economic and trade fronts, which he said had fallen far short of what can be achieved by both countries.

”Nigeria-Pakistan cooperation is very historical. Military training has been very consistent and I am impressed by the efficiency of officers trained in Pakistan.

”But the performance of our countries in relation to trade and industrial cooperation had been very disappointing,’’ President Buhari said.

While noting that Nigeria had failed to use past earnings to create a commensurate level of socio-economic development, the President assured that his administration had identified the problems, and was ardently working to promote national development through international trade, industrial growth and the improvement of infrastructure.

He then urged Pakistan to take full advantage of the new climate of investment promoted by his administration.

”There are a lot of opportunities, for us to harness, in the manufacturing sector, agriculture, commerce, solar energy and the electricity sector,” the President said.

”We have moved them out from their strongholds in the North East, we have denied them space and even their attacks on soft targets are becoming less often.

”Even the opposition [party] recognises that there is a considerable improvement of security in the North East,” he said.

In his remarks, Abbasi said both countries had similar prospects and challenges, including large population, key regional players in economy and security; the fight against terrorism, improving governance and the domestic economy.

He said Pakistan will continue to share experiences with Nigeria in the fight against terrorism towards developing effective strategies and results.

In line with this promise, the Pakistani Prime Minister presented a manual on strategy and tactics of dealing with terrorism to the President, which he said, had been put together by his country’s army.

On the Joint Commission, which next meeting falls on Pakistan to convene, the Prime Minister said his country is now ready, adding that he would personally receive the Nigerian delegation any time.

He also requested President Buhari to undertake a state visit to Pakistan at the earliest possible time.

Again, Soludo soars like an eagle as Hon. Aforka, Orumba North, endorses him for…

APC Progressive Youths Conference to hold in Abuja on June 14