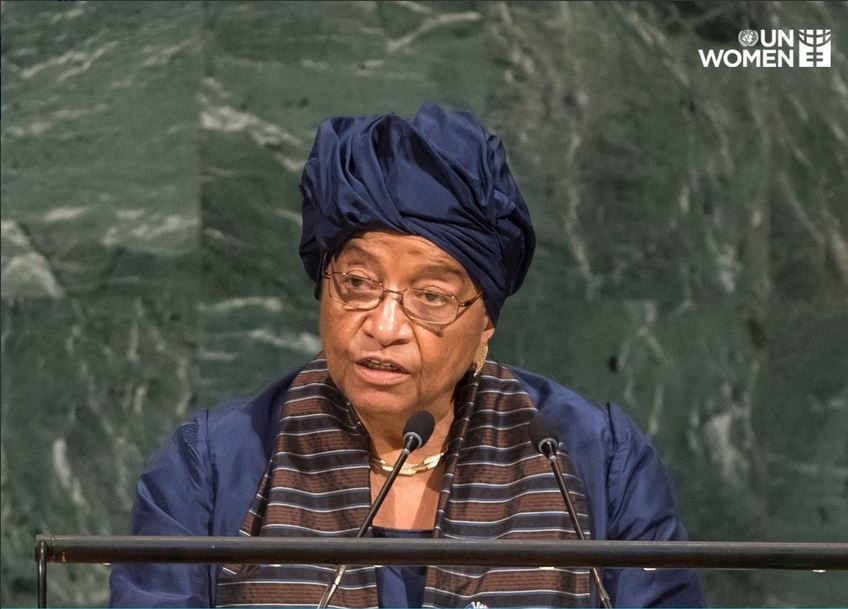 Liberia’s out-going President Ellen Johnson-Sirleaf has reaffirmed her commitment to successful transfer of power through credible and peaceful elections on October 10, towards consolidation of democracy in the country.

“We are confident that the elections will go well; all things considered, the elections commission and the security forces are ready,” the Liberian leader told visiting former Ghanaian President John Mahama, Head of the ECOWAS Election Observation Mission to Liberia, in her office 6th October.

She said the major drive of the electoral process “is the enthusiasm of the Liberian people to break the taboo,” of inability for peaceful transfer of political power.

President Johnson-Sirleaf, who is not seeking re-election after constitutionally allowed two terms, noted that there had been no major skirmishes in the run-up to the presidential and parliamentary elections, with political parties having signed up to the Farmington Peace Declaration.

For possible post-election issues, she said the Judiciary was on standby, while a National Inter-Religious Committee had been established for mediation.

The Liberian leader expressed gratitude to ECOWAS for its continued support and she specifically mentioned the ECOWAS Special Representative to Liberia Ambassador Babatunde Ajisomo, for his invaluable counsel and regular consultations.

“We have seen many observer missions, but we are always encouraged by friends who know us better,” the president told the ECOWAS delegation.

The Head of Mission, Mahama, assured the Liberian leader that “we are here to support and work with Liberians to get it right, for peaceful and credible elections.”

“Liberia is Africa’s oldest Republic and we are hopeful that things are going well for the consolidation of democracy in our region and continent,” former President Mahama affirmed, and called on all stakeholders to conduct themselves in a patriotic and responsible manner.

He was accompanied on the visit by the ECOWAS Commissioner for Political Affairs, Peace and Security, Mrs Halima Ahmed, Ambassador Ajisomo, some ECOWAS senior staff and observers.

Speaking at an earlier meeting with Commissioners of the National Elections Commission (NEC), Liberia, led by its chairman, Jerome Korkoya, the head of ECOWAS mission repeated his message of goodwill and peace.

He urged all political actors to be guided by the national interest and always seek redress through the legitimate legal system, instead of resorting violence.

Chairman Korkoya assured the ECOWAS delegation that the Commission was ready to deliver credible elections on October 10.

In line with the regional protocol on democracy and good governance, the President of the ECOWAS Commission Marcel de Souza, who had earlier sent a fact-finding mission to Liberia in July, dispatched 71 observers to the country, made up of 21 Long-term members, who have been on ground since 15 September, and 50 Short-term observers, who arrived this week.

The ECOWAS Mission, part of international observer groups assessing the electoral process against international standards, will issue its Preliminary Declaration on October 11.