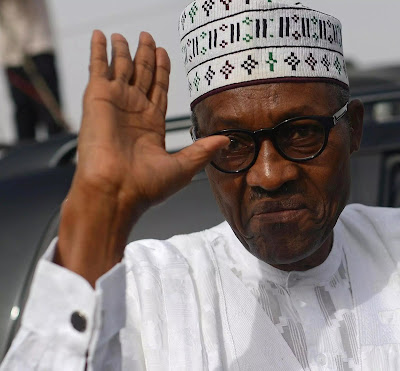 Now the time has come for Nigerians to sit up and watch the unfolding events as the country is being repositioned for greatness with the careful and articulate selection of 21 Nigerian wise men who are to assist Mr. President in this herculean task. To govern Nigeria had seemed difficult in the past, though it is still so. The country is blessed in all ramifications: too much wealth and resources, too many wise men and intellectuals and too many critics – those who are constructive and those who are destructive.

There are those who hang in between, flaring up only when the government in power does not favour them or do things the old usual way. They do not believe in change, just like a pupil who was asked by his teacher the tense in the sentence “Nigeria will be great soon”. The child replied that it is future impossible tense.

The child must have been thinking of the past, maybe from what the teachers or the parents have impacted on him. Our children should now be told in our schools that Nigeria is going to develop soon, practically and not theoretically. The songs of hope should be spread in every nooks and crannies of the country. “Won’t you help to sing, this song of freedom”, or as quoted from Bob Marley.

Now that the long awaited list of ministers-designate has been released, the three categories of critics are on the prowl. Those who feel disappointed because the Nigerians they expected are not in the list are just too impatient because, if they had worked for change and they still understand the implication, they should tarry. There are many other appointments to be made. Only 36 Nigerians are to be ministers, according to the constitution, at least one from each state of the federation. The other group of critics who would criticize even the soup of their wives is very busy these days. I am sure that members of the free newspaper readers’ association would have doubled.

It must have been very difficult for Mr. President to finally decide to work with these 21 men. These men are going to be the majors in the administration of the government. I think that if it were not for the constitution, Mr. President would have had no need to appoint the remaining 15 would-be ministers. However, with the choice of the first and most important 21, it is evident that they are the best in the mind of the President, who is on the top and in Aso Rock and sees what many Nigerians, including these critics do not see.

My take is that these 21 Nigerians are gentle men and women of repute. At least, I do not think any critic disbelieves their ability to handle the national assignments they are to be assigned. Most of the critics are basically protesting against the accountability of the nominees’ past. And many of the allegations against some of the nominees are basically out of political vendetta.

Nonetheless, what I want the critics/protesters to know is that for any leader, not ruler, to succeed, the leader must use people who understand his direction in governance. Apart from understanding the direction of the leader, the leader must lead by example. Mr. President’s choice of these 21 Nigerians, therefore, could not have been propelled by mere compensation for their efforts during the electioneering campaigns, but based on loftier consideration of their ability to initiate useful policies and deliver dividends of democracy to the Nigerian people.

These men and women are people who have worked closely with Mr. President and thus can read his mind. These are men who stood by him at the turbulent times when, amidst other stumbling blocks, the Peoples Democratic Party (PDP) utilized every impossible and inhuman means to keep to power, including the castigation of Mr. President who had no crime but the call for Nigeria’s unity and development. These 21 men, to me, are righty chosen. Besides, whatever human shortcomings they may have had, at least Mr. President knows them. It is said that a devil you know is better than an angel you do not know. And for sure, there is hardly an angel in Nigerian governance. I mean there is no complete saint among Nigerian leaders; saint not only in the mismanagement of public funds but even in decision and policy making. One may not steal, but may make wrong decisions, policies or even think wrong against a fellow human. It is only angels that do not possess these weak abstractions in man.

The critics of the 21 nominees or some of them may also be in too much haste to think that the selected men are going to enjoy. Mere envy and jealousy that pervade human sense of judgment and consideration! Yet by now, anyone who thinks that working with President Buhari is easy is wrong. So, these ministers-designate do not need to throw up any party to rejoice their nomination or appointment. That is if they do not want their tenure to be short. Mr. President has no friend when it comes to work according to laid down rules and regulations. I am very sure that his boots are ever ready to kick out any burdensome appointee.

The time should be over when people would borrow money to place congratulatory messages on the media for political appointees because there may be nothing at all or very little will be gained from the appointee. Except for the business class – entrepreneurship should become the source of riches in Nigeria rather than politics – the possibility of winning contracts on merit will be more assured. Politics should be made unattractive so that attention would be diverted more to business and productivity. The excesses of political appointees and politicians in general should be curbed so that by the time it is clear that the appointee is wanting, the person can voluntarily resign. Except when enforced, political appointees do not resign from offices basically because of the too many incentives and privileges attached to the offices.

By the time politicians are restricted from seeking medical attentions abroad for mere headaches; by the time their children are by law made to attend the “best” schools and universities in Nigeria; by the time the Bank Verification Number (BVN) policy is implemented fully on all Nigerians; by the time our policemen and other security outfits are stationed across the country for the populace – i.e. when they will belong to every Nigerian and belong to no particular Nigerians; by the time every single Nigerian citizen with his or her data and status is known by the government of the day; by the time the Nigerian electoral umpire will only declare the really voted winners after elections; and by the time heavy punishments will be imposed by law on public fund looters; Nigerian politics will demand and consume less money. Simply, it will become unattractive.

For now, there are many things Mr. President sees beyond the catch of most critics. There are petitions over the choice of some nominees alleged to have misappropriated public funds. I think Mr. President made it clear that those who return their ‘estimated’ loots would be treated in confidence. Who knows if some of these appointees have complied with this presidential order? We are aware that former President Obasanjo returned millions of dollars but I have not read of what the immediate past president has returned to the national treasury. Rather, it is his ministers who are being forced to comply.

Nigerians cannot imagine that any minister under President Muhammadu Buhari will steal a tinge of US$90 billion which was recently reported to have been returned by Jonathan’s minister for petroleum, Mrs. Diezani Allison-Madueke. She was not a minister. She was a sole administrator of Nigeria’s money from the oil and gas sector. It is crazy that a minister who is supposed to be supervised by the president can steal such unbelievable amount of money from the treasury of her country. In one of my articles on the exit of the immediate past government, I stated clearly that Jonathan did not know how much money Nigeria earned and how much it had. He largely depended on figures brought before him by the likes of Diezani Allison-Madueke and Ngozi Okonjo-Iweala who kept on fooling Nigerians that all was well with them.

I want to digress a bit and ask: Why do Nigerian women cry for power? Why do they seek 30% political appointments in Nigeria? Look at the episodes that unfolded while a world figure like Ngozi Okonjo-Iweala coordinated Nigerian economy for the past years. Mr. President should, therefore, trade with extreme care in the appointment of Nigerian women politicians. Their roles as the source of peace, stability and economic prowess have been bastardized by some past unscrupulous female politicians.

Image a female minister with US$90 billion. This should enter Guinness World Book of Record as the great loot of the millennium. This is besides many recorded excesses of some female ministers from 1999 till date. Howbeit, I must assert that this is not meant to discourage the appointment of Nigerian women politicians into political offices or their eligibility to be selected or elected because some of them have tried their best according to the rules, it is just to affirm the common belief that what a man can do a woman can do it better or worse.

Politics should be made unattractive in Nigeria so that elder statesmen like Edwin Clark and Balarabe Musa can see with the eyes of the senile. Whether Chief Clark leaves PDP or not, it is not going to affect anything in Nigeria. After all, he was a key player in Jonathan’s failure or success. He has gained so much not to lose anything. His attempt to join the man he hated is trying to manifest. He should not be afraid if he is clean. Alhaji Balarabe should not be disappointed by the choice of the 21 nominees.

It is truly unusual that ministers in Nigeria would not be appointed four months after any general elections. Nigerians had thought that the list would contain many new and young faces in Nigerian politics and beyond. It turned out to be most of the same old horses that have been in the race of rescuing Nigeria more by words than actions. I believe the youth will be carried along in subsequent appointments.

But as I have earlier implied, it is much more difficult to work and succeed with the angels you do not know than the devils you know. The 21 nominees are neither devils nor angels. They are mere human beings with all the human weak attributes. The problem is not ignorance of what to do to develop Nigeria, it is the lack of political will to initiate and enforce effective and efficient policies that can stand the pressure of time and manipulations. We need not remind these wise men that their way will be rough working with the Nigerian President of today; not rough in the sense of their freedom to implement good decisions but in curbing the excesses in the waste or misappropriation of public funds, executive lawlessness and overbearing influences on the Nigerian populace.

Muhammad Ajah is an advocate of humanity, good governance and the rule of law. E-mail: mobahawwah@yahoo.co.uk

Islamic State figures killed in air strike; Baghdadi not among