Protesters Demand Release Of Sowore, Others Arrested By DSS

A group of protesters were on Wednesday, August 14, seen in Abuja demanding the release of Omoleye Sowore, the convener of the #RevolutionNow movement, who was arrested by the Department of State Security [DSS].

Sowore was arrested over his proposed protest.

The protesters also demanded the release of Dadiyata, Steven Kefas and Abiri Jones, 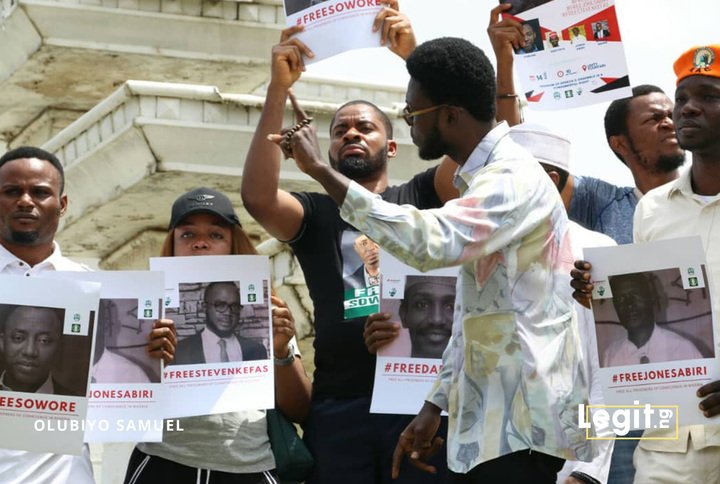 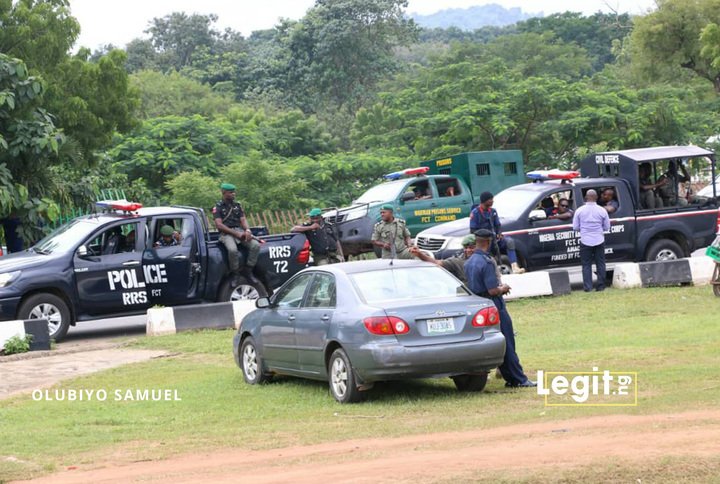 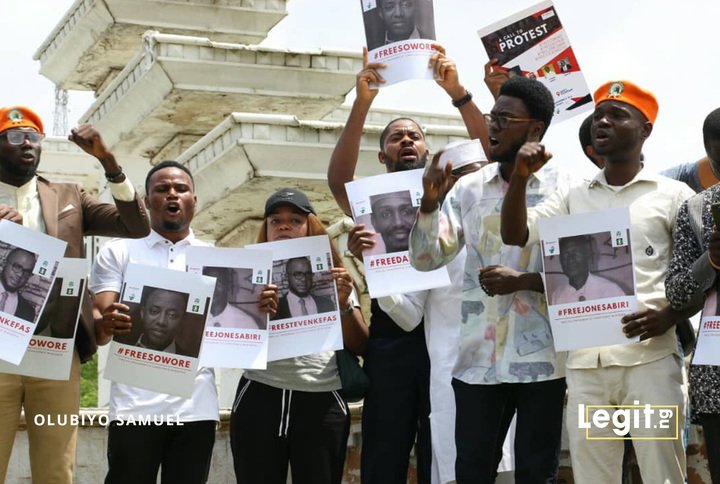