The Plateau State correspondent of THE PUNCH Newspapers, Friday Olokor, and two other persons, on Saturday, escaped attack by suspected Fulani herdsmen on their way to Abuja.

The sad tale was said to have created apprehension and panic among commuters and his colleagues and human rights community in Jos and Abuja.

The incident took place at AGITATA – Gunduma Road along Keffi-Kaduna Expressway, Nasarawa State by 11:50 am, just after a big company under construction.

Some hoodlums, who have been desperate to strike at their helpless victims, hauled big stones on the rear glass of his car at a spot where there were big potholes and shattered them to pieces.

Those with him in the vehicle are Ibadan, Oyo State-born businessman and contractor, Adesokan Fijabi who was traveling to Akure and Samuel Dul Shetur, Lantang, Plateau State-born staff of a popular Hotel in Gwarinpa, Federal Capital Territory (FCT), in Abuja.

Olokor, a journalist and civil rights activist said although their mission was for evil, he was not sure if it was for instant robbery or abduction for ransom.

“Thank you Jesus. It is not us but God; it’s not that I was smart. It was divine escape from vicious Fulani Robbers. We’re not safe in this country.

“Should I stop driving and be using public transport or buy a smaller car. I understand they target big cars. My car is not the type used by Senators and politicians.

“But it is also not a very cheap car, considering the weak strength of the Naira.

“If their mission was abduction for a ransom, who would have paid the money? To you Lord, I give the thanks and glory”, Olokor stated.

He said, “The voice of God told me, ‘Na dem, don’t stop’ and so I didn’t stop; I  was traveling from Jos to Abuja for the Sallah.

“When we eventually stopped in a safer place in the community, we saw some young men and women with long sticks, the type used for whipping recalcitrant cows.

“We told them of our encounter with the deadly beats.

“They asked us where the incident took place and we told them. One of the young men shook his head but showed no empathy.

“Instead, he was smiling. Then, we suspected that we may be in their den and I zoomed off to the next police checkpoint.

“There, some Good Police officers from MOPOL 38, Akwanga on Highway Patrol informed us that two of the armed robbers terrorising commuters in the area were caught two days ago, while their leader escaped.

“The Police officers said robbery on the road does not know time: It could be morning, afternoon, evening or night.

“They alleged that the perpetrators are Fulani Boys from Bauchi.

“When I told them that I went to some Fulani boys and narrated my encounter, one of the officers said, that is their den. Their feeling could be that they have missed target.

“You’re a bad market for them. Yes, Na them. All the robbery on this road are carried out by the Fulani Boys. Please go to church tomorrow and give thanks to God”, one of them stressed…

The officers commended the DPO in AGITATA Police Division saying “He doesn’t rest because of the activities of these gangsters.” 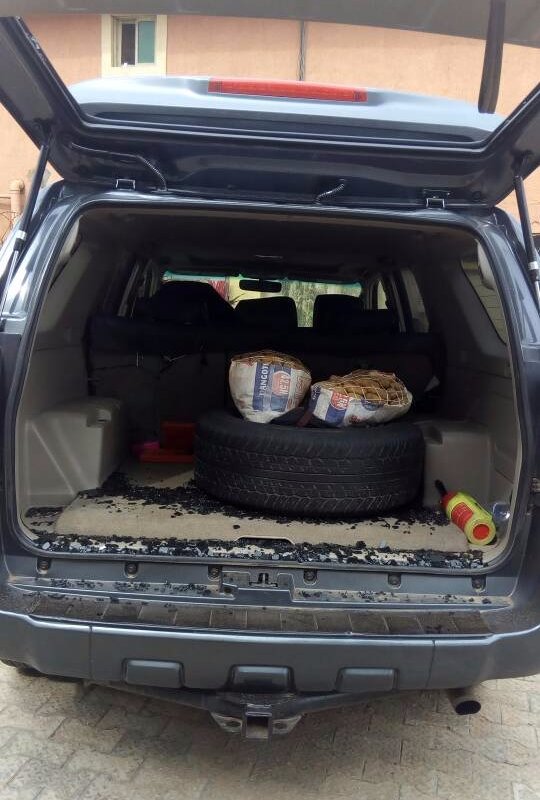 Maria Sharapova Knocked Out Of US Open By Sevastova