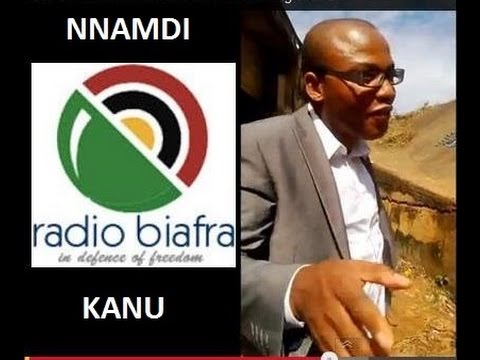 It has now become clear that PDP has a hand in the recent pockets of disturbances in the South East. Oliseh Metuh’s boys gave it away.

Metuh’s boys were the same ones who constituted the cash gobbling PDP Youth wing, coordinated by Ifeanyi Uba and renamed Transformation Ambassadors of Nigeria, TAN. Billions of Naira were squandered in a fruitless audacious bid to keep a government that had no respect for Nigerians, their laws, or their constitution.

The same TAN is now being rebranded PDP Youth Wing! Only now, it has diversified. It has a Radio Biafra Wing! It is obvious that they are up to no good. A radio Biafra that was in bed with the Jonathan administration that nailed our economy to the ground is now protesting the state of our economy! Or should I say, protesting Buhari’s administration severance of their freebies which they got regularly from the seat of government under President Jonathan.

“Why is Nnamdi Kanu still under lock and key?” He was arrested as he sneaked into Nigeria as his custom was. Without wasting any time, as was the custom under PDP, he was taken to court and charged immediately. To our horror, but in accordance with rules guiding our legal system, he was also granted bail.

Although the bail fee was reportedly fixed at N2 million, Kanu was yet to meet the bail conditions, which included getting a civil servant on grade16 to be his surety.

Why have these 10-30 year old youngsters not found a level 16 officer to bail their director or is this their Feeble attempt at “making the nation ungovernable for the well-loved, performing and popular President Buhari?

Well, these misguided, brainwashed PDP youths have failed woefully. For starters, they do not have the backing of Ndigbo who are Nigerians.

“After listening to that contraption he calls RBL and the way he bulldozes people he doesn’t even know and having realized that the dude is just a randy noise maker on air, I stopped paying any attention. It is a pity that an uncultured person like him with no etiquette of communication is the one herding a bunch of sheep like him to the slaughter house. This whole Biafra thing has become a joke championed by wannabees who can’t even stand the test of a rebellion when it comes.” – Obinna Njaka

Another Well respected Igbo son, Dr. Chidia Maduekwe has this to say:

“At age 15yrs I left home to join the Biafran Fighting Forces. The reasons that compelled me then do not exist anymore. Younger generations today are out of reality with current Nigerian political dynamics. Fraud and emotional shallowness has taken over the center stage. We shall resist these shenanigans and work for the Nigeria of our political father’s such as Zik of Africa.”

Governor Rochas Okorocha has condemned the current Biafra, asserting that Ndigbo are Nigerians. He went further to point accusing fingers on some South East governors whom he alleged are sponsoring the miscreants.

Even Chief Ibori rightly spoke from Her Majesty’s confinement in faraway UK. Biafra has no connection with Delta State, not even with the Anioma people in Delta state. Nigerians across the globe are outraged. The United Kingdom and the rest of the world have given their support to us as a nation. We all need to pull together to crush this threat to our national peace.

Those being scammed by Nnamdi Kanu are young, mostly with no formal education but wealthy traders who are quite gullible. The truth is that the agitation for the nation of Biafra is totally different from Kanu’s agitation. This can be seen in the fact that Kanu is also at war with Uwazurike’s Movement for the Actualisation of the State Of Biafra [MASSOB]. Radio Biafra is a money-Spinning venture for Kanu. But whichever angle the miscreants come from, Radio Biafra or MASOB, on one Nigeria we stand. Full stop.

We are therefore, calling on the government of Pres. Buhari to nip this pimple in the bud. No stone should be spared to crush these PDP agents. We cannot afford another Boko Haram which was left to fester by the inept and incompetent PDP administration of Jonathan.

Peaceful protests are normal in a democratic nation such as ours but protests that constitute threats to the territorial integrity, unity and safety of Nigerians must be halted at its infancy and the federal might must be galvanised to crush it.