Re-launched WAI and the dangers of atavism – by Jideofor Adibe When he came to power in December 1983 via a military coup, fighting corruption and indiscipline were the regime’s signature marks.

Hundreds of high profile politicians, businessmen and civil servants were jailed for allegedly being corrupt. 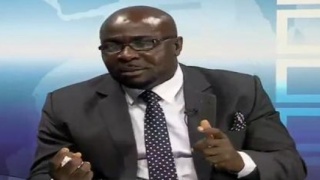 Queue culture was forcibly instilled during the early phase of the regime’s War Against Indiscipline (WAI), with stern-looking soldiers flogging or taking the laws into their hands to discipline straying bloody civilians.

Buhari’s supporters often hailed those moves as part of the efforts at ‘sanitizing’ the system.

They would often reminisce on how Nigeria would have become vastly different today if Buhari was not toppled by the Babangida coup.

Fighting corruption and indiscipline are at the core of the Buhari brand.

When the Minister of Information and Culture Lai Mohamed gave notice about plans to re-launch WAI, he said it would be rebranded to ‘Change Begins with Me (CBWM)’ and that it would aim at instilling public morality, social order and civic responsibilities in Nigerians.

Dr Abari was quoted as saying that the “the body would aid civil intelligence gathering in the area of insecurity, violence, kidnapping, and other forms of social vices”.

The NOA DG also claimed that the President decided to re-launch the WAI Brigade because it was particularly successful when it was first deployed in 1984 as a way of correcting disorderly conducts of citizens.

I have a few issues with the government’s re-launching of WAI:

One, it is not quite clear to me  if the new WAI Brigade  will be sharing the job of the police and the Department of States Services in gathering intelligence and  if so, how that function relates to war against indiscipline?

It is also not quite clear to me  the nexus between the functions of the WAI Brigade as spelt out by Dr Abari and  Lai Mohamed’s indication that a re-launched WAI would focus on Change Begins with Me (CBWM), that is to say, on the individual.

Two, proponents of a new WAI seem to forget that Nigeria of the mid 1980s is vastly different from today’s Nigeria.

For instance it could be argued that at the time Buhari launched WAI in 1984, the country was far less polarized than it is today.

The crisis in the country’s nation-building had not reached an alarming proportion as it has today, where  several individuals and groups are de-linking from the Nigerian state and regarding the state as their enemy.

Besides, while at the time of the first WAI Nigerians largely suffered from what the American political scientist Ted Gurr would call relative deprivation (such as when people’s aspirations are either rising or constant but the capacity to meet those aspirations are stagnant or declining), today most Nigerians suffer from existential crisis (where people are questioning the very foundation of their lives as a result of lack of hope).

Many are unable to see any light at the end of the tunnel.

It is therefore questionable whether what people need now is preaching.

Three, the notion that WAI under Buhari’s first coming was very successful can be interrogated.

Besides the contradiction in a military government (which displayed the highest form of indiscipline by supplanting a democratically elected government) teaching civilians about discipline, Buhari did not stay long enough in power for WAI to be routinized.

It is precisely at the stage of routinization of a policy and programme that its robustness is tested.

Four, it could be argued that the decision to bring back WAI – about 32 years after it was first launched- smacks of lack of creativity.

It is like trying to bring back town- criers at a time the revolution in communication technology has rendered such mode of mass communication obsolete.

Five, launching another ‘war’ when we are yet done or even convincingly winning the many ‘wars’ the government is currently prosecuting  – War Against Corruption’, War Against Boko Haram, War Against Pipeline Vandals, War  Against Hunger  etc  – brings to mind the government’s rather militaristic approach to issues.

There is an implicit but wrong suggestion that society can only be changed through ‘war’ and coercion.

And by the way, not everyone agrees that the regime’s identified problems on which it is warring against are actually the real problems.

Similarly in this era where hard power is gradually giving way to soft power in the resolution of issues, why is the regime not also considering peace initiatives like launching ‘peace ambassadors’?