RE: Southern Kaduna: A Grumble about Marginalisation 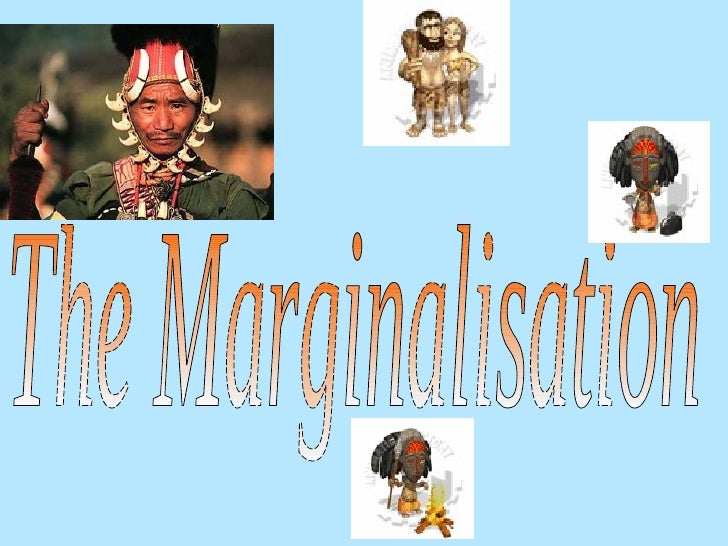 *Every Ethnic Nationality must speak for itself*

The recent newsworthy thrust of the publication on ThisDay ‘Southern Kaduna: A Grumble about Marginalisation’ is noteworthy in that it is an acknowledgement of the invincibility of the strategy on which this revolution (birthed in 1996; http://ekwenche.org/aboutus.htm ) empowering each ethnic nationality to plot by itself and itself alone its path and way forward, an ancient African based strategy embraced wholeheartedly by IgboZaraIgbo, one of the organizations that is in the forefront for Igbo emancipation; a strategy whose simplicity and unassailability is breathtaking, as it has begun to produce results by rubbishing the machinations of the British government and its partner, the coalition of the born-to-rule, to continue their stranglehold and domination of ALL the ethnic nationalities in the ‘British Birthed Abomination’ and failed state, Nigeria.

Every ethnic nationality must control 100% of its political space;

Every ethnic nationality must control 100% of its boundary;

Every ethnic nationality must control 100% of its resources;

Every ethnic nationality must grow at its own pace;

Every ethnic nationality must govern itself;

Every ethnic nationality must speak for itself.

“Danfulani, who is also a lecturer at the Kaduna State University, in a letter to the deputy governor, titled, “Resign before it is too late,” and dated October 14, 2015, said the deputy governor’s continued silence over glaring discrimination and emasculation of the Southern Kaduna people spoke volumes, stressing that history will not speak kindly of Bantex if, as the highest political officer holder from the area, he does not speak out against the injustice against his people.

According to him, abandoning the long standing power sharing arrangement is not in the best interest of the state, as the arrangement gave the people a sense of belonging and promoted political harmony.

“Sir, your new style of leadership and guiding dictum challenged and ended some long standing power sharing tradition that came with this Republic in 1999,” Danfulani said in the letter to the governor.

He recalled, “Before your government, political and civil service positions were usually and equitably distributed across the three senatorial zones – sometimes, into two equal halves of Kaduna North and South – with River Kaduna as the dividing lines.

“The sharing starts from the four top positions, viz: governor; deputy governor; minister; and Secretary to the State Government. From 1999-2007 Governor Makarfi and President Olusegun Obasanjo observed this power sharing formulae. From 2007-2011; Presidents Umaru Musa Yar’Adua and Goodluck Ebele Jonathan respected this fair power sharing arrangement…This power sharing arrangement is not something that is only enshrined in our 1999 Constitution, but politically correct and expedient for an ethno-religiously balkanised state like Kaduna.

“This did not only address the feelings of marginalisation of Southern Kaduna, but also gave them a sense of belonging, encouraged political participation, and support for governments and their policies.

“You are a living witness and actor of this existing formula and have time without number advocated for its sustenance and improvement while you were a PDP member from 1998-2007.”

According to Danfulani, the argument that Southern Kaduna did not vote the APC does not hold water. He noted that APC’s votes from Southern Kaduna during the last elections were more than the total votes the party got from all the South-south and South-east states, yet they were given ministerial slots.”

Southern Kaduna: A Grumble about Marginalisation

Those who still ascribe to themselves the thankless duty as spokespersons of other peoples can only be considered clueless since it goes counter to the true African based philosophy; viz., efforts to empower each ethnic nationality to control their political space, and in the event bring to an end the planned born-to-rule abominable colonialism centered on feudalism based on a foundation of anarchy.

This streak of independence is exemplified in the Igbo ageless adage, Igbo enwe eze (Igbo have no leaders but spokespersons) and buttressed in 1868 by James Africanus Horton in his treatise ‘West African Countries and Peoples’ on the independent nature of the Igbo; “They would not, as a rule, allow anyone to act superior over, nor sway their conscience, by coercion, to the performance of any act, whether good or bad, when they have not the inclination to do so; hence there is not that unity among them that is found among other tribes; in fact everyone likes to be his own master”.

That there is nothing new about this strategy is undeniable since it is based on our past. Elizabeth Isichei in the masterpiece, ‘The IBO People and the Europeans, The Genesis of a Relationship – 1906’ aptly described the Igbo “Collective form of Servant-Leadership” model of governance, “these spring largely from the fact that Igboland was not a centralized state, but consisted of a very large number of independent and relatively small polities. Their number makes the scientific study and collation of their traditions difficult, and their complicated and democratic systems of government were not particularly conducive to the systematic preservation of knowledge about the past.” This should explain why there was no wholesome attempt to absolve ethnic nationalities in most of the South and even some parts of the North that were not conquered by the Islamic Dan Fodio Jihad.

This should also explains why the impossible mistaken attempt by Maazi Uwazuruike (MASSOB), Maazi Kanu (IPOB), etc., to crown themselves as THE leaders of their vision of Biafra, no different from the failed attempt of Maazi Ojukwu, is bound to fail – in the first place, Igbo do not and cannot have leaders but spokespersons!

“The authority of the diokpa is not imbued with dictatorial power as he must consult with all the family and possibly obtain consensus on the issue at hand before making a ruling. He also cannot enforce a ruling without the explicit mandate of the extended family.

If the Umunna is involved in a negotiation, consultation or conflict resolution with other groups at the level of the village or town (Ogbe, Ama, Obodo), the diokpa becomes the spokesperson for his Umunna. Consultation with members of his Umunna will precede all-important decisions that he will render. If he is requested to render an opinion on the spot by the Obodo (Town), or if he suspects that the opinion he is about to render will be regarded unfavorably by his Umunna, or if he is faced with a totally new development, that he was not prepared for, he will immediately request leave of the Obodo to consult with his Umunna through a procedure called “igba izu or izuzu”, before rending the opinion. During the izu, which is usually done standing up in a circle a good distance away from the Assembly, all the members of the Umunna will have an opportunity to air their views on the issue at hand.

The discussion goes on for a few minutes and quickly they arrive at a consensus on what their leader should present as their view. When they get back to the assembly the diokpa or some other person delegated to present their view renders their opinion as clearly as he can. He will usually end by looking back at his Umunna who may be standing or sitting behind him, and intoning in a clear voice: “Okwa nu ya ibe anyi nu” or “okwa ihe unu kwuru” (is this what you resolved). And all the members will answer in unison, “iyaa obu ya” (yes it is). And they salute him by his traditional name.

If he missed a point, they will take a quick glance at one another and a member of his Umunna will quickly interject when he asks the question “okwa ihe unu kwulu”, “ka m nwelu gi aka” (let me help you). And he will add the point missed by the diokpa. If he says something totally different from what they had agreed to, a member of the group will quickly call his attention to it and immediately effect a correction. During the izu, the Umunna does not usually strive for unanimous agreement on the issues. Rather they seek to establish an acceptable majority. And once this majority has been established, it becomes the consensus and all opposition ceases as everyone is expected to stand with the group.” – http://magazine.biafranigeriaworld.com/ekwenche/ekwencheleadershipseries.html

If one is unable to speak for even their village, how can they speak for the generality of the Igbo, talk-less the ethnic nationalities that makeup the nations that they consider part of their Biafra. Simply stated, any attempt by any no matter how well meaning to impose themselves on the Igbo or other ethnic nationalities is bound to fail; Ignorance is not acceptable.

While the efforts and achievements of MASSOB, IPOB, etc., are praiseworthy, we must not put the cart before the horse. The first order of the day must remain the peaceful dissolution of the ‘British Birthed Abomination’ and the failed state Nigeria; next comes a meeting of the minds where each ethnic nationality will then decide on the path forward; the final piece will then be a conference in which each ethnic nationality will then sit down with the ethnic nationalities they have commonality of interests with to draw up the modalities of their proposed union.

For the groups that will seek a union with the Igbo, the Switzerland model with rotating spokespersons is encouraged since it meets all the stated conditions where:

Each ethnic nationality controls 100% of its political space;

Each ethnic nationality controls 100% of its boundary;

Each ethnic nationality controls 100% of its resources;

Each ethnic nationality grows at its own pace;

Each ethnic nationality governs itself;

Each ethnic nationality speaks for itself.

(The same above conditions is applicable to the Igbo ethnic nationalities)

Dasuki Sues FG over ‘Threat to Life, Freedom of Movement’