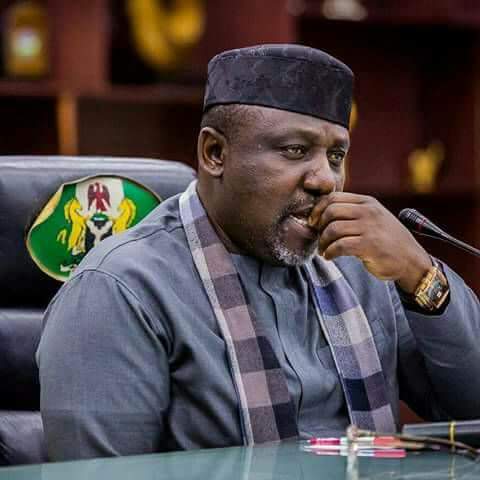 In the good efforts of Imo state government under the first-rate leadership of his Excellency Governor Rochas Okorocha to sanitize our rural habitats to make the state a home very conducive for our living, education and business thrives, residents have continued to deposit refuse at unauthorized dumpsites in Owerri the capital city of the state.

As it has almost become a tradition in Imo state, some points along Douglas Road, Relief Market, World Bank, Royce Road, Okigwe Road, Tetlow Road, Mbaise Road, and some parts of Wetheral Road has become a continuous dumpsite where refuse are dumped carelessly and most times randomly at late nights and earliest morning hours.

These roads are visually blocked by the heaps of refuse dumped on them.

Mostly on clean-up days and perhaps there are no immediate measures to dispose the refuse by the relevant agencies, the heaps will continue to accumulate and the people living near to this dumpsites will be prone to its hazards.

Imagine a state where food vendors, fast food joints, fruits and vegetables are being sold close by the refuse dumps not taking cognizance of its hazardous effects on the health of the people who patronize such vendors along the roads.

To some observers, the show of recklessness and non-functionality of relevant agencies to provide permanent sites to discharge refuse in the state is so worrisome. To others it has come to be an all commerce affairs pending when government will impose stringent measures against illegal dumpsites in Imo state.

Some class of Imolites has reacted very fervently over this misnomer of illegal refuse dumpsites littering round the state.

As it stands presently in the state, the affected public range has discredited the functionality and efficiency of the rescue government.

2023: Tinubu & the cost of political miscalculation ~ by…

In a related development, along Nekede/ Ihiagwa Road, mountains of illegal dumpsites have continued to increase on daily basis pending the large crowds of occupants domiciled in such student populated areas.

Precisely at Umudibia Community Primary School Umuofocha Village, just behind a primary school that contains large number of pupils, one can put in mind its devastating effects and health implications on our beloved children and their teachers who inhale its deadly gaseous odor from the dumpsite. Another bad site was also discovered along the road where the proposed Umuerim Market is cited. This particular dumpsite has caused several degrees of road accidents because of its dump extension to the major Nekede Ihiagwa road. This deadly dumpsite is located directly opposite SANISS Lodge beside Holy Ghost Liberation Mission and Mc Kings Nokia House Umudibia Nekede in Owerri West Local Government Area of Imo state.

However, my public searchlight have  also beamed on another dumpsite that is located at New Road Bus/ Stop Umuoma Nekede where residents and food vendors around the area mentioned have claimed to have complained severally to the relevant agencies to come to their rescue but to no avail.

There is another illegal dumpsite at Umuagwu Police Post junction where Naija Bet business is sited and several other illegal Refuse dumpsites littered along Umuagwu umuoma New Estates and the river side’s within these areas mentioned.

It is worthy of note that this research was conducted by a competent crew of journalists led by Princelynews and stakeholders from these areas mentioned is not without high expectations, thus calling on the rescue government to push to work its relevant agencies, clear rubbish and do its best to manage waste and to provide official dumpsites or spots or places to be managed by government.

Residents can also play a good role henceforth to stop dumping refuse at dumping such refuse at unapproved locations It is very obvious to submit therefore that illegal dumpsites associated with hazards and scavengers are asking the people oriented government of Imo state to clear sites. The commissioner of Environment, ENTRACO and other related agencies of health must help.

El Rufai To Atiku: No APC Governor Will Follow You To PDP

2023: Tinubu & the cost of political miscalculation ~ by Sanusi Muhammad