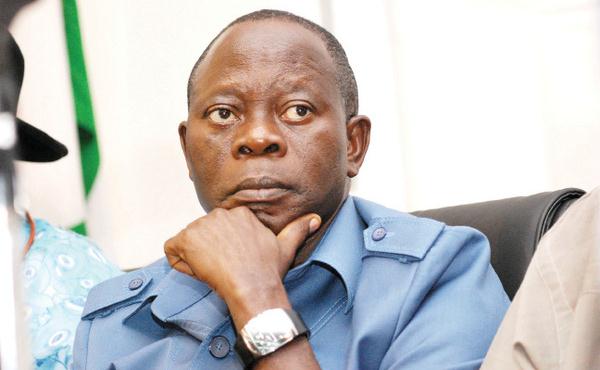 Movement (NDPM) on Friday, advised Edo State Governor, Comrade Adams Oshiomhole to shun politics of witch hunting, imposition and urged the leadership of the All Progressives Congress (APC) to stand firmly by bringing Sylva to power in December 2015.

Meeting under the aegis of the Niger Delta People’s Movement (NDPM) in Port Harcourt, the leaders accused Governor Oshiomhole of conniving with some aspirants to sabotage Sylva’s efforts at the party’s governorship primary.

“We respectfully request the national leadership of the party to remove Adams Oshiomhole as the Chairman of the State’s Electoral Committee due to his inability to perform the duties required of him by the party.”

In a statement issued after the meeting by NDPM spokesperson, Mrs. Ibifuro Tatua, the leaders hinged their support for Sylva on his landmark achievements as former chief executive officer of the state.

According to them, “the next governor should be someone who can govern, transform and develop the state as well as save it from drift after 2015.”

The leaders, while describing Sylva as a trusted hand, said “Sylva represents politics of development in Nigeria.”

“Sylva is the people’s choice. He is a bridge builder and a grassroots politician. His records in administration are excellent and clear testimonies of a committed leader. His vision, credibility and upright nature are attributes that appear most to people. He has over the years woven a network of contacts with key players of the Nigerian power game. He will propel Bayelsa State to higher planes of development” the statement said.

The forum urged the people not to support any aspirant that has been identified as part of the factors militating against the progress of the state.

“The time has come to make sacrifices. Let us bury our differences. Let us halt political jokers and opportunists from further sucking our blood and mortgaging our future. Let us mobilize to push Sylva in the interest of our state and the future” the statement said.

The group also called on APC leaders in the state to support Sylva.

“Let us ensure that this humble leader becomes our governor in December 2015” the leaders appealed.

The meeting to chart the way forward for Bayelsa State was attended by prominent citizens of the region.

Renewed Battle for the Senate Presidency: PDP Vs APC