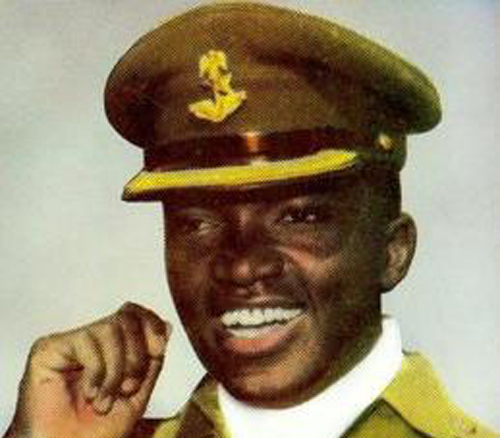 Nigeria lost her innocence that day Chukwuma Nzeogwu and his band of dilettante revolutionaries, in an attempt to shoot their way into power, murdered the innocent in cold blood.   It was an abhorrent act that should have offended the sensibility of every Nigerian and attracted their unambiguous condemnation. Unfortunately, it was applauded by some Nigerians.

Six months later, Murtala Mohammed and Theophilus Danjuma and their band of bloodthirsty, vengeful, hate-filled murders shot their way into power; and orchestrated the mass murder of Igbo civilians in Northern Nigeria. A British reporter in Nigeria characterized that unjustifiable slaughter of the harmless and guiltless as a “pogrom of genocidal proportion”. That murderous lunacy should have startled the conscience of the country and nauseated every Nigerians, and consequently, roundly denounced by all Nigerians. Lamentably, it was gleefully celebrated by many Nigerians.

Nigerians were subliminally beginning to glory in violence and trivialize human life. This exaltation of bloodshed and repudiation of the sanctity of human life by Nigerians gained increased currency over the years. Not surprisingly, presently, Nigeria is a very violent country, where there is very little regard for life. This is evinced by stories of violence, wanton butchery and bloodshed that suffuse Nigerian newspapers. The Nigerian Police Force is trigger-happy and has, on occasions, shot and killed people for trivial reasons like refusal to pay them bribe at police road blocks.

The police hierarchy benefits financially from police brutality and extortion, and is therefore prepared to concoct alibis to exonerate their men from the most heinous acts of inhumanity. Periodically, Nigerian soldiers, although confined to barracks, foray into civilian centers to kill and maim civilians for the flimsiest reasons. With their commanders’ protection and willingness to confect falsehood in their defense, they mostly go unpunished. Officials of other government agencies, like Nigerian Security and Civil Defense Corps (NSCDC) and Lagos State Traffic Management Agency (LATSMA) are known to have occasionally beaten people to death.

The Nigerian power elite are also culpable of disdain for human lives. In October 2007, at Anyigba in Kogi State, Sullivan Chime, the then governor of Enugu State, ordered his security men to shoot at Kogi State University students on a peaceful protest because they were blocking the route of his motorcade. They opened fire and killed six persons (two protesting students and four pupils killed by stray bullets in a nearby nursery school).

As though the office of the governor conferred him a license to kill, he, in a demonstrated derision for human lives, offered no apology and condoled none of the bereaved families. The governors’ and the governors’ wives’ motorcades have, on a number of instances, ran people over, and caused accidents that resulted in loss of lives. For the most part, they neither apologized nor showed any sign of compunction.

Apologists for the former president, Goodluck Jonathan, were right in their protestation that Jonathan did not cause the myriad problems that plagued Nigeria during his presidency.  However, his presidency accentuated all our societal ills. Evils, like the cheapening of human lives, whose origin is traceable to military intervention in Nigerian politics became exacerbated by his visionless and directionless presidency.

Consequently, it was during his presidency that Nigeria had her worst job recruitment accident. In 2014, 23 job seekers, including four pregnant women, died at different stadia in Nigeria where they were herded, in their tens of thousands, for job recruitment tests. It was the Minister of Interior’s (Abba Moro) greed, negligence and insensitivity to the welfare of the job applicants that caused the deaths.

In a country that places premium on human lives, such a tragedy would have elicited remorseful, tearful, unreserved apologies and immediate resignation from the minister, and a nationally televised address from a somber and gloomy president apologizing to Nigerians, consoling the bereaved families and promising investigation and restitution.

But, as life is despised in Nigerians, the minister was neither apologetic nor remorseful, and did not resign. He was quoted as saying that, “They lost their lives through their impatience”. Blaming the dead for their death was repulsively coldhearted. With the mass poverty and the dangerously high unemployment levels in Nigeria, the job seekers were understandably impatient.

It behooved the Ministry of Interior to make the necessary arrangements to accommodate the inconceivably numerous youthful, unemployed and impecunious, and of course, anxious and frantic job seekers penned up in different stadia. The Jonathan presidency, in its equivocation and dereliction, glossed over the issue, and failed to penalize Abba Moro and other errant government officials.

It is exhilarating that President Buhari has ordered an investigation into that job recruitment disaster. Abba Morro is being investigated by the Economic Financial Crime Commission (EFCC). This is most apropos for Nigerians voted for change. Therefore, in their justifiable optimism, they are expecting a change from corruption to accountability, lawlessness to the rule of law and, of course, disrespect for human life to reverence for human life.

As attitudinal changes come at glacial pace, it will take a long time of concerted, multi-prong efforts to wean Nigerians off their violent ways and despise of human life. However, on the short run, the investigation, prosecution and punishment of all culprits in the death of those 23 youths and in other deaths in other instances of official contempt for human lives will help immensely in restoring respect for human lives in Nigeria.

For it is high time we changed our attitude towards human life. We have to once again realize that man is the expression and embodiment of God. And, as such, human life is sacred and inviolable.