This was contained in the document which was issued from the governor’s office, dated August 9, 2021, and titled “RE: Request for Kaduna State Assistance in hosting the inaugural Muhammed Sanusi II Colloquium“.

It was signed by the Permanent Secretary (General Services), Muhammad Bashir Umar, on behalf of the Secretary to the State Government.

According to the document, Mallam El-Rufai approved N25 million despite unpaid salaries and in the midst of gnawing security challenges bedeviling the state.

See the attached document below: 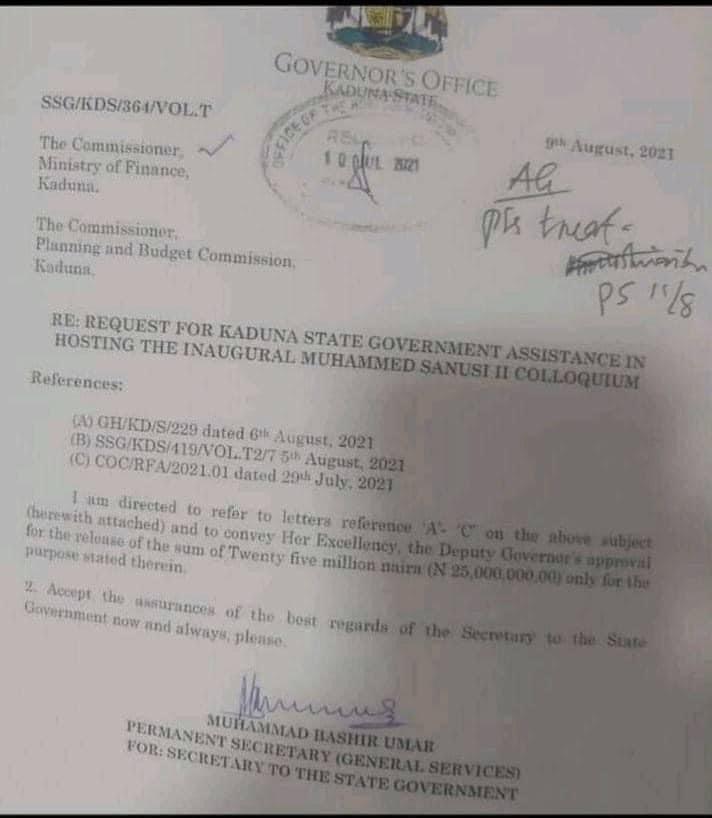 Reacting to the approval, a citizen of the state, Aliyu Kwarbai, taking to his Twitter handle @AliyuKwarbai, lamented:

“Only God can Judge between Elrufai and Kaduna state masses. You sacked workers with out paying them a penny, demolished houses without paying a penny, unpaid salaries, etc. But paid N25m to honour a dethroned person, a non indigene of the state.”