Revealed: The Technocrats Among The Ministerial Nominees 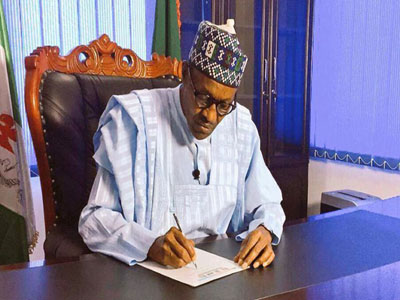 As the final list of Nigeria’s President Muhammadu Buhari’s ministerial nominees are unveiled today, some Nigerians are already asking: who are the promised technocrats to make up the cabinet?

‘Where are the economic team we are expecting?’

‘Where are the speculated Mrs ifueko okaru omoigui, Professor Chukwuma soludo, Professor Pat Utomi and Barrister Femi Falana as ministers as the final list is out?’

Well, here are the technocrats in the ministerial list.

1. Okechukwu Enelamah M.D., CFA Chief Executive Officer, Partner, and Founder, and head of African Capital Alliance (ACA). Buhari has asked the head of the country’s biggest private equity firm to join his cabinet. Enelamah, a former Goldman Sachs banker, is a founder and chief executive of ACA, which has raised over $750 million in managed funds since its inception in 1997.

2. Kemi Adeosun, also tipped by analysts to be the next Nigerian finance minister. President Muhammadu Buhari nominated Adeosun, a former investment banker and London-trained accountant, as a cabinet minister, without disclosing what portfolio she may lead. Analysts including Bismarck Rewane of the Financial Derivatives Co. in Lagos, and Manji Cheto, vice president of risk adviser Teneo Intelligence in London, said she may be finance minister, given her previous position as finance commissioner of Ogun state in the south-west of Nigeria for the past four years. Buhari’s finance minister will need to restore confidence in Africa’s biggest economy in the face of lower oil prices, slowing economic growth and attacks by Boko Haram militants.

Adeosun has degrees in economics and public financial management from universities in London, according to her LinkedIn profile. She worked for PricewaterhouseCoopers LLP in London and at Chapel Hill Denham Ltd., a Nigerian investment bank, before becoming finance commissioner of Ogun state in 2011. It has the seventh smallest economy of Nigeria’s 36 states, according to Renaissance Capital.

Adeosun doesn’t have the profile of her predecessor, Ngozi Okonjo-Iweala, who was a former managing director of the World Bank.

3. Aisha Abubakar, a banker who until recently headed the Abuja Enterprise Agency, a government body to help smaller firms.

4.  Emmanuel Ibe Kachikwu. Buhari, a former military ruler, had already asked the head of state oil firm NNPC, to join his cabinet. The former Exxon-Mobil manager is expected to become junior oil minister as Buhari wants to keep the oil minister portfolio for himself.

Senate President Bukola Saraki did not specify a portfolio for Okechukwu Enyinna Enelamah, as he read out a second batch of Buhari’s cabinet nominees that need to be approved by the upper house. But Observers believe Enelamah will be appointed Minister of Finance and will head the president’s Economic team.

Buhari will disclose the cabinet portfolios only once the upper house approves his list, Saraki said on Tuesday, as lawmakers started screening candidates for a long-awaited government. He had submitted a first batch with 21 names to the Senate earlier this month and has added an extra 15 to fulfil the constitutional need for a minister from each of Nigeria’s 36 states.

Buhari was elected in March on a campaign to “fix” Africa’s top oil exporter, which is gripped by corruption and mismanagement, but has come under fire for being slow to name a cabinet while the economy is hammered by a plunge in oil prices.

These are the names of ministerial nominees who made President Muhammadu Buhari’s second batch of ministers.

Among the first batch of nominees are:

Check back for their probable portfolios soon….

Lai Mohammed: Metuh Not Aware Of Any Suit against Him