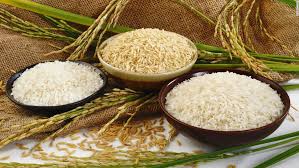 In West Africa it is believed that Nigeria is the largest producer of rice, but also the second largest importer of rice in the world. Today, Nigerians are said to be consuming about 6.5 tonnes of rice annually with less than half of that figure produced locally and the deficit arising from importation of rice cost Nigeria over two billion dollars per annum. The ban on foreign rice importation has increasingly encourage local production.

Last December, Lagos State in collaboration with Kebbi State were the cynosure of all as they came up with the LAKE rice, which was an instant hit, as Lagosians trooped out to pay for the rice produced in Kebbi state. Indeed, lots of corporate bodies, especially banks, gave out Made-in-Nigeria Olam rice as gifts instead of the usual imported varieties. Findings show that the rising volume of local rice production is due to increased demand for the commodity by Nigerians.

The demand is said to be fuelled by growing awareness among Nigerians that the locally-produced rice is much more nutritious than the imported variety especially given that many of the country’s leading rice millers now process Paddy rice as proficiently as their foreign counterparts.

In fact, during a visit to a rice farm in the eastern part of the country recently, the Minister of Agriculture, Chief Audu Ogbeh, predicted that Nigeria could end rice importation in the next one year thereby drastically reducing its annual food importation bill which currently stands at between $2 and $3 billion. •Venkataramani Srivathsan Olam’s huge investment:

However, analysts point out that the surge in Nigeria’s local rice production has been primarily due to the massive investment in the production of the staple food by leading Agribusiness firm, Olam Nigeria Limited.

Although there are several companies now involved in rice production in the country, Bua Group through its subsidiary, Bua rice, just revealed plans to increase its current processing capacity, just as Dangote rice also plans to produce one million tonnes of high quality parboiled rice within the next three years.

All these efforts are coming on the heels of the pioneering role of  Olam in commercial rice production in the country that has helped in the surge of local production but also helped boost small holder farmer production as well. In 2013, former President Goodluck Jonathan commissioned Olam’s multi-million dollar integrated rice mill in Nasarawa State, fitted with the capacity to produce 65,000 metric tonnes of milled rice per annum.

Speaking during the commissioning of the facility, Olam’s Managing Director for Africa and Middle East, Venkataramani Srivathsan, said 3,000 hectares of land was already under cultivation on the 6,000 hectares of mechanised paddy farm where the rice mill is located. Integrated farm and milling facility Srivathsan said Olam planned to increase acreage in Nasarawa to 10,000 hectares.

“This will bring Olam’s total investment in the integrated farm and milling facility to over $111 million.” He also noted that the mill demonstrates how large-scale commercial farms can work hand in hand with smallholders to boost Nigeria’s agricultural sector, generating rural prosperity through local processing.

The company which was one of the few big global players that saw the promise of the Nigerian rice market, developed an innovative approach to rice production with a model that combines a commercial farm with a programme that works with nearby farmers, called out-growers, which allows Olam greater control over its product while still leaving room to foster and train local small-scale farmers in rice production. With the use of aircraft to plant rice, apply fertiliser, insecticides, herbicides and bird control, together with nine giant tractors for land preparation and 11 combined harvesters for harvesting and threshing rice, the company is currently developing a 10,000-hectare, fully-mechanised and irrigated paddy farm at Rukubi, Doma Local Government Area of Nasarawa State.

The farm is expected to yield 10 metric tonnes per hectare (average yield of local farmers is 2 – 4MT) in two annual crop cycles, based on four varieties of high-yield rice tested with the West African Rice Development Association, which are FARO 44, FARO 52, L34 and L19, all developed and released by Africa Rice. 4,400 hectares are already under cultivation, with a further 2,000 hectares on target for 2018, recording, for now, six tonnes per hectare. Up to 1,000 workers are employed on the farm depending on the season.

Significantly, at the heart of the rice farm is a 105,000MT-capacity rice milling facility which incorporates Satake milling technology and Italian par boiling technology. This is expected to provide 105,000 metric tonnes (MT) of milled rice per annum to the domestic market. According to the Plant Manager, Mr. Jayane Jagtap, the mill is designed to process paddies into finest rice comparable with best brands around the world.

Moisture content Speaking to a team of journalists who visited the facility, he explained that paddies are fed through the feeder (intake unit of the mill), conveyed into the cleaner where paddies are cleaned and de-stoned, conveyed into a dryer where moisture content is reduced from 22 per cent to about 12 per cent, and to another cleaner, from where paddies are conveyed into parboiling tanks, where paddies are watered and parboiled at 60 degree centigrade. The paddies are  then conveyed from parboiling tanks into coolers and into the drying tanks, from where they are transferred to the larger silos, which feed the mills where husks are separated from rice. After further polishing and grading, the rice is packaged into five, 25 and 50KG bags and moved unto the store, all within the farm.

The company’s ‘nucleus’ model combines the quality control of a large scale commercial farm with the cost and scalability benefits of smallholder ‘out-grower’ networks. Over 3,000 surrounding rice-growing farmers are supported by Olam with training, pre-finance and inputs in order to improve their own paddy yields.

The 3,000 farmers, who produce about 4,000 metric tonnes of paddies per annum, are currently engaged in the programme, with a target of 16,000 by 2018, ultimately moving up to 20,000 and supplying 30-40 per cent of the mill’s capacity. Interestingly, the company attributes its success to its commitment to developing Nigeria’s agricultural  sector as well as delivering value to farmers and customers.

As it put it in a statement: “Success has been based on delivering value to both customers and farmers through first class operational capabilities and a long term commitment to develop Nigeria’s agricultural supply chains. According to Vanguard.

I Cannot Tell When Buhari Will Return – Femi Adeshina [Video]