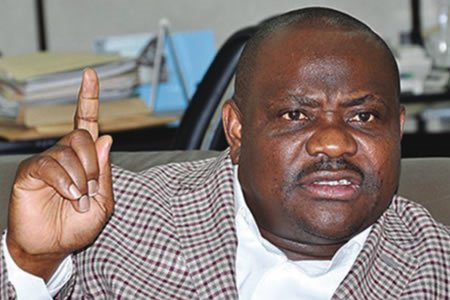 Rivers Rerun: Punch Editorial and the failed attempt to play the Ostrich

The Rivers Rerun Elections were held on December 10, 2016.  What transpired before, during and after the rerun  elections  are already in the public domain.

Every Nigerian  with any sense  of equity and fairness knows that the APC, the security agencies and INEC  formed a criminal  gang to steal the mandate of the people of Rivers State. Nobody  has denied  this fact.

It  is  on this premise that I find the editorial of Punch Newspaper  on Thursday, January 5, 2017, shocking, embarrassing and an insult to the memories  of Rivers people  who paid the supreme price in defence  of democracy.

The truth is; if Punch Newspaper  lacks the courage to write truthfully  about the unfortunate  failure  of  security agencies and INEC to deliver on peaceful  elections on December 10, 2016, there was no reason writing at all.

Otherwise, it would be  right  to conclude that Punch is part of the damage control mechanism of security agencies, for which certain  media organisations  were  conscripted to  sell half-truths, outright  lies and concocted  audios.

The most unfortunate  sentence in the entire politically  motivated Punch Editorial is the unfortunate false generalisation by the Newspaper.

Imagine  a newspaper  writing this of a state from the comfort of their office: “Indeed, Rivers State has become a notorious nest of electoral bandits “.

Are they electoral  bandits because  they did not allow  APC and  security agencies  to rig? How can a newspaper  become cheerleaders  for election  thieves.

When I read this, I wondered who must have crafted the editorial  without respect for decency and respect for the people of Rivers State. 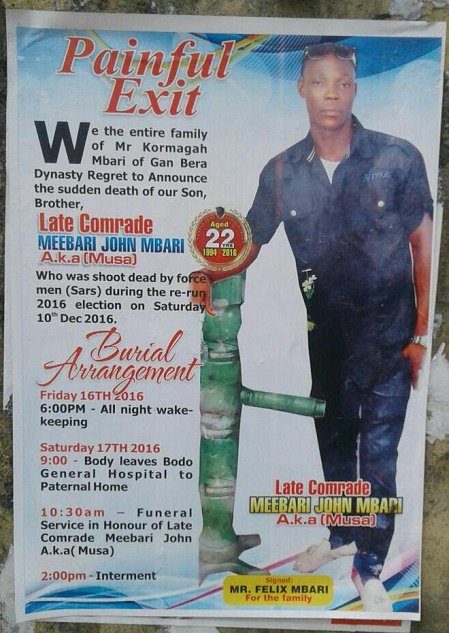 The Punch Editorial of Thursday, January 5, 2017 struggled in vain to divert attention from  the  crime against the Rivers people  by security operatives  caught on video shooting and killing people on December 10, 2016.

Many of these videos, which are already online and used sparingly  by some electronic  media organisations have been  sent via email  to all editors, Punch editors and correspondents  inclusive.

Instead, Punch chose to play the Ostrich by referring  to audios concocted  and manipulated  to divert attention from the  atrocities committed in Rivers State by Federal Agencies.

All through the biased  editorial, Punch made no reference to two police officers, SARS Commander, Mr Akin Fakorede and Rivers Assistant Commissioner of Police in charge of Operations, Steven Hasso who perpetrated unbridled  violence on Election Day.

The Punch Editorial  made no mention  of the video that has since gone viral of mass thumb printing taking place in the home of Senator Magnus Abe.  The Punch Editorial ignored the video of the invasion of Electoral materials distribution centre in K Dere Town of Gokana Local Government Area by the Nigerian Army.

Deliberately, the Punch Editorial turned a blind eye to the invasion of the Isiokpo  INEC Collation Center by the Minister of Transportation, Rotimi Amaechi, who was backed by the Commissioner of Police in charge of elections in Rivers East and hundreds of soldiers.

The minister sacked all journalists from the centre before they settled down to cook up fresh results for Ikwerre LGA.

In their haste, they forgot to reflect the figures polled by the PDP  in the March 19 Rerun elections.

The ill-conceived editorial  made no mention of the printing of fake result sheets ahead of the elections by Rivers APC  using serial numbers  provided by INEC.

The APC Chieftain, Atonyesia Peterside, a cousin of the defeated 2015 Rivers APC Governorship candidate has been moved to Calabar  in a move to sweep this crime against Rivers people under the carpet.

What about the result sheets  handed over the Minister of Transportation by INEC  and  the ad hoc staff lists compiled by INEC, but dominated by Rivers APC  ward and local government party executives.

The Punch chose to ignore that.

All through the poorly researched  editorial, the Punch Editorial Board  failed to mention  the fact that  all through Rivers State, security operatives  drove PDP agents from collation  centres as they struggled  to rig for the APC.

From Andoni to Abonnema, Port Harcourt to Emohua, Abua  to Bonny, Rivers people had to risk their lives before security agents allowed Electoral officials  collate results from polling units.

But all through the days leading to the rerun  elections, Governor Wike  took it upon himself  to raise alarm of the plots and conspiracies  to rig the elections.

It is sad that a newspaper  would choose to insult an entire state because  the political party their conspiracy  primed to win, lost.

The Rivers Rerun Elections  constitute the  victory of the  people  over the  forces of rigging, violence, falsehood  and propaganda.  It is a victory for performance  over unnecessary  media manipulation.

Governor Wike  represents the new generation  of leaders who are connected to the people.

Governor Wike  has won the love of Rivers people with his pragmatic and transparent  leadership model, which has made Rivers State, a pride of the people.

No amount of  lies and baseless editorials would change  the  cause of events.

It is surprising  that  Punch is yet to realise that  their deliberate  misrepresentation  of events in Rivers State  have yielded no fruits.

However, when the state started playing host to series of national and international events, with hundreds  of  thousands  of  people  attending, they quietly  changed direction.

Nobody can stop the Punch Editorial Board from having  its political  preference, but it should be done with  respect for obvious facts.

This particular editorial was in bad taste. It was an insult to those who lost their lives defending democracy.

I thought it is necessary I bring this  to the notice of well-meaning  Nigerians.  We cannot allow self-righteous editorial spew falsehood  against  Rivers people.

For the avoidance of doubt, Rivers is PDP.  Rivers is NEW.