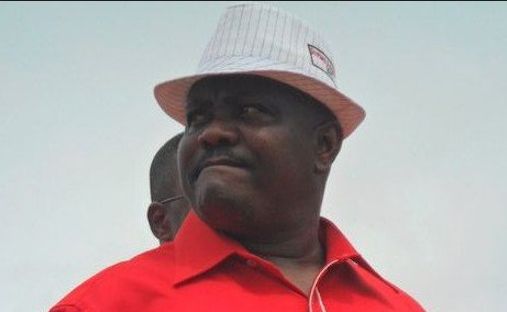 DSS had informed Nigerians that it has uncovered a sinister plot by Governor Wike to disrupt machinery of governance in strategic Federal Government agencies.

DSS claimed he plotted to provoke a violent breach of peace in Abuja on 22nd December, 2016 and beyond especially at this yuletide season.

To achieve this, DSS said that Wike secured the services of one Ikenga Imo Ugochinyere, a Personal Aide to the Senate President, Senator Bukola Saraki to mobilize some hoodlums to execute their plan.

In a swift reaction, the Commissioner for Information and Communication in Rivers State, Dr. Austin Tam-George, said:

“It is an irresponsible scaremongering by an agency that seems bent on a mission to blackmail the governor of Rivers State, and bring the state government into disrepute.

“Governor Wike is a man of peace, and would never orchestrate disturbances in any part of the country.

“The Rivers State Government challenges the DSS to leave Governor Wike alone, and instead focus their operational attention on the Boko Haram insurgency that has killed over 70, 000 people, and displaced 6 million Nigerians , in the past six years.

“The government and people of Rivers State will never succumb to cheap blackmail by the DSS, or any federal agency by whatever name.”

DSS is yet to react to Rivers State government counter-accusation and denial.

Also, Senate President, Bukola Saraki reacted to the claims by the DSS over the involvement of his aide in the planned unrest.

Saraki made it clear that he will never condone any action by any of his aides which threatens the peace of the country or is against the provisions of the law.

Read below a statement issued by the Special Adviser to the Senate President, Yusuf Olaniyonu: