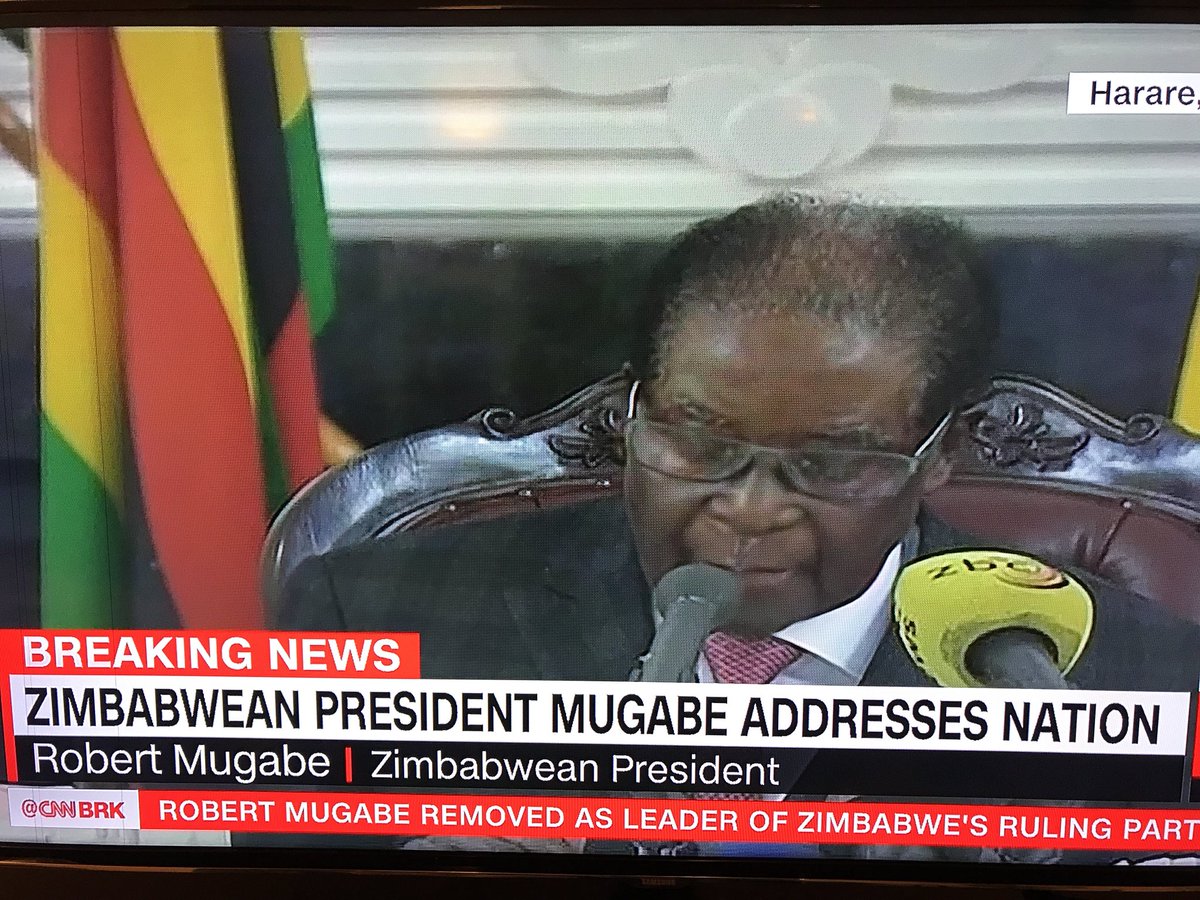 Zimbabwe’s President Robert Mugabe has resisted calls to step down, ending a much-anticipated televised address to the nation without announcing his resignation.

Earlier on Sunday, the ruling ZANU-PF party had expelled Mugabe as its leader, and gave him a Monday noon deadline to step down as president, or face impeachment.

The ultimatum given to the 93-year-old leader, who has been in power for 37 years, came five days after the military seized power and placed Mugabe under house arrest.

In a rare sign of solidarity between the people and the army, which has often been a pillar of support for Mugabe’s rule, thousands took to the streets on Saturday to express support for the military’s action and call for the president’s removal.

But in his national address, following a meeting with military commanders, the veteran leader acknowledged criticism but made no reference to the calls for him to resign.

“Whatever the pros and cons of how they (the army) went about their operation, I, as commander-in-chief, do acknowledge their concerns,” said Mugabe, seated alongside the army commanders who were behind the military’s action in the early hours of Wednesday.

“We must learn to forgive and resolve contradictions real or perceived in a comradely Zimbabwean spirit,” he added.

Despite having been dismissed as ZANU-PF’s leader, Mugabe vowed to preside over a key party conference next month.

“The party congress is due in a few weeks and I will preside over its processes,” said Mugabe.

Earlier on Sunday, ZANU-PF had said Mugabe would face impeachment proceedings in parliament on Tuesday if he did not step down by noon on Monday.

Party members also expelled his wife, Grace, from its ranks and voted to name the sacked Vice President Emmerson Mnangagwa, whom Mugabe fired on November 6, as new party leader.

Al Jazeera’s Haru Mutasa, reporting from Zimbabwe’s capital, Harare, said “a lot of people are surprised” Mugabe had not stepped down “after all this pressure”.

“There is no celebration on the streets, just disbelief,” she said.

“Sources behind the scenes say that he is being stubborn and for now he isn’t going anywhere,” added Mutasa.

“It could be a plan he’s working on to exit gracefully, or it could also be that he doesn’t understand there is such a massive unhappiness,” she added, noting that all eyes would now be on the Monday midday deadline.

Georgina Godwin, a Zimbabwean journalist, pointed to the presence of army officials next to Mugabe to argue that his speech had been approved by the military.

“I’m sure the army must have agreed to this – all the generals were sitting there,” she said from Britain’s capital, London.

“This is the way to have a dignified exit.”