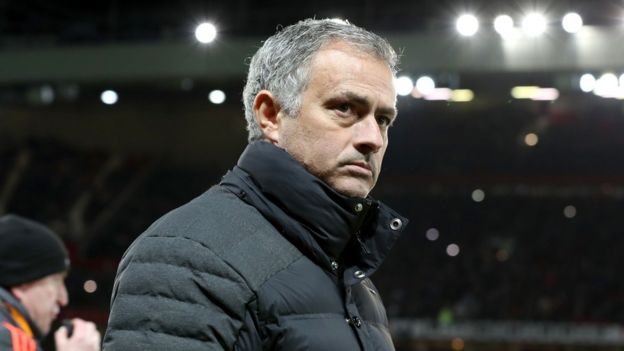 Cristiano Ronaldo and Jose Mourinho have avoided paying tax on millions of dollars of earnings by channelling money abroad, according to claims based on a huge document leak.

The allegations are said to be based on two terrabytes of leaked information which include original contracts.

Ronaldo and Mourinho deny the claims.

Football agency Gestifute, which represents both men, said in a statement: “Both Cristiano Ronaldo and Jose Mourinho are fully compliant with their tax obligations with the Spanish and British tax authorities.

“Any insinuation or accusation made to Cristiano Ronaldo or Jose Mourinho over the commission of a tax offence will be reported to the legal authorities and prosecuted.”

The claims were published by an international consortium of journalists which obtained a trove of about 18 millions documents. Other top players were named in the documents.

The European Investigative Collaborations (EIC) consortium includes German newspaper Der Spiegel, Spain’s El Mundo and the UK’s Sunday Times. The consortium says it intends to publish a series of articles under the banner “Football Leaks” over the next few weeks.

The leak comes eight months after the so-called Panama Papers lifted the lid on how the world’s rich and powerful use tax havens to hide their wealth.

The paper says the striker received sponsorship fees which were moved via two Irish companies to the tax haven, 11 days before Spain changed an advantageous tax law.

The NRC says Ronaldo has so far not responded to questions asked by the consortium.

The leaked documents relate to the time that Mourinho spent as manager of Real Madrid, between 2010, and 2013, acccording to El Mundo.

The club, Ronaldo’s current employer, did not respond to requests from news agencies for comment.

Manchester United said the allegations related to events before Mourinho’s arrival at the club and so it would not comment.

Mourinho is reported to have moved €12m (£10m) into a Swiss account owned by a British Virgin Islands company, according to the EIC.

According to the reports, Friday’s first batch of leaks centred on “a system” put in place by Mr Mendes, whose company has denied any wrongdoing.

His company, Gestifute, said in a statement that neither Ronaldo nor Mourinho “have been implicated in legal proceedings of the tax evasion commission in Spain”.

It noted it had taken legal redress against claims of tax evasion and stressed it had always acted with “the highest degree of professionalism in relations with [its] clients and authorities”.

The company accused the media consortium of operating in an “insidious” way concerning the stars’ tax obligations.

HOW DO TAX HAVENS WORK?

Tax havens are often based on small island countries which offer banking secrecy and very low or non-existent taxes on financial transactions.

They include the British Virgin Islands, Macao, the Bahamas and Panama.

Although there are legitimate ways of using tax havens, they are often used to disguise the owners and origin of money and to avoiding paying tax.

This is often done via the creation of shell companies based in the havens, which have the outward appearance of being legitimate businesses but have no real offices, staff, services or products, other than to manage money while disguising those who own it.