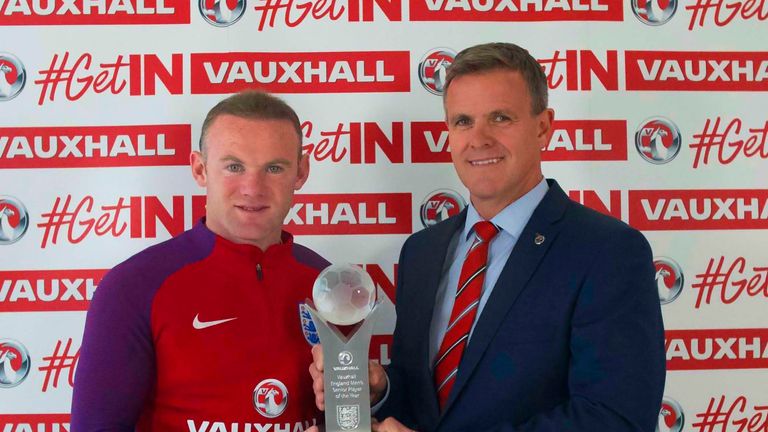 Manchester United striker and England captain, Wayne Rooney has declared his intention to quit international football on the eve of 2018 World Cup.

Rooney announced this on Tuesday at a press conference at St George’s Park in Burton, central England.

“Realistically, I know myself that Russia will be my last opportunity to do anything with England,” Rooney told press men.

“My mind is made up. Russia will be my last tournament.”

New England manager Sam Allardyce announced on Monday that Manchester United striker Rooney, 30, will be kept on as captain for the World Cup qualifying campaign.

The campaign will begin in Slovakia on Sunday.

Meanwhile, in their latest outing, Manchester United recorded another victory to keep up a 100 per cent record in the Premier League so far.

It came in dramatic fashion as Marcus Rashford came off the bench to net a deserved winner for the Reds.

It was a match United totally dominated, but it took until injury time for the breakthrough to arrive.

Some superb and dogged play from Wayne Rooney on the left flank had teed up Rashford to slot home.

And the seven substitutes were also unchanged.

The Reds faced a Hull side who, despite being tipped for relegation having not signed any new players over the summer, sat level on points at kick-off with United after two wins from two.

The man who had done most of the damage for Mourinho’s men in the opening couple of matches of the season was Zlatan Ibrahimovic.

It was the Swede who had the first chance of the game on 10 minutes when he flashed a header just over from Anthony Martial’s cross.

In possession United were dominant, but further clear-cut opportunities were few and far between.

A speculative Paul Pogba effort and Juan Mata free-kick were both on target but neither troubled goalkeeper Eldin Jakupovic.

The Hull stopper was, however, grateful to his captain Curtis Davies, who blocked Rooney ’s shot on the line on 37 minutes after some lovely build-up play from Mata.

Forgery: FG takes over prosecution of ex-Assemblies of God GO