Argentina failed to win Iceland despite the high expectations placed on the South American  side with giants like Lionel Messi, Di Maria, et al.

To make matters worse, Messi sees his penalty saved as Argentina chase a winner throughout the match to no avail.

The match looked tilted to Messi’s side when Aguero scores a superb opener for the South Americans making the match look over before it started.

However, the undaunted debutant Icelandians levels up just minutes later through Finnbogason.

The Argentines looked vulnerable in defence, and even Messi had an off day in the match regardless of several attempts to redeem the wasted chance.

Man of the match, Iceland goalkeeper Hannes Thor Halldorsson did not hide his excitement after the match. Hear him:

“It’s a dream come true for me to have saved that penalty, especially as it helped us gain a point that could be very important for us in trying to qualify from this group.

“I did a lot of homework, watching a lot of penalties from Messi.

“And I also looked back at some of the penalties I had faced and what he might be expecting from me.

“I had a good feeling he would put it that way.”

The match looked like a one-sided one with Argentina dominating with a 73% possession but could not find the net after the first strike. 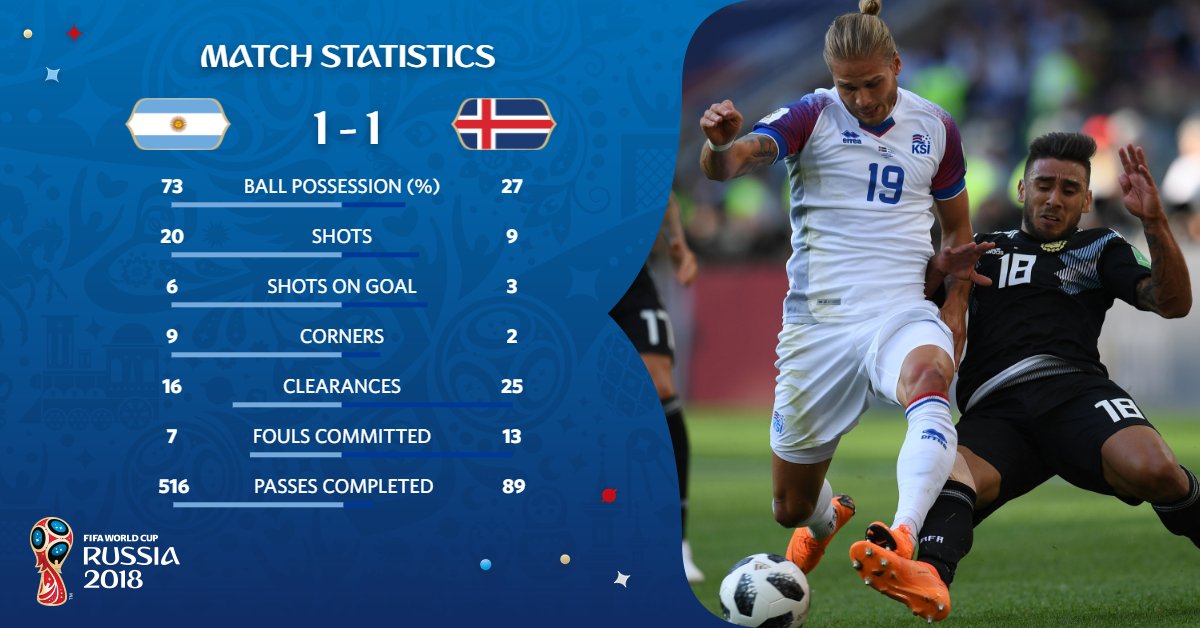