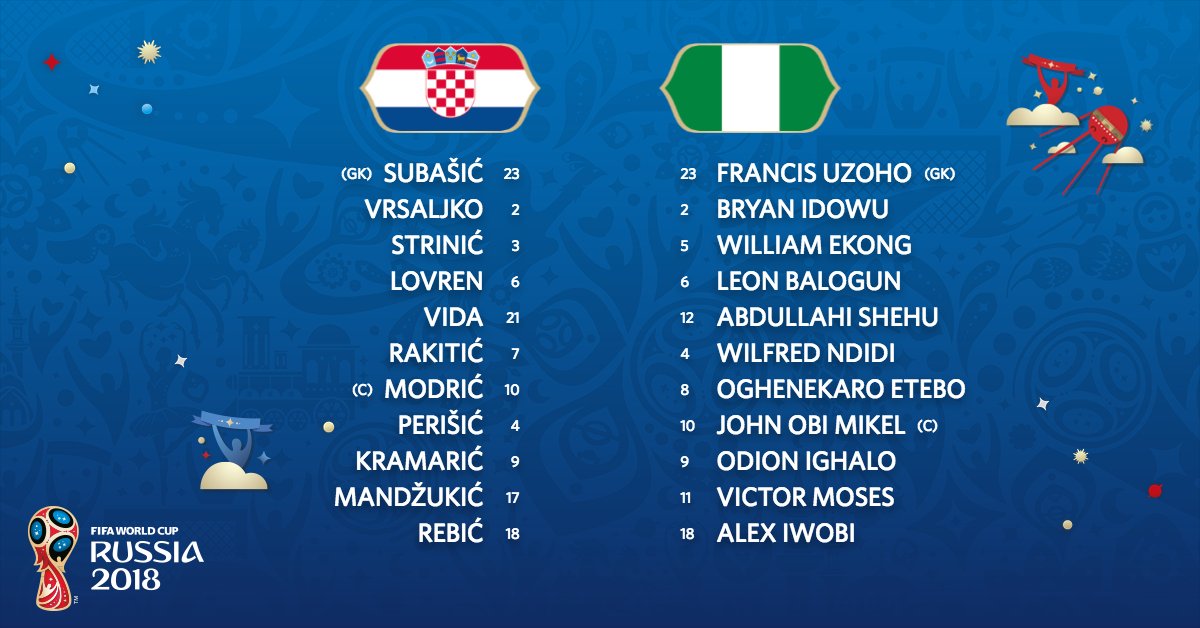 A close shave by the Croatians at the Nigerian end at the 14th minute after a counterattack. Went over the bar.

Nigeria  just wasted an opportunity on the 22′

First Yellow Card in the match to Croatia.

End of First Half 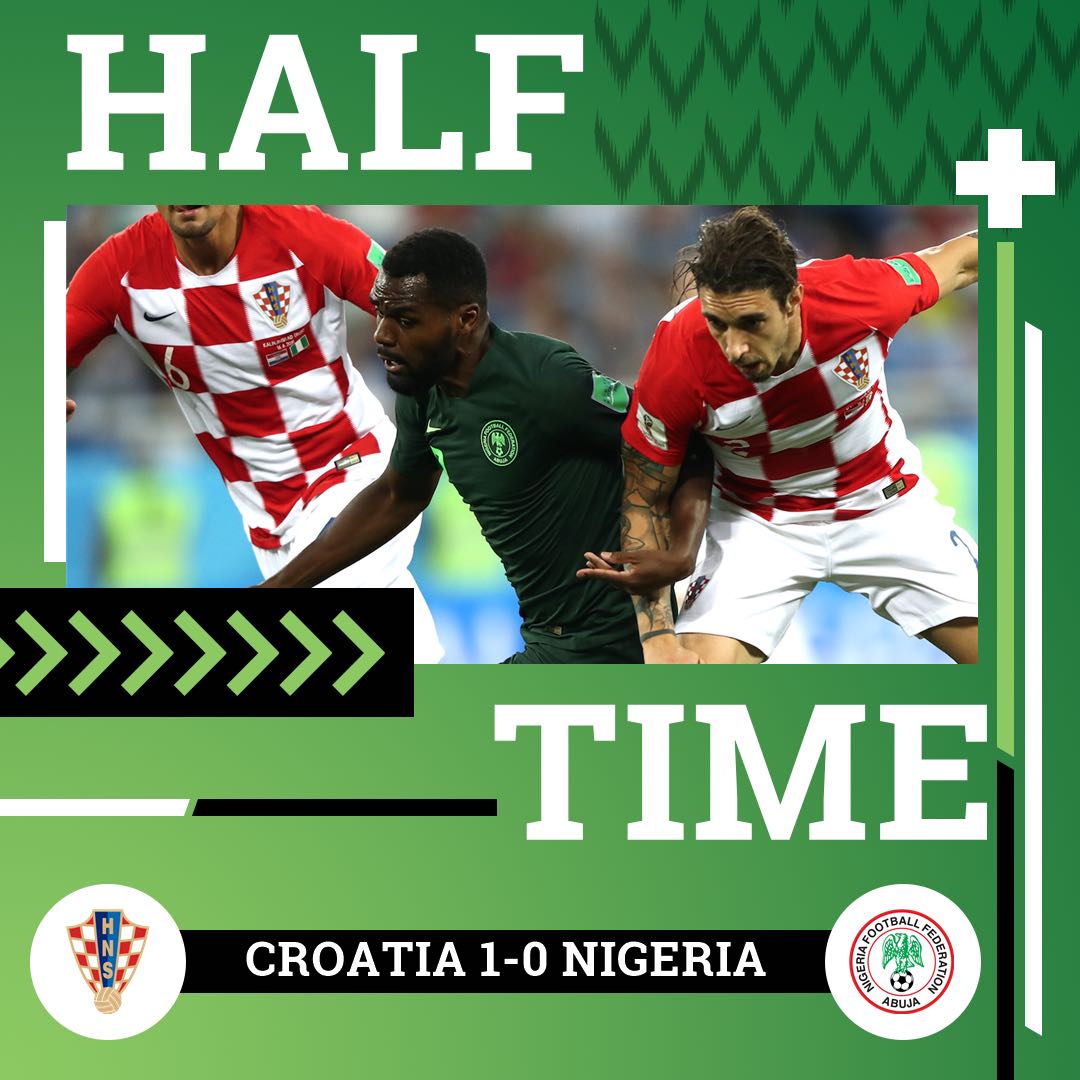 CLOSE. Moses shoots! His effort goes inches wide. The Eagles have soared since the start of the second half. Let’s hope they continue this way. Croatia 1-0 Nigeria

There has been more attacking intent by Nigeria since after the interval but they have yet to make it count with a meaningful effort at goal.

A sharp counter-attack  by Croatia ended in off-side

Jersey 11 comes in for Croatia

Alex Iwobi out for Ahmed Musa

68′ YELLOW CARD. Ekong is booked for a foul on Mandzukic in the 18 yard area. Penalty to Croatia.

73′ Odion Ighalo out, Iheanacho in

80′ Nigeria makes attempt in the Croatian 18 meter box but was saved by the goalkeeper, Subasic

87′ Captain Mikel Obi out for Nwankwo. 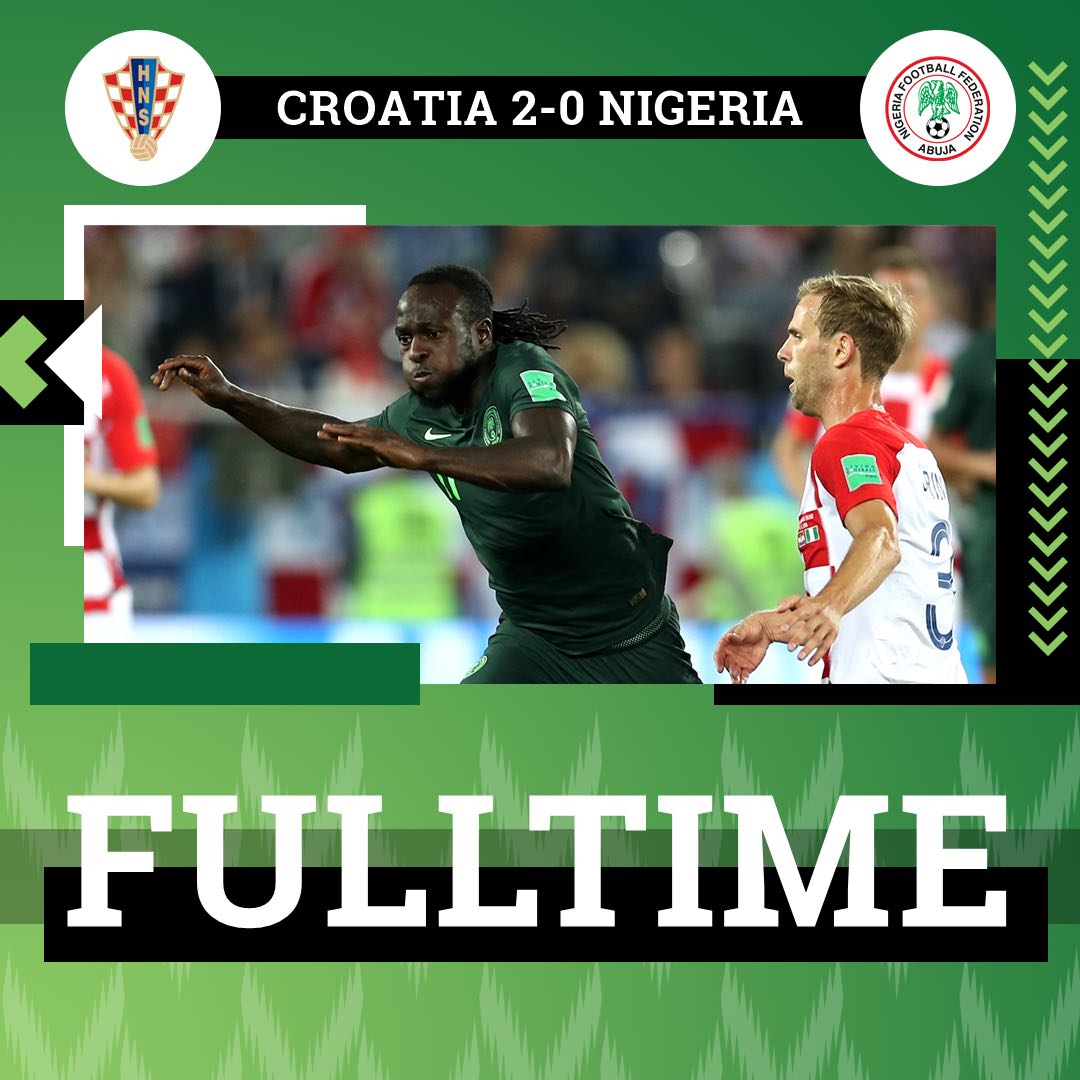 Nigeria now have a mountain to climb after this defeat to Croatia in a difficult group.

They did not create enough clear-cut chances and some poor defending cost them dearly.

The Super Eagles must now beat Iceland on Friday in Volgograd to stay alive in this World Cup. 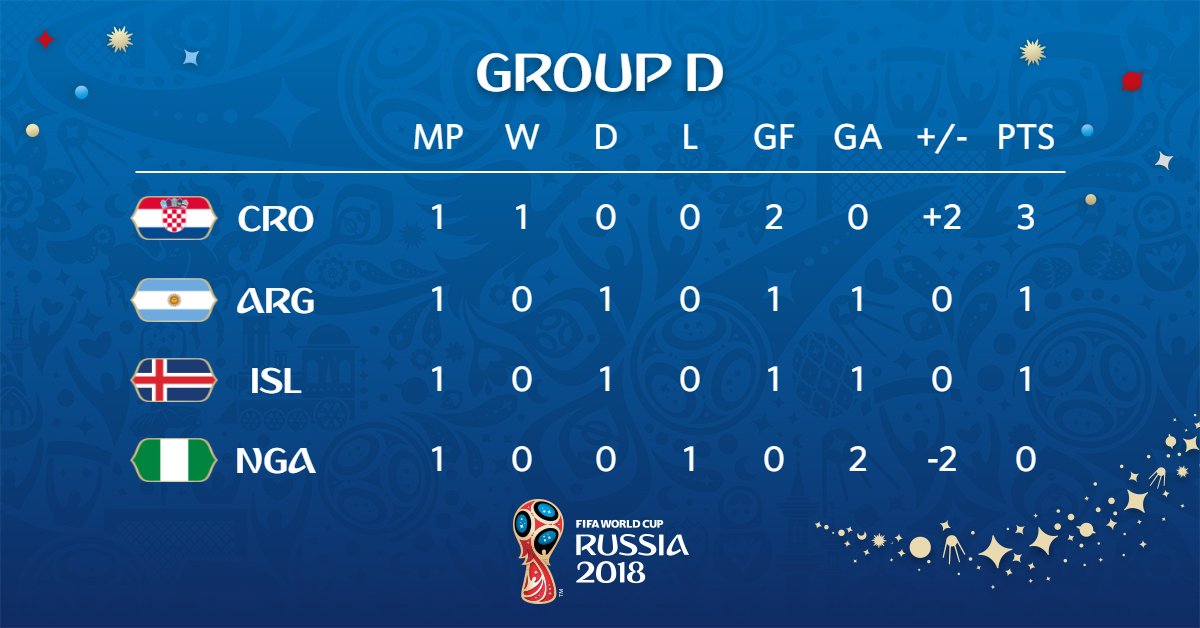