Saraki Fights Back: Senate will not screen Amaechi, 4 others

The Senate will not screen former governor of Rivers State, Mr Rotimi Amaechi today after all, Elombah.com can confirm.

But this morning, The senate withdrew the order paper that contained 8 names for screening including Amaechi’s name and replaced it with another order paper than contained only three names.

Of the first order paper Amaechi’s name was number 3, and the report on the petition against the nomination of Amaechi at plenary on Tuesday was also listed therein. But that was changed at the last minute. 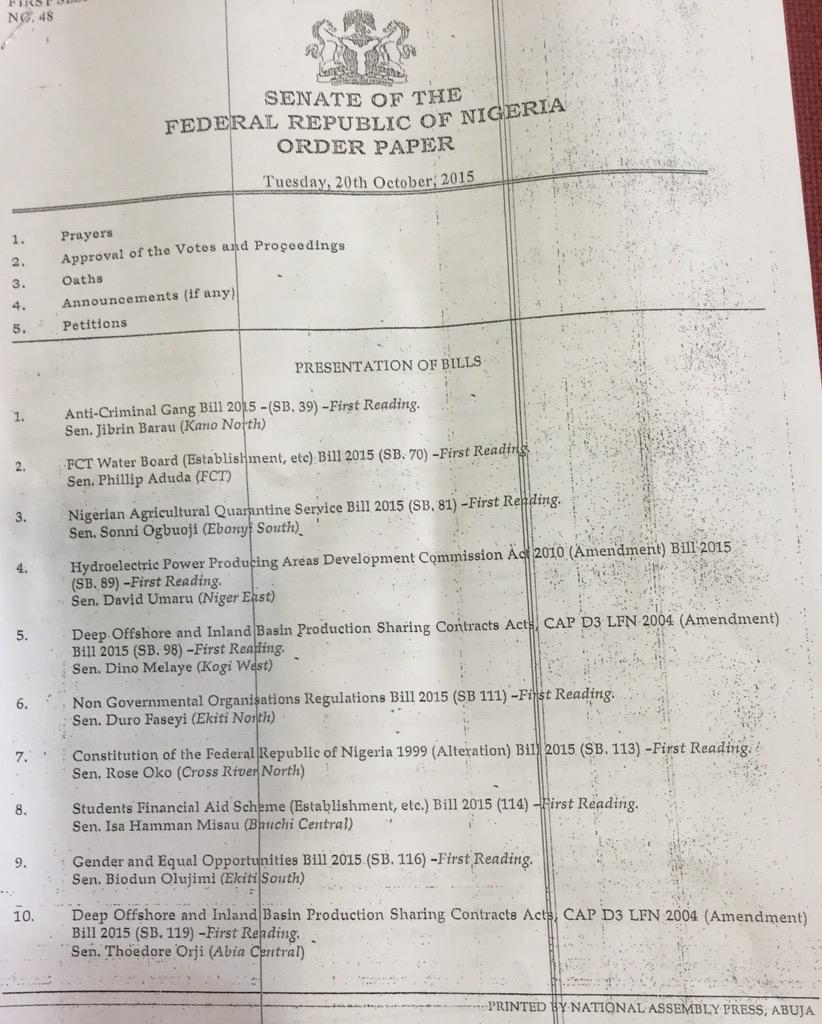 Elombah.com had yesterday reported that the Presidency, some powerful politicians from the North -West and an APC stalwart were behind the unexpected postponement of judgement in the appeal filed by the Senate President, Bukola Saraki, seeking to stop his trial before the Code of Conduct Tribunal (CCT).

‎The Appeal Court in Abuja yesterday adjourned indefinitely Senate President Bukola Saraki’s case against jurisdiction of Code of conduct Tribunal. No new date has been fixed for the judgment.

Saraki and his supporters left the Court of Appeal, Abuja disappointed when the court declined to deliver its judgment earlier scheduled for Monday.

Sources confirmed immediately after the indefinite adjournment that there was pressure to delay the judgement at the Court of Appeal, Abuja Division.

Another source told elombah.com that the delay in Senate screening of former Rivers state governor, Rotimi Amaechi was at the root of the adjournment. He accused Saraki of being recalcitrant over Amaechi’s travails at the Senate.

“What became curious was that no reason was given for the delay in the case, which was said to be ‘sine die’ (indefinite), with findings revealing that high-wired politics and pressure were at play some hours to the judgement”.

VIDEO: Tempers flare over abduction, disappearing of Igbo Youths by…

Speaking to some journalists, the source said; “A governor from the north-west, the Presidency and some APC chieftains all mounted pressure for the delay of the judgement.

“You can see that the courtroom is even under lock and key, which is not the usual practice when we are not sitting. I don’t know why today should be an exception.”

The court had fixed 2pm for the judgement but when the parties in the case including their lawyers and journalists got to the venue, they were surprised to see the court room doors under lock and key.

The appellate court failed to fix a date for the judgment with the Registrar, Mrs. Christie Aruna‎,  explaining that the court has resolved to communicate a new date to parties in the suit.

Aruna however did not give detailed information on why the delivery of the judgment by the Presiding Judge, Justice Moore Adumein was put off. 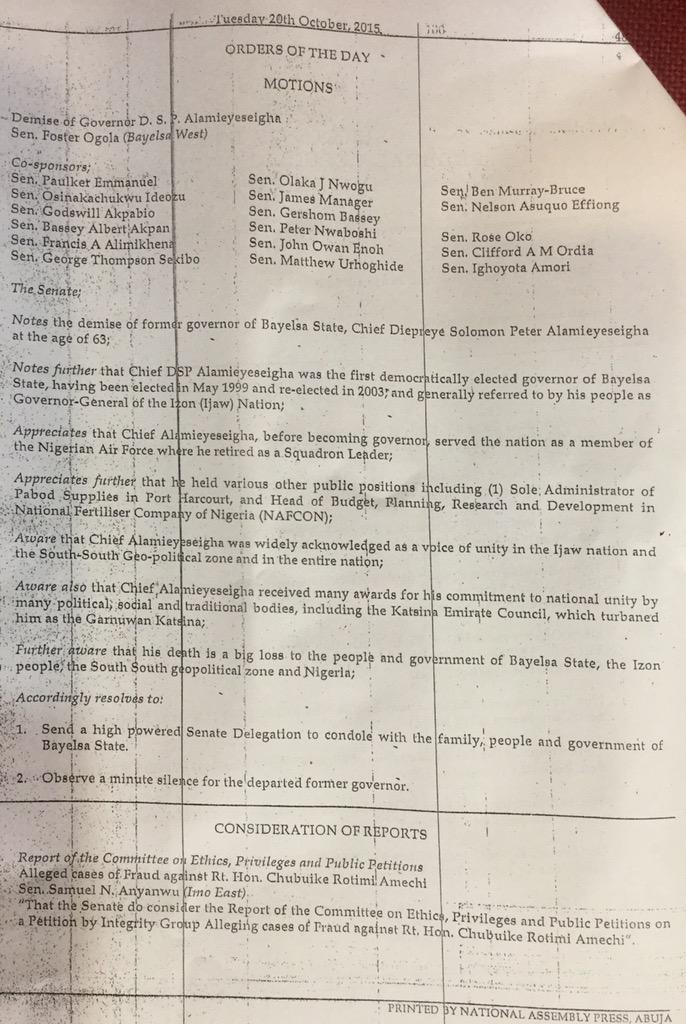 Saraki, who was arraigned last month before the CCT on a 13-count charge of false asset declaration, is appealing the tribunal’s decision to assume jurisdiction over his trial.

Monday’s development generated confusion on why the Court of Appeal, which had promised to deliver its judgment in the appeal before the next hearing date at the CCT,  could not do so and without fixing the judgment for a new date.

No prior notice was given to lawyers in the case that the judgment would no longer be delivered on Monday.

A large number of people interested in the case and journalists, many of whom had ‎already set up their cameras at the entrance of the courtroom ahead of the 2pm scheduled for the judgment on Monday, were left confused.

For a court that normally opens for business even when the Justices are not sitting, the door to the courtroom was locked.

One of the defence counsel, Mr. Kehinde Eleja (SAN), who addressed journalists on the development, said he had been able to reach the court registrar, who informed him that the judgment was not ready.

At the hearing of the appeal on Friday, the Court of Appeal struck out an application for a stay of the CCT’s proceedings filed by Saraki’s lead counsel, Mr. Joseph Daudu (SAN). 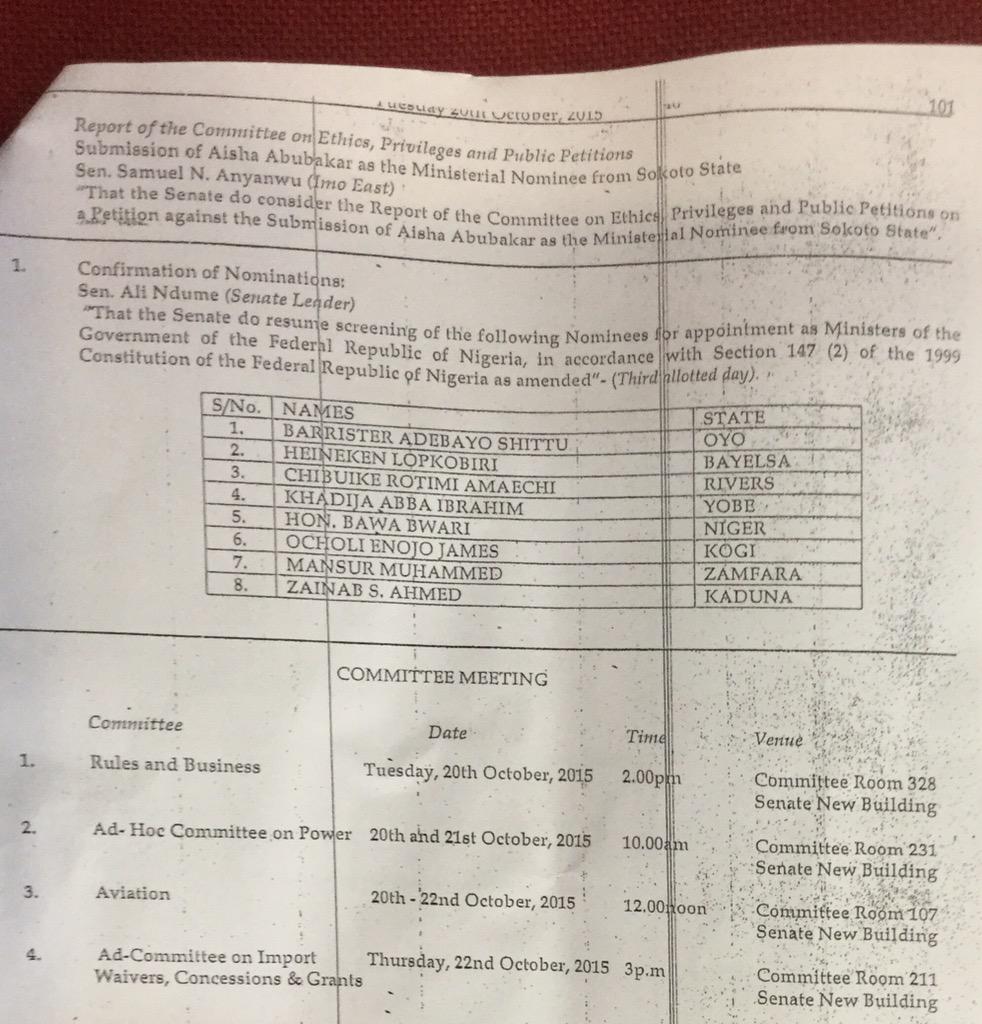 The appeal panel said it would amount to judicial waste of time if it went ahead to hear the appeal and had to deliver a separate ruling on it after th‎e main appeal had been heard.

Saraki is facing 13 counts of false asset declaration charges, to which he pleaded not guilty when he was arraigned before the tribunal on September 22.

The application for stay of the CCT’s proceedings, filed by Saraki’s lawyer, Mr. Joseph Daudu (SAN), was struck out by the Justice Moore Adumein-led Court of Appea‎l panel on Wednesday on the assumption that it would no longer be necessary to hear it since judgment, which would effectively decide the fate of the case at the CCT, would be delivered before the next hearing date of the tribunal.