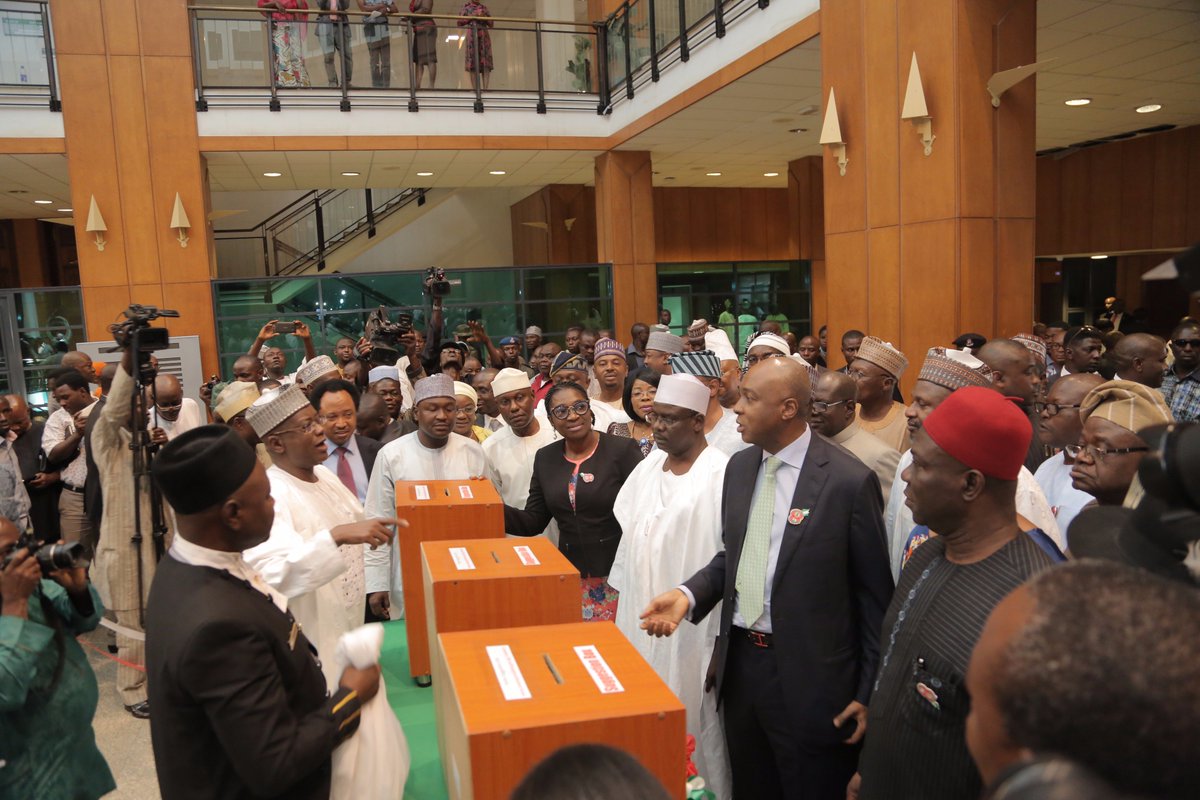 The attention of the Media Office of the Senate President has been drawn to comments regarding the launch of the “Speak to SP Suggestion Boxes” at various points of the National Assembly.

With the efforts of the Senate to promote the two-way interaction between Nigerians and their representatives in the 8th Senate, Senators launched the suggestion boxes in order to allow staff and visitors to the National Assembly to submit internal recommendations on improvements that can be made at the National Assembly.

Additionally, the suggestion boxes are a physical component of the online approach being adopted by the Senate to receive feedback from Nigerians.

Many will remember that earlier this month, the Senate President sent a message to Nigerians seeking their participation in the formulation of the legislative agenda of the 8th Senate.

Many of the credible and practicable recommendations that were submitted online were taken into account, and the Senate adopted them in drafting its legislative agenda.

Additionally, it would be important to state that there was no ceremony to mark the launching of the suggestion boxes.

The Senate President was only accompanied by some of his colleagues for a symbolic ribbon-cutting meant to mark the introduction of the boxes at the National Assembly complex.

The speech that was released to the press was the statement the Senate President was meant to have delivered at the launch. However, as the ribbon-cutting lasted less than five minutes, the speech was skipped all together.

President of the Senate, Federal republic of Nigeria

It Is Not Corruption; It Is the Economy Stupid