Saraki to unveil Ministerial list Tuesday next week, because Buhari delivered it late 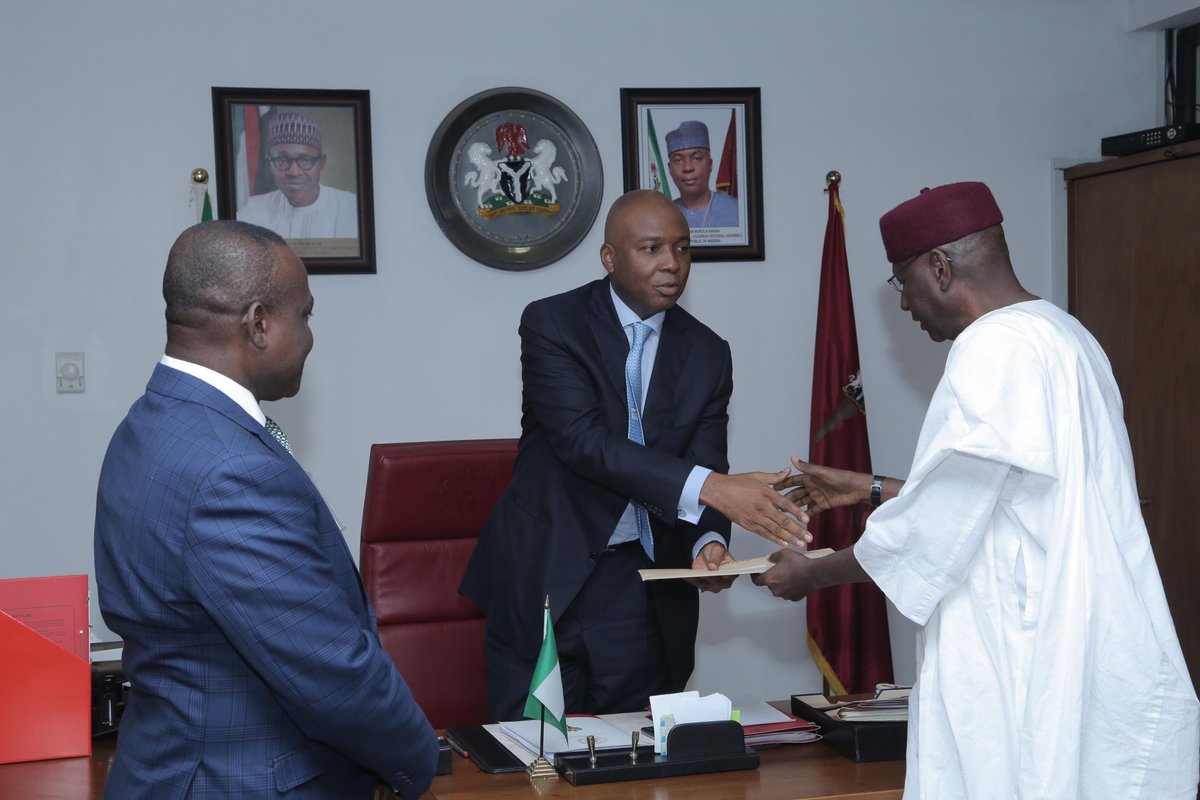 Nigerians will have to wait till Tuesday to know the names on President Muhammadu Buhari’s ministerial list, Elombah.com has learnt. The Senate President Saraki disclosed that he will not make public the ministerial list until at plenary on Tuesday next week.

Long after the Senate adjourned plenary to Tuesday, October 6, after waiting in vain for the list of ministerial nominees from the presidency, the list finally arrived late Wednesday.

Dr. Bukola Saraki disclosed on his Twitter handle that the list was received at 5pm on Wednesday (today).

Elombah.com sharp eyed reporter noted that Senator Saraki being an intelligent man knew why he remained in office even after the close of business hour and accepted ‪#‎Thelist‬ directly under a wall clock, and made sure the picture taken captured the wall clock showing the time. [see above photo]

An observer pointed out that “No one will lie that the list came earlier and the Senate President was not around to receive the list… He successfully removed himself as the next person to be blamed by Buhari for his own failure. Anywhere in the world, anything after the close of business hour is a carryover.”

Saraki said, “I can confirm to you that I have just received the list.”

The much-awaited appointment of ministers which President Muhammadu Buhari promised would be done by September is therefore no longer feasible as the senate could not conduct the screening of the ministerial list following its late arrival.

The Senators, who had eagerly awaited the list, adjourned plenary to Tuesday next week when the list of President Muhammadu Buhari’s ministerial nominees failed to reach the National Assembly on Wednesday as widely expected.

Senator Dino Melaye said on Wednesday that the list had yet to reach the Senate when the Senators dispersed.

It would be recalled that at the plenary session on Wednesday, Senators elected on the platform of the Peoples Democratic Party, PDP had kicked against President Buhari’s failure to submit the list of ministerial nominees as earlier promised.

The president had assured that the list containing the nominees into ministerial offices would be submitted to the Red Chambers latest by September 30 for onward screening and possible confirmation.

But the Senate President, Bukola Saraki who announces correspondences from the president at the beginning of plenary prior to the consideration of any other items in the day’s business could not announce any letter from the President Buhari during the session, as there was no such list at his disposal then.

Buhari, who arrived today from attending the 70th session of the UN General Assembly in New York, had consistently promised to unveil members of his cabinet in September, which ends today.

Meanwhile the President on Tuesday said he would head the Ministry of Petroleum Resources. Buhari dropped the hint in one of the interviews he granted to one of the foreign media in his hotel shortly before departing New York.

“I will serve as the Minister of Petroleum Resources myself,” Buhari told his interviewer.

Elombah.com has also learnt that the Ministerial list would be forwarded in batches.

Sources say that instead of thirty six names, President Buhari sent twenty one names as Ministerial nominees to the Senate President, with plans to send others very early on Tuesday before plenary session.

Senate President Saraki received the long awaited ministerial list from the Chief of Staff to the President, Abba Kyarif of Staff. He was accompanied to Saraki’s office by the Special Adviser to the President on National Assembly Matters, Senator Ita Enang.

Message to Ndigbo on the occassion of Igbo Day ceremony