In this Tuesday, Sept. 29, 2015 photo provided by the Saudi state news agency Saudi Press Agency (SPA), an official from the Saudi Health Ministry talks to a victim who was injured in Thursday&#39;s stampede during the hajj pilgrimage in Mina, as he visits a hospital in Mecca, Saudi Arabia. Riyadh has said that more than 760 pilgrims died in the stampede near Mecca, the worst disaster to strike the annual pilgrimage in a quarter-century. (Saudi Press Agency via AP)

And while Saudi officials previously said the tragedy killed 769 pilgrims, an Associated Press count based on official figures from countries around the world shows at least 999 people perished near Islam’s holy city of Mecca. 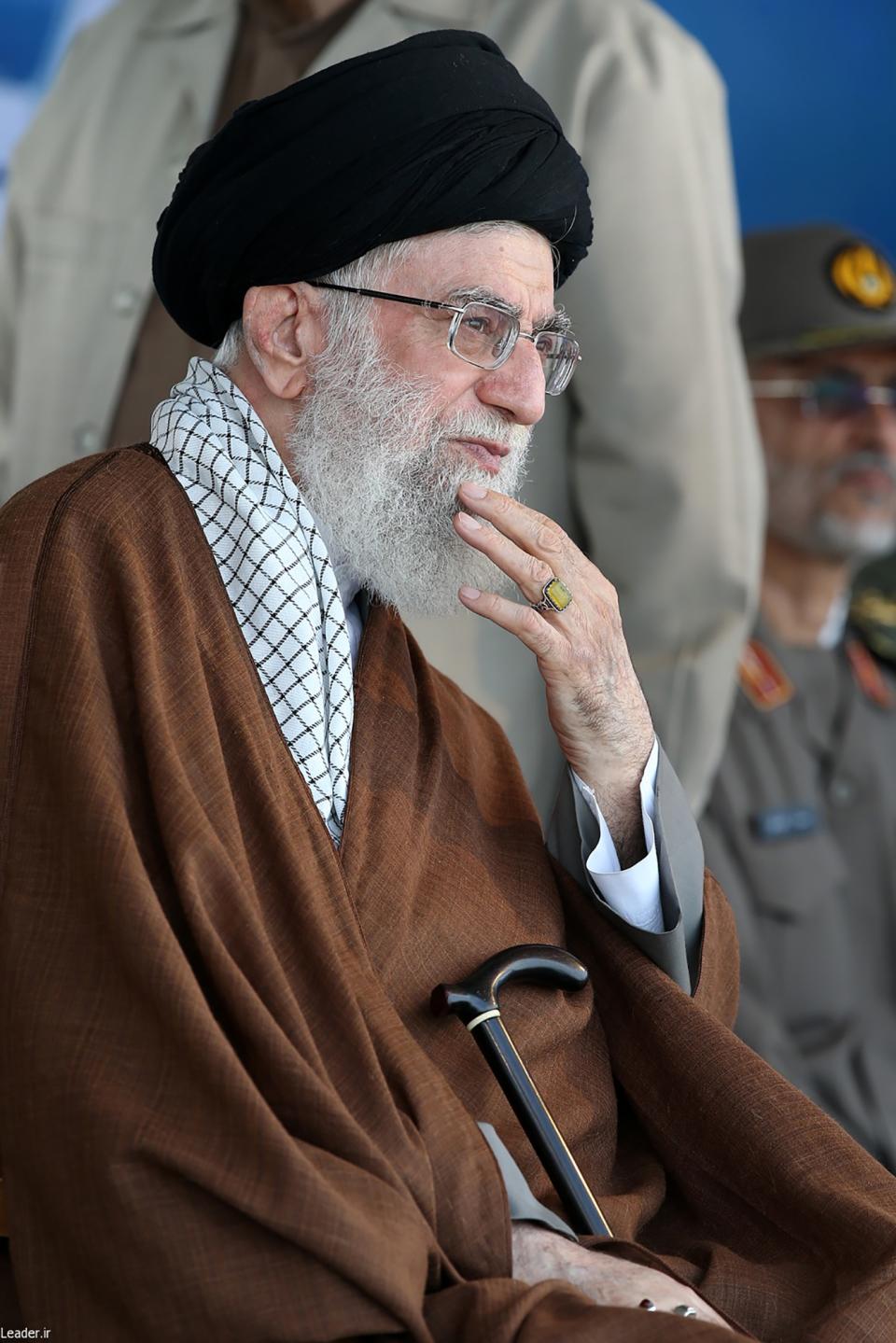 The total figure could be even larger as the AP survey covered only 15 of the more than 180 countries that sent some 2 million pilgrims to the annual pilgrimage, a pillar of Islamic faith. Pakistan, India, Indonesia and Iran all have said the toll may be higher than what the kingdom has presented.

Faisal Alzahrani, the Saudi Health Ministry’s general director of communications, told the AP late Thursday night that his office’s figure of 769 killed and 934 injured in Mina remained accurate. He has said civil defense authorities would announce future totals as Saudi authorities continue to investigate the cause of the disaster.

In this picture released by the official website of the office of the Iranian supreme leader on Wednesday, Sept. 30, 2015, Supreme Leader Ayatollah Ali Khamenei attends a graduation ceremony of the Iranian Navy cadets in the Northern city of Noshahr, Iran. Iran’s top leader on Wednesday warned Saudi Arabia of “harsh” measures if the kingdom fails to promptly repatriate the bodies of more than 200 Iranian pilgrims killed in last week’s hajj stampede. (Office of the Iranian Supreme Leader via AP)

Among all countries, Shiite power Iran appears for now to have lost the most pilgrims. According to the AP count, nearly 600 people from around the world remain missing in Saudi Arabia after the Sept. 24 disaster.

The Iranian state news agency IRNA published a list Thursday night of the 465 pilgrims it said died at Mina.

Saeed Ohadi, the head of Iran’s hajj department, told state television Thursday that Iranian officials are trying to return bodies of Iranian pilgrims “as soon as possible.” He said Iran and Saudi Arabia have agreed not to bury any of the dead in Saudi Arabia without prior permission by Iran or the families of the deceased.

A state television newscaster said missing Iranian pilgrims who remain unaccounted for are included in this latest toll. Among them was Ghazanfar Roknabadi, a former ambassador to Lebanon believed to be close to Iran’s powerful Revolutionary Guard.

The disaster has fed into the bitter regional rivalry between the Sunni Saudi Arabia and the Shiite Iran, which back opposite sides in the wars in Syria and Yemen. On Wednesday, Iran’s Supreme Leader Ayatollah Ali Khamenei warned of “harsh” measures if the kingdom failed to promptly repatriate the bodies of the Islamic Republic’s dead.

Saudi authorities have said the disaster in Mina happened as two waves of pilgrims converged on a narrow road, causing hundreds of people to suffocate or be trampled to death. In previous years, the hajj has drawn more than 3 million pilgrims without any major incidents.

A nurse checks a victim injured in Thursday’s stampede during the hajj pilgrimage in Mina, at a hospital in Mecca, Saudi Arabia, Wednesday, Sept. 30, 2015. Riyadh has said that more than 760 pilgrims died in the stampede near Mecca, the worst disaster to strike the annual pilgrimage in a quarter-century. (AP Photo)

But even before this year’s hajj began, disaster struck Mecca as a construction crane crashed into the Grand Mosque on Sept. 11, killing at least 111 people.

The accusations of mismanagement of the pilgrimage strike at a key pillar of the Saudi royal family’s prestige. King Salman, who oversaw his first hajj as ruler of the oil-rich kingdom, holds the title of the “custodian of the two holy mosques.”

Iran has led a chorus of international criticism directed at Saudi Arabia’s response to the incident, saying its diplomats were not given access to victims until days after the stampede. That’s a criticism also levied by Indonesia, the Muslim world’s most populous country.

Iranians have staged daily protests near the Saudi Embassy in Tehran, and President Hassan Rouhani devoted a significant part of his speech at the U.N. General Assembly on Monday to blaming Saudi authorities for the disaster and demanding it be “fully investigated.”

Indonesia, Pakistan and India all have said their diplomats received some 1,100 pictures of the dead in the hajj disaster, suggesting a higher death toll than what Saudi officials have announced. However, Saudi Interior Ministry spokesman Maj. Gen. Mansour al-Turki told the AP on Tuesday that the photos are of those who died during the entire pilgrimage from a variety of causes and not just at the disaster in Mina.

The AP count of the dead from the Mina crush and stampede includes countries that have offered formal statements through their hajj commissions or in state media broadcasts about their dead. The countries all specifically said those who died were killed in the Mina disaster on Sept. 24.

Of those countries still reporting pilgrims missing after the Mina event, Nigeria has the most with 244, followed by Cameroon with 90, Pakistan 85, Indonesia 74, Egypt 72, India 16, Kenya eight and Turkey five.

Russian Scientist Claims He Knows The Secret To Eternal Life