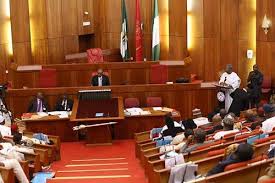 The Chairman, Senate Committee on Federal Character and Inter-Governmental Affairs, Sen. Tijani Kaura has commended the management team of the State House for prudent management of the 2016 budget.

Speaking during an oversight visit to the State House, on Monday in Abuja, Sen. Kaura, who led a team of senators, expressed satisfaction on the budget performance for 2016, particularly on the recurrent expenditure.

‘‘We have observed a very prudent management of the 2016 budget and we are proud to say that indeed the ‘Change Agenda’ has begun with the implementation of the State House budget.

‘‘We commend the management team and we hope that our interactions with you will prepare both sides for the receipt of the 2017 budget,’’ he said.

The Permanent Secretary, State House, Jalal Arabi told the Senators that out of a total allocation of N3.84 billion for the recurrent expenditure in 2016, the State House has received N2.71 billion to date, representing 70.69 per cent.

He said a total of N2.53 billion has so far been expended on projects for which funds were released.

‘‘Suffice it to note that all the amounts released are project-tied so they were judiciously applied to those projects.

‘‘We are still expecting additional releases before the end of the year to enable us pay contractors that have executed jobs awarded to them,’’ the Permanent Secretary said.

Arabi also observed that as a result of irregular and delayed releases, the travel arrangements of the President and the Vice President had often faced challenges.

He added that the settlement of staff claims arising from official assignments has also been affected by the irregular releases.

On the 2017 budget proposal of N13.5 billion, the Permanent Secretary hinted that no new projects will be conceived because some of the ongoing projects in 2016 would be rolled over.