Senator Abaribe Applies To Be Discharged As Nnamdi Kanu’s Surety 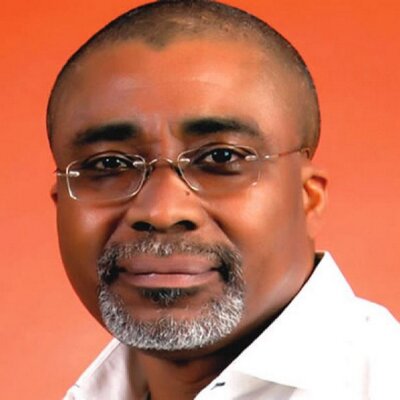 Abuja, Nigeria – Enyinaya Abaribe,, the Senator representing Abia South Senatorial District, has applied to the court to be discharged from the suretyship, bond and recognizance of the bail of the leader of the Indigenous People of Biafra (IPOB), Nnamdi Kanu.

In an application filed against the Federal Government, Nnamdi Kanu, and his co-defendants, Senator Abaribe is asking the court to make an order discharging him as surety to Kanu.

The Senator prayed the court to discharge him entirely from the incidence of Kanu’s bail.

He is also asking for a discharge of the bond used for Kanu’s bail and a refund of N100 million or any other bond paid to the court sequel to the bail.

The grounds upon which Senator Abaribe sought the reliefs include that the Nigerian army during a raid at the residence of the IPOB leader engaged in a fracas with members of the group which has been proscribed by the federal government.

Abaribe said since the raid by the Nigerian Army, the first defendant has not been seen or reached.

He also said Kanu is yet to make any public appearance or any statement since the raid.

Abaribe said: “Since the aforestated visit of the Nigerian Army to the residence of the first defendant from September 11, 2017, the second respondent in this suit has not been seen again nor reached on phone the applicant neither is he reported in any news media as seen by any person nor made any statement on any issue.”

The Senator said since September 20, the report in the media is that the first respondent (Federal Government) has proscribed IPOB an organization led by Kanu and declared the organization a terrorist organization.

He said security agencies of the Federal Government are interested in the second respondent.

The applicant lacks the capacity to produce a person stated by the first respondent to be a member of a terrorist organization or any person who the first respondent is reported to be interested in his whereabouts in the aftermath of the military operation in Abia state,” Abaribe said in his application.

Senator Abaribe, a Jewish Rabbi and traditional ruler stood as surety for the IPOB leader in August when he was granted bail by Justice Binta Nyako of the Federal High Court.

The surety and bond of N100 million each which was made available by Senator Abaribe and the two others helped in the release of Kanu from the Kuje Prison in Abuja where he was being held for over a year.

Kanu and his co-defendants, Benjamin Madubugwu, David Nwawuisi and Chidiebere Onwudiwe are facing a criminal trial of treasonable felony, conspiracy, and concealing of good imported into the country.

As at the filing of this report the application though before justice Binta Nyako is yet to be heard.

But the Federal Government has asked for the revocation of the bail granted to Nnamdi Kanu the self-styled leader of the indegenous people of Biafra.

The government is also asking them to issue a bench warrant for the arrest of Mr. Kanu and also order Senator Enyinaya Abaribe, Immanuel Shalum, Kosisochukwu Uchenna to show because why the bail bond of 100 million naira each shall not be forfeited or in the alternative commit the three of them to prison.

On the ground that Mr. Kanu has voided his bail and did not show up in court.

Justice Nyako has asked Mr. Ejiofor, the counsel to Nnamdi Kanu, for the whereabouts of his client.

He replied that his client was willing and ready to appear before this court.

According to Mr Ejifor, “Since the invasion of his house by the Nigerian Army on the orders of the Federal Government, I don’t know where my client is.

Justice Binta replied by asking for the sureties.

Counsel to the surety had informed the court that his client does not also know where Kanu is following the invasion by the Army.

But Justice Binta said Abaribe cannot rescue himself as a surety except he produces him or in the alternative, he will have to forefoot the bail bond.

She then asked the lawyer what his client will choose and has also given him a third alternative to ask for time to produce him.

Counsel to Senator Abaribe then asked the court for time to consult with the Lawmaker.