*Advocates sufficiency in production before ban on importation 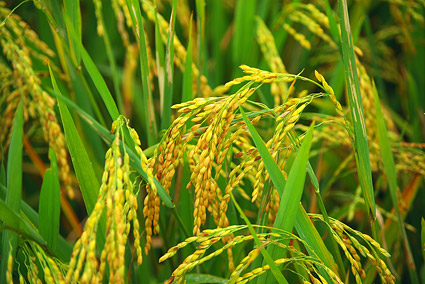 Senator Abdullahi Adamu, the Chairman, Senate Committee on Agriculture, says sufficiency in rice production by Nigerian farmers must be certain if ban on rice importation is to make any meaning.

Adamu told the News Agency of Nigeria (NAN) in Abuja on Friday that Nigeria‘s current level of rice production was not commensurate with its teeming population.

The senator said ban on importation of rice would be sustainable if certain factors were properly addressed, including the issue of supply and demand and accurate census of the population.

“There are quite a number of factors: we must not kid ourselves, the population that we say we have, I believe we are more than the official figure we are throwing around.

“We are more than 170 million people: the fact is that we are not producing enough to feed this population,

“So, even if you wake up tomorrow and say stop bringing in anything food, yes; you can do that.

“You can start tuning the psyche of the population to accept the reality and try to adjust but is that the best approach?

“What is inhibiting our capacity to stop importation is the issue of supply and demand and unfortunately we don’t have enough of what we want.”

He, however, said that the ban on the importation of food crops would go a long way in stimulating the indigenous farmers to increase their level of production of the banned items for improved earnings.

The erstwhile President of All Farmers Association of Nigeria (AFAN) further said that rice importation was in a way increasing unemployment and inducing more losses for Nigerian farmers.

“Those who are into the business of importing, they will do anything to make sure that the import regime continues because that is how they make their money.

“The countries from where they import the commodities support our people buying from them and support the government or talk good of the government that supports import to our country from their countries.

“Each time we import from these countries we are putting their farmers in business and we are making their economy tick to the extent of our involvement economically with the produce we buy.

“I believe that the very fundamental responsibility, basis of any government, as we keep saying, is the protection and security of life and property.

“It starts with life and without food there can be no life; when you eat good and nutritious food that ensures your health and growth then you can pursue other legitimate businesses

“So protection of life and property starts in a very ordinary way with capacity to feed: every citizen should be able to have three meals.”

He gave assurance that the present administration would make good its promises to improve the agricultural sector.

Adamu stressed the imperativeness of making food available at affordable rate to all Nigerians to enhance the general wellbeing of the populace.

NAN reports that ban on importation of food crops such as rice and wheat has been on the agenda of successive administrations.

What Is Going On in Abuja – by Dele Momodu