Senate Minority leader, Godswill Akpabio on Monday met the National leader of All Progressive Congress (APC), Asiwaju Bola Ahmed Tinubu, in Abuja ahead of his defection to the ruling party on Thursday in Akwa-Ibom State. 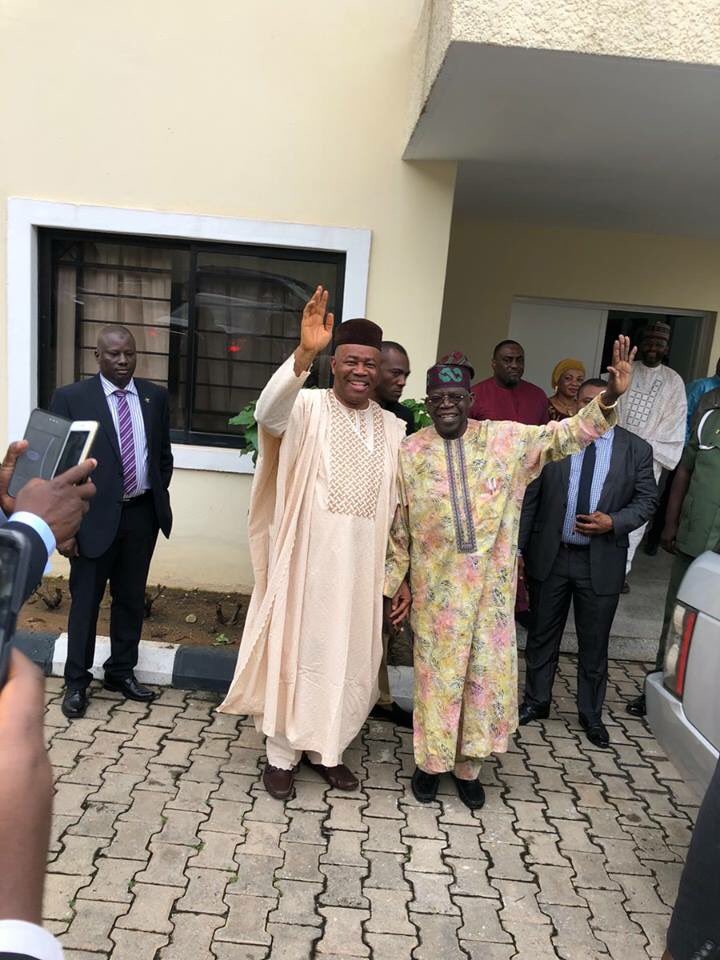 Akpabio is meeting with Tinubu twenty four hours after he visited President Muhammadu Buhari in London.

Just In: Senate Minority Leader Godswill Akpabio meets with #APC Leader, Bola Tinubu in Abuja this afternoon. Both Men are in consultation a day after the #PDP Senator met with President Buhari in London amid speculation of his planned defection to the #APC @channelstv pic.twitter.com/T6QJ24JADd