Shall We Tell the President? by Olusegun Adeniyi 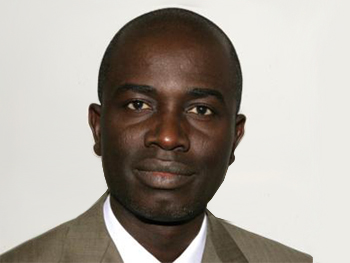 It is now more than six months since President Muhammadu Buhari was elected in a contest whose outcome was not challenged by the defeated incumbent. It is also 122 days since he was sworn into office. Yet for a man who spent 12 years seeking the presidency, and one who had led the country before, it is baffling that nobody can say for sure the direction of Buhari’s administration. And while it is evident that he needs help badly as the economy goes into a tailspin, Nigerians were willing to give him time to assemble a credible team.

In an Op-ed piece in “Washington Post” on July 20 this year, President Buhari wrote: “When cabinet ministers are appointed in September, it will be some months after I took the oath of office…it would neither be prudent nor serve the interests of sound government to have made these appointments immediately on my elevation to the presidency; instead, Nigeria must first put new rules of conduct and good governance in place.”

On September 7, President Buhari reiterated in Aburi, Ghana: “After I was sworn-in, I said I will have my cabinet in September. I expect that Nigerians should ask me questions after the 30th of September if I do not do so.” About three weeks later on September 26, his spokesman, On 26September, just last week, presidential spokesman, Mr. Femi Adesina told Vanguard Newspaper: “Time given has not yet elapsed and the president himself said if by September 30 there is no cabinet, you should come and ask him questions. That is it.”

With the foregoing assurances, the expectation has been that, with the release of the list of his ministerial nominees that has taken him forever to do, it would be easy to use the character of such people to hazard a guess as to where he is leading Nigeria. However, by the time the Senate adjourned their session yesterday afternoon, there was no such ministerial list. It was about 5pm yesterday that the Senate President, Dr. Bukola Saraki, revealed on his Twitter handle that he had just received the list of nominees.

At the end of the day, the names on the list, as I discovered last night, were people he could have picked a day after his inauguration on May 30 this year: A sitting APC senator from his (Katsina) state, former APC Governors from Lagos, Ekiti and Rivers            States, former APC Senator from Anambra State, defeated APC gubernatorial candidate from Taraba State, APC National Publicity Secretary who hails from Kwara State, a Third Republic Governor and APC supremo from Abia State and so on.

While I have no problem with the nominees, the inability of President Buhari to have his cabinet in place six months after being elected–and without the distraction of facing any tribunal–may be symptomatic of what to expect from this administration. What is even more perplexing is that the president actually believed he could rely on civil servants who are always “directed” to do things (not based on their own initiatives) and never take responsibility for anything.

According to a Yoruba adage, it takes just one day to mess up but the consequences could reverberate for a whole lifetime. President Buhari came to office with enormous goodwill but he seems not to be concerned that he could easily fritter it away because of the way he is handling the issue of critical appointments. The point is that Nigeria is in dire straits and it would take assembling a strong and committed team for the president to get us out of the hole we are currently in. And that cannot take forever to do.

Regrettably, the Nigerian public expected rightly, that the president would have used the time of this delay to lay down the policy direction of his administration. That unfortunately did not happen. Therefore, even when the cabinet is fully convened, the ministers will still navigate their way through the thick fog of presidential silence to figure out exactly what this is all about.

The Verdict By Olusegun Adeniyi:  olusegun.adeniyi@thisdaylive.com