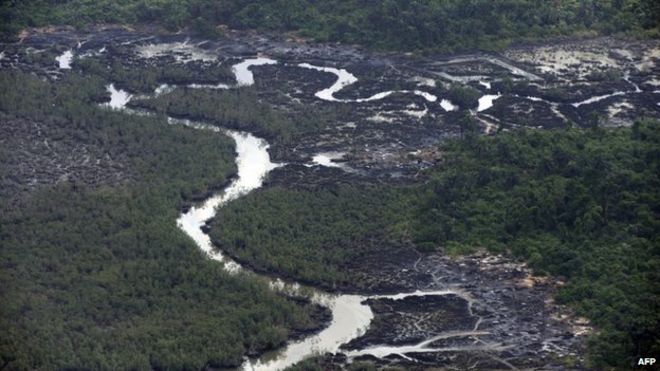 Despite Shell’s claim that most oil spilt in the region is caused by sabotage and attempts at theft, the oil giant has been accused of making false claims about the extent of its clean-up operations in Nigeria.

In a joint report, Amnesty International and the Centre for Environment, Human Rights and Development said Shell had failed to implement UN recommendations.

The report said several sites Shell claimed to have had cleaned up were still polluted.

Shell has said that it disagrees with the report’s findings.

A 2011 report by the United Nations Environment Programme (UNEP) found that oil spills in the Ogoniland region of southern Nigeria had contaminated drinking water, wrecked the fishing industry and threatened the health of local people.

Shell stopped drilling oil in Ogoniland in 1993 after growing unrest in the area. 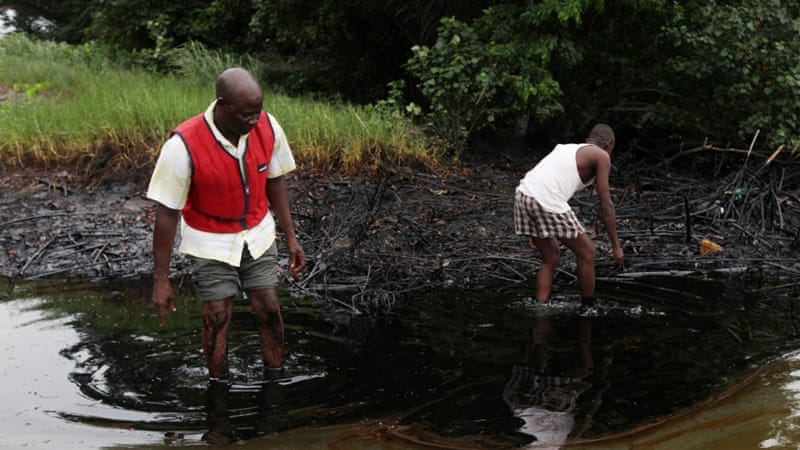 Earlier this year, it agreed a $84m (£55m) settlement with residents of the Bodo community in Ogoniland for two massive oil spills in 2008 and 2009.

Although Shell accepts that spills in the region have occurred through the failure of pipelines it says pollution is also caused by oil theft and illegal refining.

The Amnesty/CEHRD report says four spill sites identified as highly polluted in 2011 all remained “visibly contaminated in 2015, even though Shell says it has cleaned them”.

“The investigation demonstrates this is due to inadequate clean-up, and not new oil spills,” it says.

“By inadequately cleaning up the pollution from its pipelines and wells, Shell is leaving thousands of women, men and children exposed to contaminated land, water and air, in some cases for years or even decades,” said Mark Dummett, Business and Human Rights researcher at Amnesty.

The report also accuses the Nigerian government of failing to properly regulate the oil industry.

Shell says it rejects the findings and says it is “committed to cleaning up all spills”.

It says a thorough clean-up of Ogoniland will take many years to achieve.

There Will Be Ministers Without Portfolio, Buhari Insists