Women were barbarically killed alongside their husbands and their fellow Muslims cheer “kill them, shoot them, they deserve no mercy”. What a strange country! 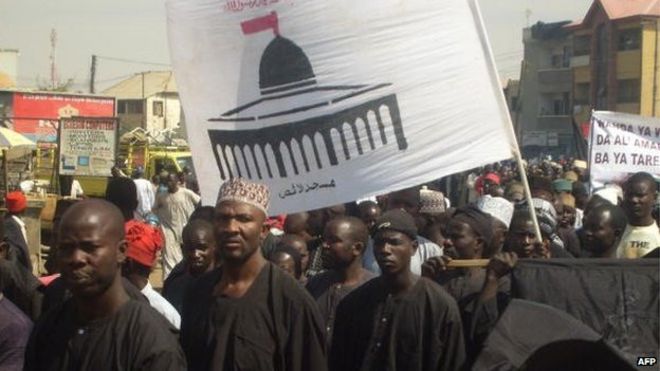 An axiomatic quote has it that “An age is called dark not because the light fails to shine but because people refuse to see it”.

The future of northern Nigeria hangs in the balance, the inhabitants think the greatest threat to their future isn’t Boko Haram’s campaign of terror whose six years of bloody insurgency has resulted in the deaths of more than 30 thousand people, they think their future is not threatened by the encroachment of Salafism with a bizarre ideology that has been destabilising virtually every Muslim country.

The elites and their like-mind minions think their future isn’t threatened by the generation of beggars, street urchins, scrubby tramps, forsaken orphans, displaced women and illiterate damsels who in times without numbers roam the streets in a forlorn attempt to eke out a living with a view to keeping their bodies and souls together.

They think their future is secure even if they fail to prepare for their senescence by promoting education and saving for the future.

They think their future is not threatened by ethnic violence and climate change which kill and displace thousands yearly. The northern governors think the only elixir for peace in the north is the total abrogation of Shiesm in Nigeria.

They think Shia under the stewardship of Sheikh Ibrahim Zakzaky is a step closer to metamorphose into such an armed group as Boko Haram right? The northern governors think Shias are paying no heed to the laws of the land, even though decades of their movement has killed no one not even a security agent.

They think Shias pose threats in spite of the fact that their supreme leader has been severally detained on phantom allegations, but he never resorts to violence despite the killings of hundreds of his followers in the past decades.

He hosts and organises unity week programme every year in spite of the fact that most of his fellow Muslims hate him.

He never preaches hatred towards Sunni Scholars even though they always launch vitriolic remarks against him. The elites hate him even though he never turns to them for financial assistance. The pacifist Sheikh sees no reason to be violent despite killing three of his children last year and 31 members.

The members see no reason to be violent even though soldiers extra-judicially pounced on his followers killing them like ants, demolishing their sanctuary and desecrating their graveyards without compunction. 72 children were shot at a close range the way IS executes its captives.

Women were barbarically killed alongside their husbands and their fellow Muslims cheer “kill them, shoot them, they deserve no mercy”. What a strange country!

Islamic Movement in Nigeria is here to stay, killings, threats and provocations won’t deter it from its noble course let alone transform them into an armed group.

And the future of the north is bleak so long as its leaders continue to play politics with the lives of its people.