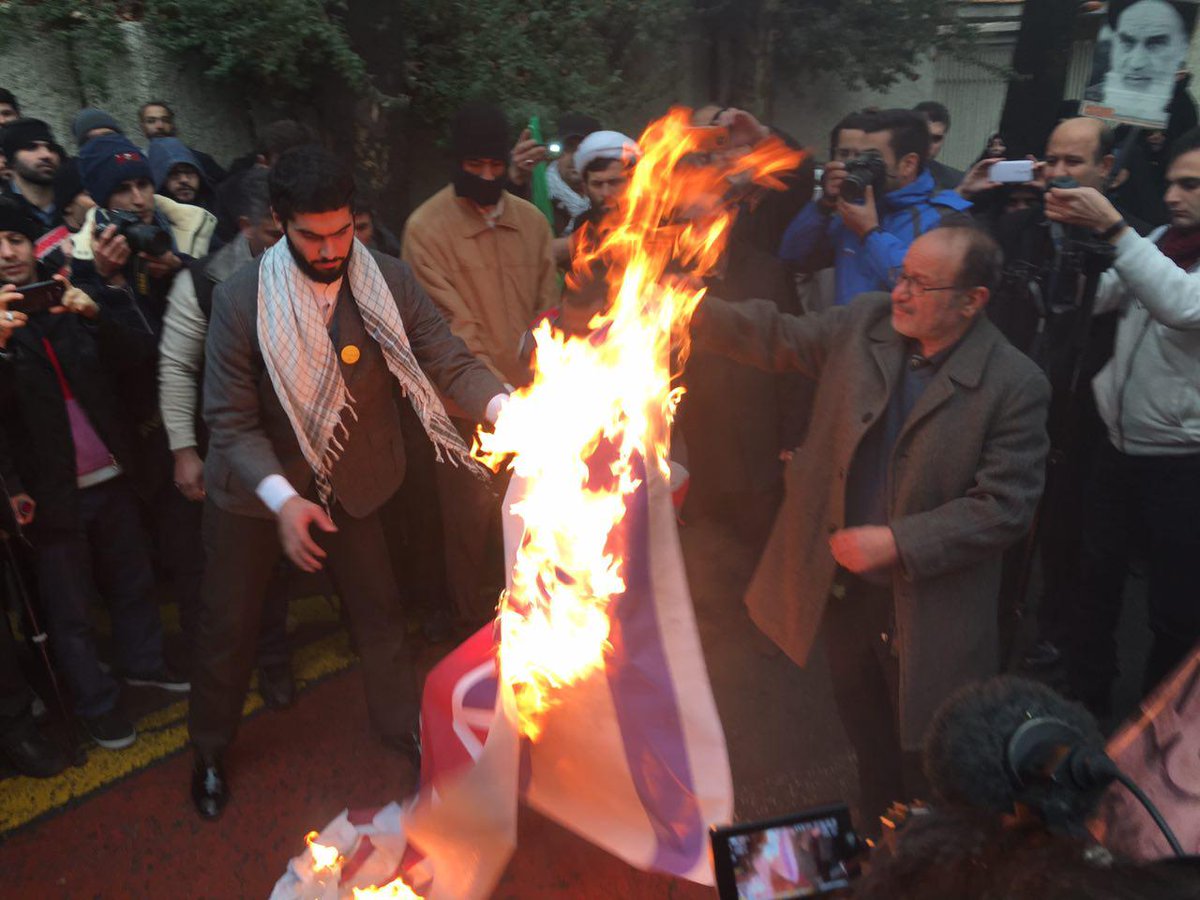 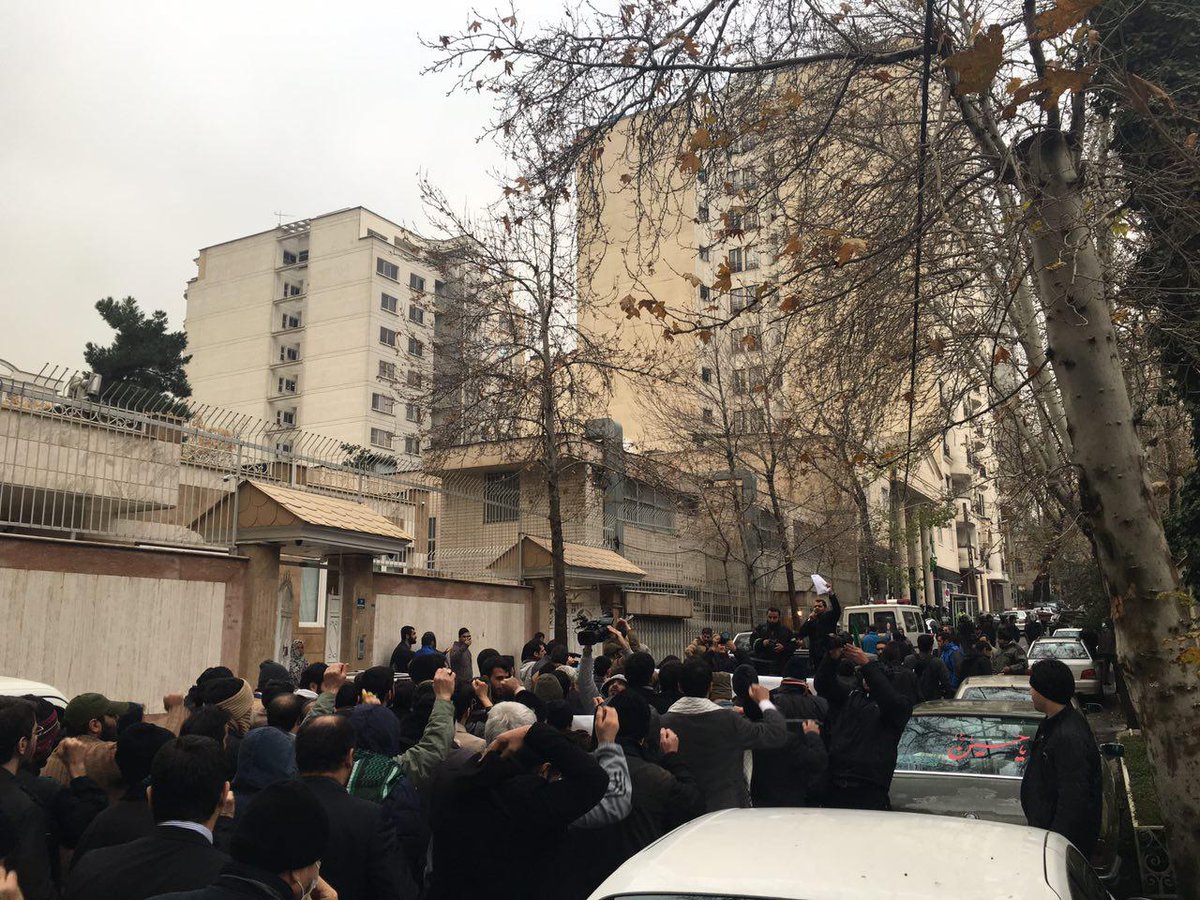 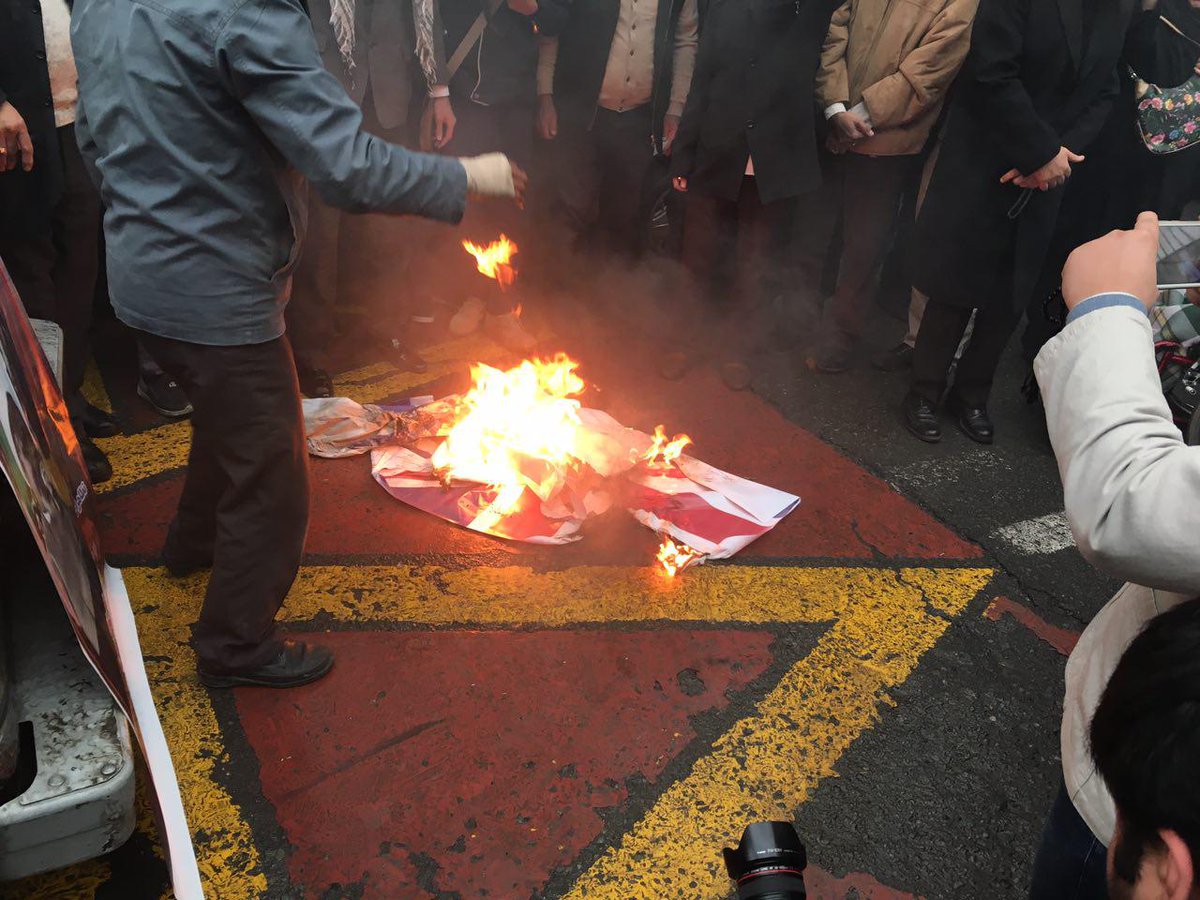 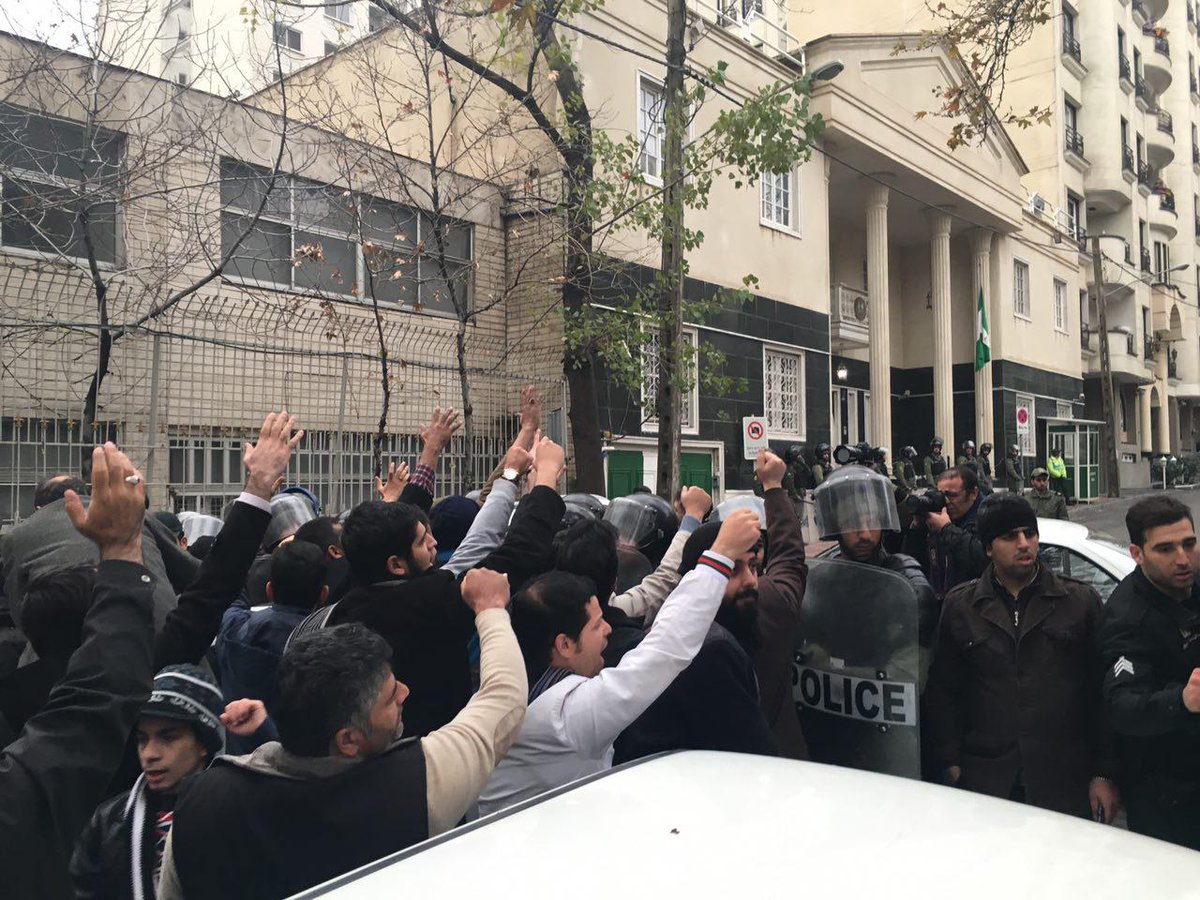 A Number of Iranians gather in front of #Nigeria embassy in #Tehran to protest against Nigerian Army attack on Shias. A group of Iranian people held a rally in front of the Nigerian embassy in Tehran on Tuesday to condemn the heavy crackdown against Shiite Muslims in the African country and the Nigerian army’s massacre of dozens of Shiites.

The Iranian Foreign Ministry on Monday summoned the Nigerian diplomat to receive Iran’s protest after the deadly attacks on Shias in the northern Nigerian city of Zaria, in Kaduna State.

Reports said soldiers on Saturday opened fire on Shia Muslims attending a ceremony in Hussainiyyah Baqeeyatullah, a religious center in Zaria. The Shias had reportedly stopped the convoy of Nigeria’s Chief of Army Staff Lieutenant General Tukur Yusuf Buratai as Ibrahim al-Zakzaky, the leader of the Islamic Movement of Nigeria, was planning a speech in the religious center. Several Muslims were killed in the attacks.

Following the incident, Nigerian forces raided the home of the top Shia cleric and arrested him after killing several of those protecting him, including one of the group’s senior leaders and its spokesman.

The demonstrators called on the Nigerian government to address the attacks on Shiite Muslims. They also voiced support for prominent Shiite Nigerian cleric Sheikh Ibrahim Zakzaky, who has been wounded in an attack by the military forces on his house in Nigeria’s northern city of Zaria and is now in custody.

In a statement at the end of the rally, the protestors slammed the recent attacks on Nigerian Shiite people as part of a “Takfiri-Zionist” plot, saying the US and Israeli regimes have the blood of the victims on their hands.

They also called on the Abuja government to prevent harassment of the Shiite Muslims.

Director of a local hospital has reported that at least 60 people have been killed this weekend when the Nigerian army raided the Shiite community and arrested Sheikh Zakzaky.

The Nigerian Army alleges that members of the movement were involved in an attack on the convoy of the Chief of Nigeria’s Army Staff, Tukur Buratai. The Islamic Movement has vehemently denied the allegations.

Following last Saturday’s violent clash between the Nigerian Army and members of the Muslim sect, Shiite, in Zaria, Kaduna State, Iran has called on Nigerian authorities to respect religious figures and sites.

“Nigeria… is now dealing with problems arising from extremism and Takfiri terrorism and we hope that in these conditions preservation of calm and national unity in battling terrorism is prioritized while rash and unconstructive measures are avoided,” IRNA quoted Iran’s Foreign Ministry Spokesman Hossein Jaber-Ansari as saying on Sunday.

Jaber-Ansari expressed sorrow over the recent bloody clashes, which broke out between Muslim worshipers and government troops, Weekend.

This Government Is Out To Silence Me – Olisa Metuh Cries out